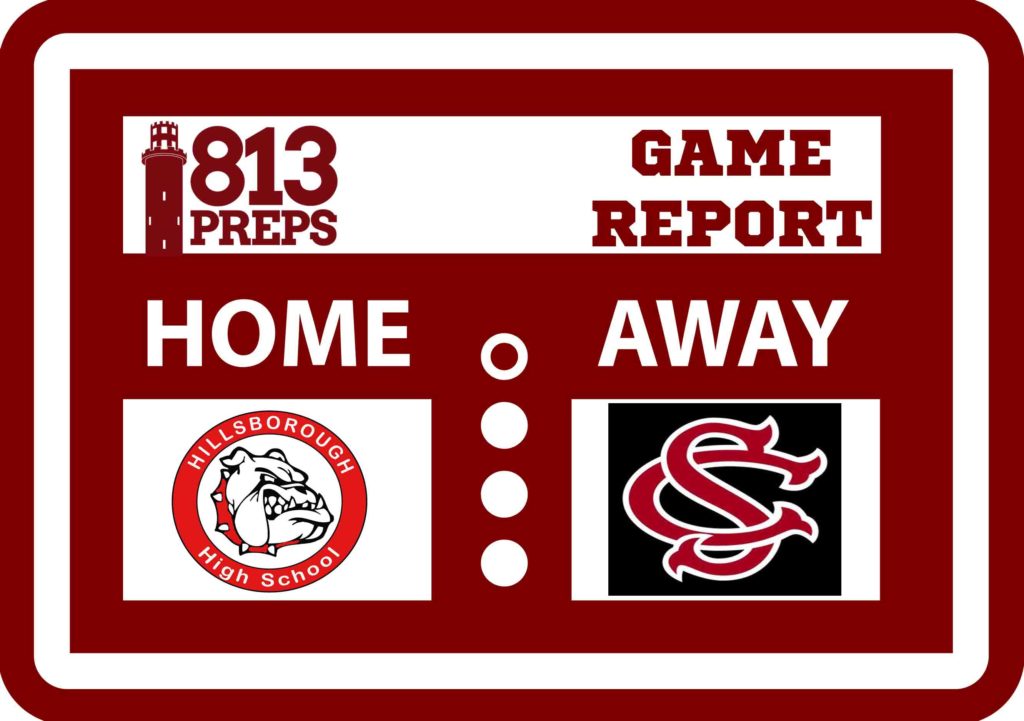 TAMPA – Sophomore Zach Redner drove in four runs and Strawberry Crest used some nifty defense in support of starting pitcher Colby Fanning in an 8-3 victory over Hillsborough on Saturday.

The Chargers (15-8) jumped to an early lead, scoring in the first inning on an RBI groundout by Redner and in the third on a sacrifice fly from junior Ethan Pues (2-for-3, two RBI).

But really the first three innings were a showcase for the Strawberry Crest defense.

With runners on second and third and one out in the first, Tanner Jones hit what appeared to be a sacrifice fly to center, only to see senior Alex Mussenden nail Jack Slater at the plate with a perfect strike.

The Chargers would record double-plays in each of the first three innings, as Fanning (4ip, one earned) was able to keep his pitch count down.

“I know Hillsborough is a good team, so I didn’t want to come out flat,” said Fanning. “I just wanted to attack the hitters and figure out the umpire’s strike zone. He wasn’t giving me anything low, so I made the adjustment. Muss (Mussenden) hosing that guy at home really gave us some momentum.”

Strawberry Crest extended their lead adding five runs in the fourth, as Ray Allen Vasquez (2-for-3) started the scoring with an RBI single. Later in the inning Redner (1-for-3, four RBI) laced a two-out bases-loaded, opposite-field double to drive in a pair, followed by Fanning (2-for-5, two runs) scoring on a wild pitch and an RBI double by Pues.

“I’ve been seeing a lot of curveballs lately, and I was looking for one middle in,” said Redner. “I just wanted to put one in play to score.”

The Terriers attempted a late comeback as Salvy Urso (2-for-3) and Cameron Mallo (1-for-3, triple) added RBI and a wild pitch cut the lead to 7-3, but that was as close as it would get.

Hillsborough is back in action this week against Carrollwood Day on Tuesday and Berkeley Prep on Thursday; while the Chargers travel to Wharton on Thursday.