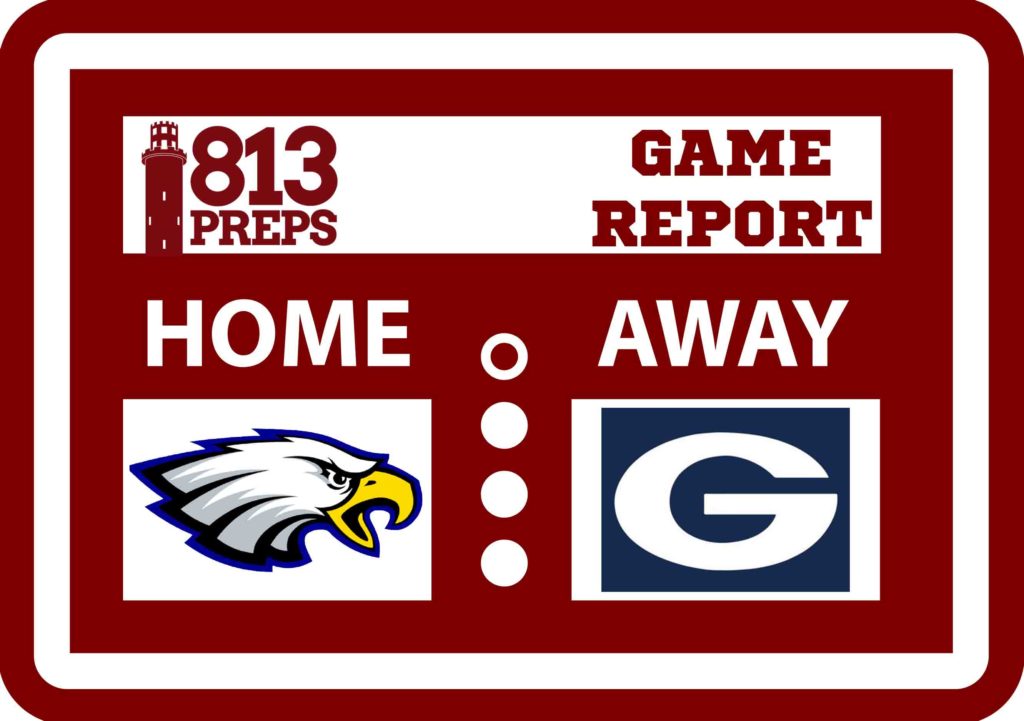 “My mindset was to do what I’ve been doing all season,” Said Jackson. “I had good success pitching here last time, so I wanted to recreate what I did. And add in a few new wrinkles.”

The senior righty did just that, tossing a complete-game while scattering three hits and striking out 10 as Gaither advanced to Thursday’s district final game with a 7-1 win over host East Lake on Tuesday night.

The Eagles got on the board in the bottom of The first as catcher Marco Dinges singled, advanced to third and eventually scored on a pair of wild pitches.

After USF signee Austin Grause (2-for-3, BB) looped a single to right to start the inning, Nico Dimillo drilled a ball to the gap in left center. Grause was initially called out after a headfirst slide into home; however, the call was overturned after several minutes as it appeared that Dinges dropped the ball.

“I was looking to go the other way to move Austin over, but their pitcher made a mistake and I made him pay for it,” said Dimillo. “Thankfully, he scored because that was a huge run for us, and it gave the boys in the dugout a lot of energy.”

The play would be the start of a wild frame for Gaither.

With two outs, Dimillo scored after an errant throw from shortstop on a routine grounder from C.J. Hanson that would have ended the inning.

The Cowboys added three additional runs as Hanson (2-for-4) and courtesy runner David Gonzales each scored on wild pitches, and Miguel Pina scored on an error during an attempted pickoff.

The four-run lead was more than enough for Jackson, who was in rhythm for the rest of the contest.

“In the first, I was really trying to get a feel for my slider,” he noted. “I knew I just had to get through the inning and establish my strike zone. I was able to establish my fastball early.”

Gaither added some insurance in the top of the seventh, capping the scoring with RBI singles from Izzy Oliva and Jacob Choe.

Next up for the Cowboys is the district final on Thursday versus the winner of tomorrow’s Sunlake -Mitchell semifinal matchup.