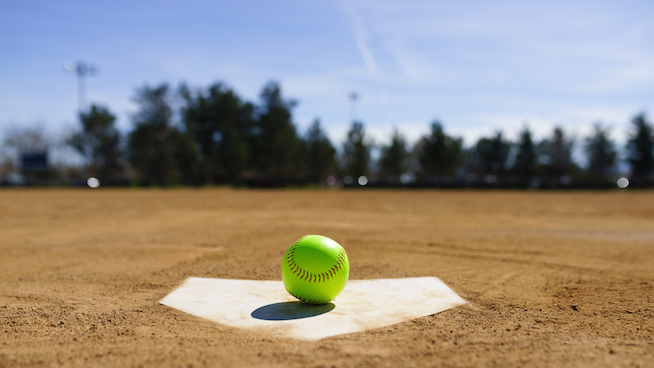 Class 9A-District 8
Championship
Palm Harbor 10,
Newsome 7
Newsome got ahead early, but couldn’t hold off Palm Harbor
as the top-seeded Hurricanes claimed the 9A-8 district crown. Wolves senior
Maggie Trgo was 4-for-5, hit a double and scored three times, Lindsey Harper
had a double, three hits and drove in two, while Bailee Leistl, Leah Zatkiewicz
and Bailey Cross had multi-hit games.
Class 8A-District 4
Championship
Wharton 9, Strawberry
Crest 3
Wharton bookended a first-ever district championship win by
scoring four runs in the first off of RBI singles by Asia Thomas, Jordyn
Gendron and Hannah Perkins, and added a five run sixth keyed by a three-run
homer by Thomas to defeat the Chargers. Hana Schwindler was 3-for-4 with two
runs scored for the Wildcats. Strawberry Crest got a bases clearing triple by
Emma Cooper in the fourth, and Rachel Peak also tripled in the loss.

Class 6A-District 8
Championship
Robinson 9, Jefferson
0
Robinson senior Sammy Conlan worked a complete-game shutout,
striking out three and added a 3-for-4, three RBI night to her efforts to help
the Knights to a district title. Olivia Longshore scored four times in the win
and Alexis Smith went 2-for-4,  with two
runs scored and two RBI.

Class 4A-District 4
Championship
Tampa Catholic 4,
Holy Names 3
Tampa Catholic opened up with a run in the first, but added
three more in the top of the fifth and held off a Holy Names rally to claim the
4A-4 crown. Hera Varmah tripled in a pair in the fifth to give the Crusaders
extra insurance. Alexa Russo and Alli Adamy each had two hits and a run scored
in the win.

DISTRICT CHAMPS!!! thank you to everyone who supported us during regular season & districts let’s take this journey to Regionals pic.twitter.com/RtArnGFpdu

Class 3A-District 4
Championship
Carrollwood Day 12, Lakeland
Christian 9
A big seven-run sixth inning pushed Carrollwood Day in a
comeback win over Lakeland Christian in the 3A-4 district championship. Big RBI
doubles from Emma Frost, Kylie Coffin and Madeleine Schabes keyed the inning,
and Zoe Elverillo had a run-scoring single as well. Kacey Akins had a triple
and two RBI and Sydney Pelaez had two hits and scored twice in the Patriots win.

* Stats compiled by coaches contact as well as information provided on Twitter, MaxPreps.com and GameChanger.
* Coaches: If you would like to provide further information after your games please contact editor Jarrett Guthrie via:
e-mail – jarrettguthrie@813Preps.com – or – by text – (813) 951-6865.
* We are just getting started here at 813Preps.com if you are enjoying our work, or would like to tip us off about stories about your student-athletes, please let us know by commenting, sharing, or e-mailing directly.