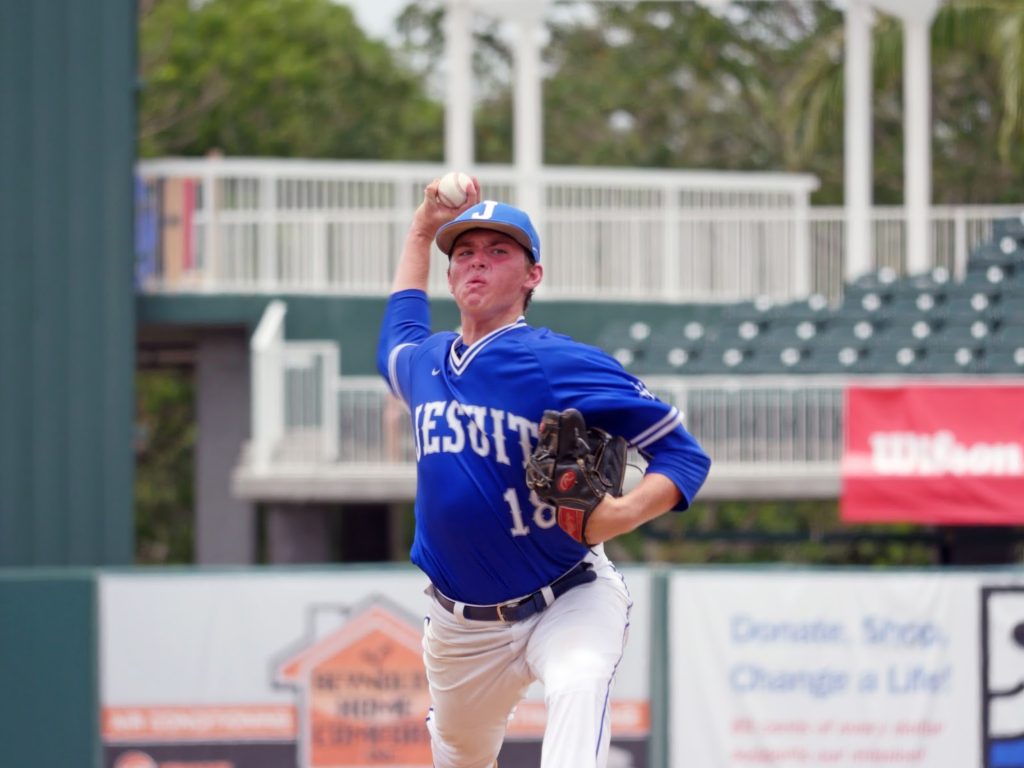 Jesuit senior Jeff Hakanson was solid in his first-ever start for the Tigers. Hakanson went 6 innings, allowing one run, and striking out seven in a no-decision. (Photo provided by Jesuit High School)

By Jarrett Guthrie
FORT MYERS – In a championship showdown against one of the state’s best, Jesuit got all it could have hoped for from closer/relief specialist extraordinaire, senior Jeff Hakanson, called to make his first-ever high school start.
Unfortunately, the pitch count piled up and Fort Lauderdale’s Archbishop McCarthy was patient, finally getting to the bullpen, as the Tigers faltered late and Jesuit fell to the Mavericks 5-1, in the FHSAA Class 6A state final.
Back in mid-March, trailing by a run, Jesuit turned to Hakanson in the third inning of the Saladino Tournament final against Alonso,
and the righty gave the Tigers five shutout innings as his team rallied for a championship win.
After that performance, Tigers coach Miguel Menendez said he had set his mind: should Jesuit reach the state final, Hakanson would be his guy.
“Probably back after he threw against Alonso in the Saladino Championship game,” Menendez said. “I’m not going to lie, I thought at a minimum we should be here in this game … We thought it was going to be us and McCarthy in the state championship game.” 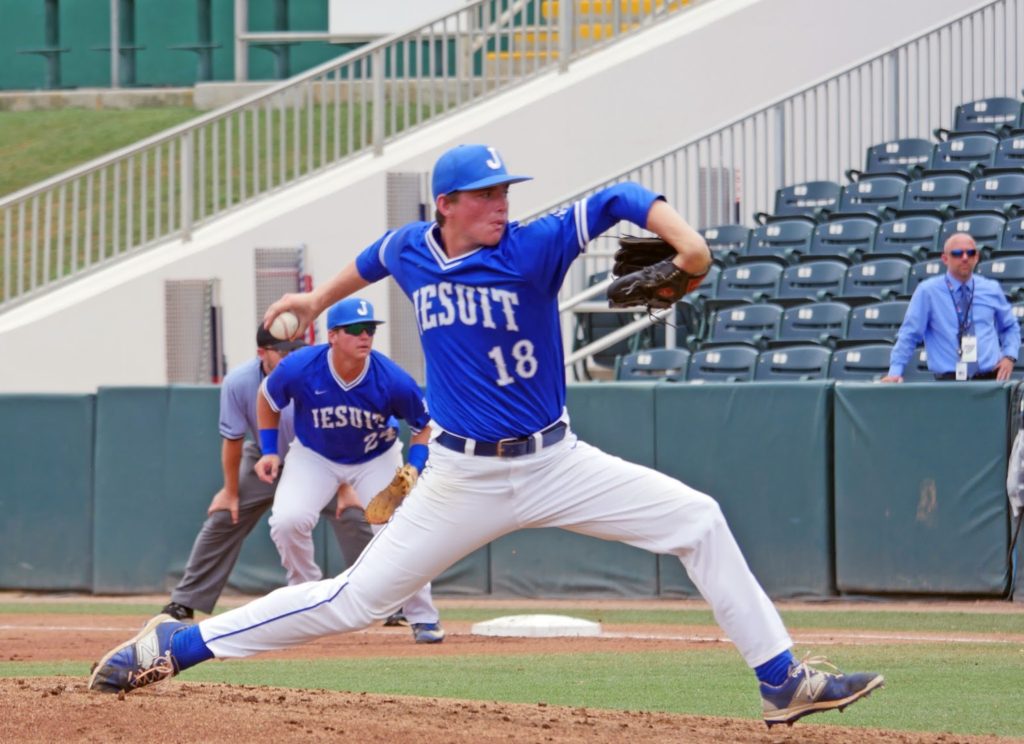 The future UCF Knight didn’t disappoint as he went six, solid innings in the final yielding just one run and striking out seven, before leaving in a tie game.

“(Hakanson) has been our best guy,” Menendez said. “We were going to go down swinging with our best guy and give ourselves the best shot.”
However, the effort wasn’t enough as the bullpen couldn’t
get outs against Archbishop McCarthy in the seventh, and the Mavericks won its third-straight state title.
“We just didn’t throw strikes, obviously we pushed all our
chips in with Jeff (making) the start, and you can see why,” Menendez said. “He’s been outstanding all year and pitched in a lot of big games, and big situations for us, but that was a pretty good first and only high school start against that team and that lineup.”
Archbishop McCarthy (29-2) entered with a No. 2 national ranking (MaxPreps’ Xcellent 25 rankings), but Hakanson looked unfazed even after allowing a pair of runners in the top of the first, allowing just three more hits over the next five innings.
“I just think of it as really the same thing,” Hakanson said of starting instead of relieving. “It’s the same game, same goal, you have to do those same things to get those outs.”
Jesuit (25-7) opened the scoring as senior Thomas Bencivenga (3-for-3, run scored) led off the fourth with a single, as an Alex Mocny double moved him to third, before Mitchell Thrower singled in a run. However, the Tigers missed a chance to open things up as a runner was caught off third on a missed squeeze bunt attempt and a strikeout ended the threat. 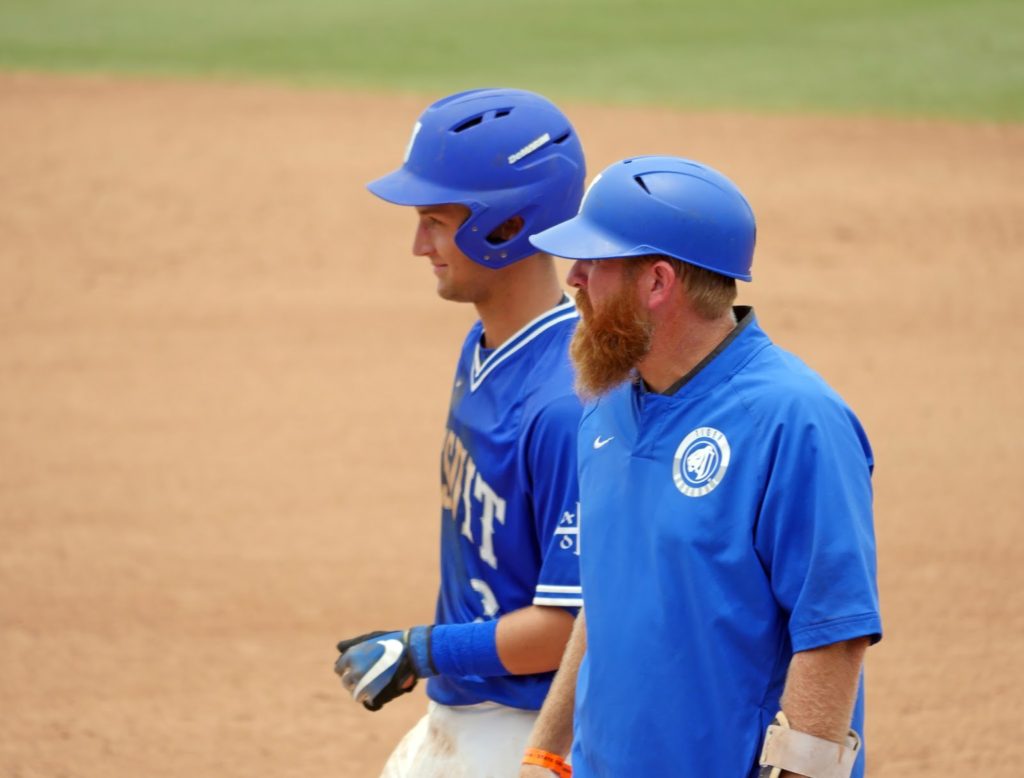 Jesuit had just two runners reach after the fourth, as the offense had no answer for Mavericks senior Johnny Leone who earned the win with six innings pitched. McCarthy tied things in the sixth as Alex Toral drove an RBI single to center.

The Mavericks loaded the bases in the seventh before an RBI walk plated the decider, and subsequent runs scored on a hit batter, another walk, and a sac fly.

“There is a reason why (Archbishop McCarthy) has won 7-of-the-last-8 state titles and they showed it with the last five outs,” Menendez said. “With five outs away, with everything we wanted and they did what great teams do.”

Defensively both third basemen came up with Big League plays as Mavericks junior Alejandro Macario made a great backhanded play on a grounder and a nice throw to first for an inning-ending out, and Jesuit hot corner, senior Bencivenga made a diving catch on a liner rip to end the sixth. 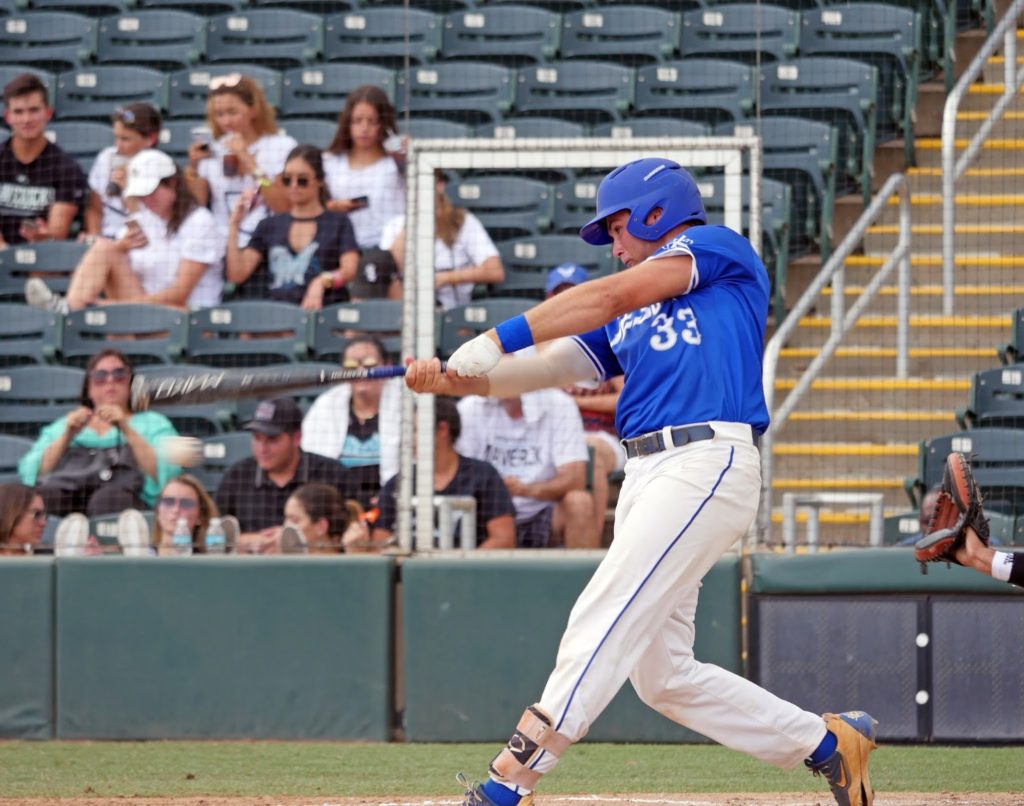 Jesuit senior 3B Thomas Bencivenga led off three innings with a single and scored the Tigers run in the state final game (photo provided by Jesuit High School).

“(Jesuit) brought it,” Mavericks coach Richard Bielski said. “They didn’t care that we were 28-2, or ranked No. 2 in the nation, they didn’t care. They came after us. That is an example of two Catholic schools going at it about as hard as any two team’s can go at it.”
Jesuit senior Duncan Hunter also had a single in the loss. Hunter, along with first baseman Jake Jones and second baseman Mocny were members of Jesuit’s 2014 state title team, and are among the 11 seniors on the 2017 state runner-up team. 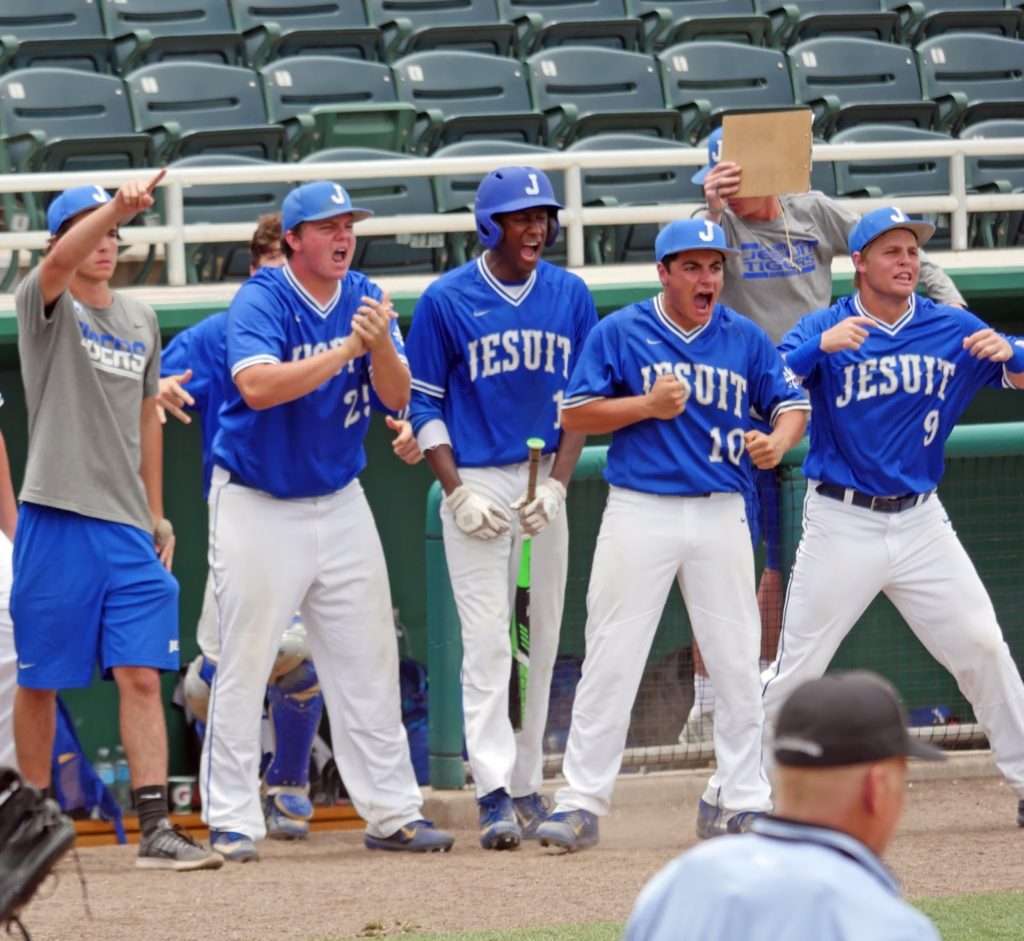