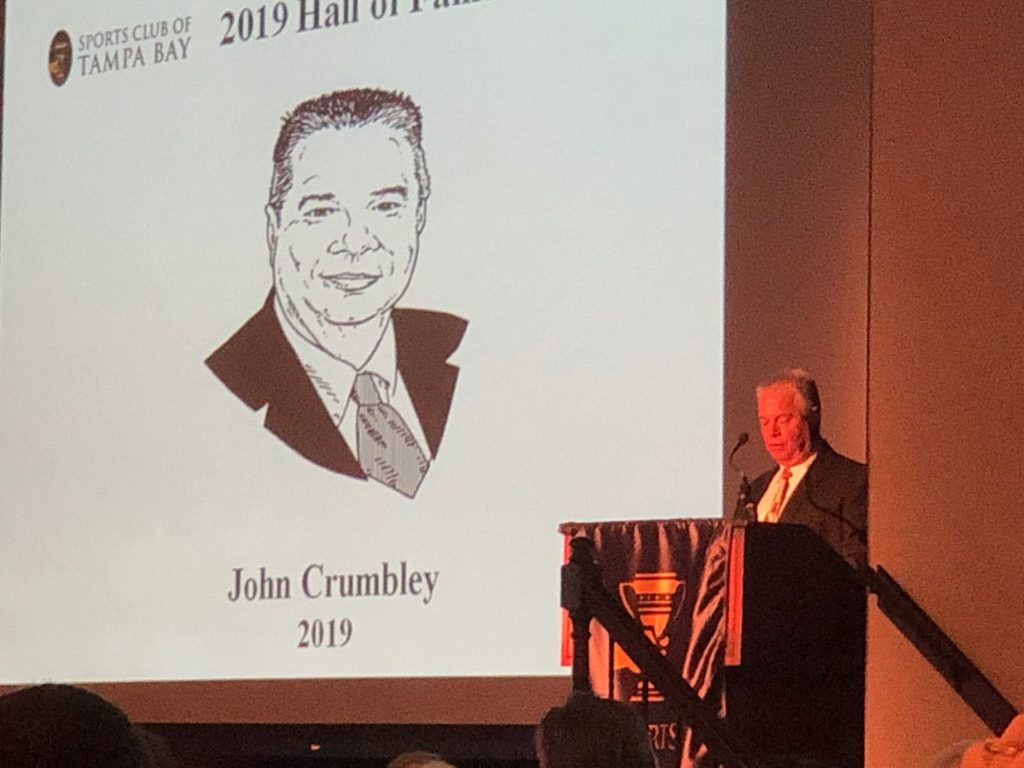 Our editor Jarrett Guthrie had a great time Wednesday night at the Sports Club of Tampa Bay Hall of Fame induction ceremony hosted at the T. Pepin Hospitality Center, where Steinbrenner head baseball coach John Crumbley was inducted into this year’s class.

Chase Centala struck out five, working three innings and allowing one hit as Sickles defeated Chamberlain. Centala also ent 2-for-3 at the plate with a double and three RBI, while seniors Danny Bernstein and Dylan Eskew each doubled and drove in two.

King scored three runs in the home half of the seventh, ending the game on an RBI liner single from Will Marquart to defeat district opponent Hillsborough. Marquart also started the scoring for the Lions with an RBI sac fly in the first inning, and Dontavious Johnson added an RBI single to the seventh inning rally as well. Zan Rose earned the win on the mound, striking out five in two innings of relief. For the Terriers, Trevor Jones had a double and an RBI and Jack Slater drove in a pair.

Visiting St. Ignatius defeated Jesuit behind a late grand slam from Michael McNamara, who finished with five total RBI in the game. Jesuit, which dropped its first game of the season on Monday to Sarasota, took a third inning lead on an RBI single by Cole Russo (2-for-4), but the Wildcats pulled away in the final three innings. The Tigers tried to rally in the seventh, scoring a run when Ethan Valdez led off with a single, advanced to third on a Bennett Lee double and scored on balk, and Lee scored on a BJ Graham single, but couldn’t extend the game further.