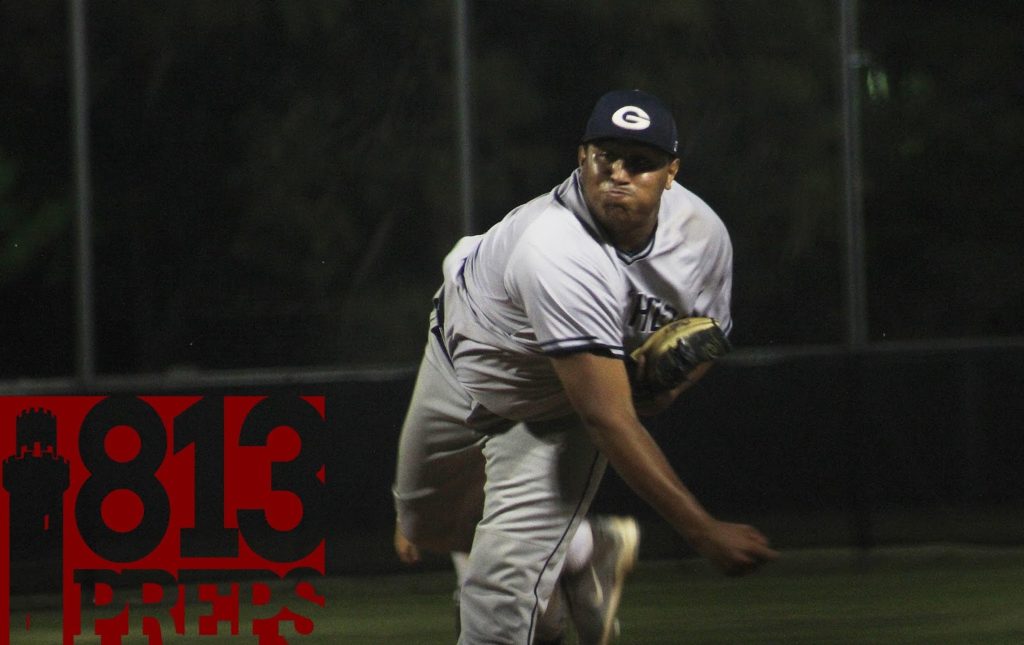 Gaither senior righty Roy Peguero came in to stop a Hillsborough rally and ended up earning the win on the mound as the Cowboys pulled away in a district win on the road.

TAMPA – Gaither looked like it was poised to wrap things up early Thursday night jumping out to a six-run lead in the fourth, but Hillsborough made it a bit of a challenge tying the game and forcing the Cowboys to dig deep.

Though at one point head coach Nelson North tried to bury his helmet in the third base box in frustration, the Cowboys kept producing at the plate and Gaither came away with a 13-7 win, remaining undefeated in Class 7A-District 8 play this season.

Gaither (9-4, 5-0 in 7A-8) stretched out to the big lead in the third with three runs highlighted by a Willie Jackson double, and furthered the spread with four runs in the next frame with RBI singles from Carlos Chicon and CJ Hanson.

But the Terriers came storming back in the home fourth with six runs on four hits, led by a two-run single from Dwayne House, and run producing hits by Juan Jaime-Nunez and Carlos Romero.

Here is the two run single by Hillsborough’s Dwayne House in B4 to cut lead to 7-3. pic.twitter.com/WZ5DFUzm0V

The Hillsborough (4-9, 1-4 in 7A-8) rally came to a screeching halt though, as Cowboys’ sophomore catcher Jacob Choe fired a ball down to third base to catch a Terriers runner trying to steal third. A costly mistake with a pair of runners aboard.

“I took advantage of their mistake,” Choe said. “I practice that throw every day, so it just came naturally to me.”

“It’s nice to have the ball – that responsibility – in your hands. I trust every one of my teammates, but sometimes it’s nice when you get to have control.”

From there it was a new ballgame and Gaither’s big righty Roy Peguero, who was called on to stem the tide in the ugly fourth, worked two more shutout innings on the hill. The 6-foot-7 senior struck out four in 2 2/3 innings of work and is now 3-1 on the season.

Hmmm. Bad decision there. But Gaither C Jacob Choe up to the challenge. Ends the 4th with a hose to third to catch a runner. pic.twitter.com/HYGYQBdY0v 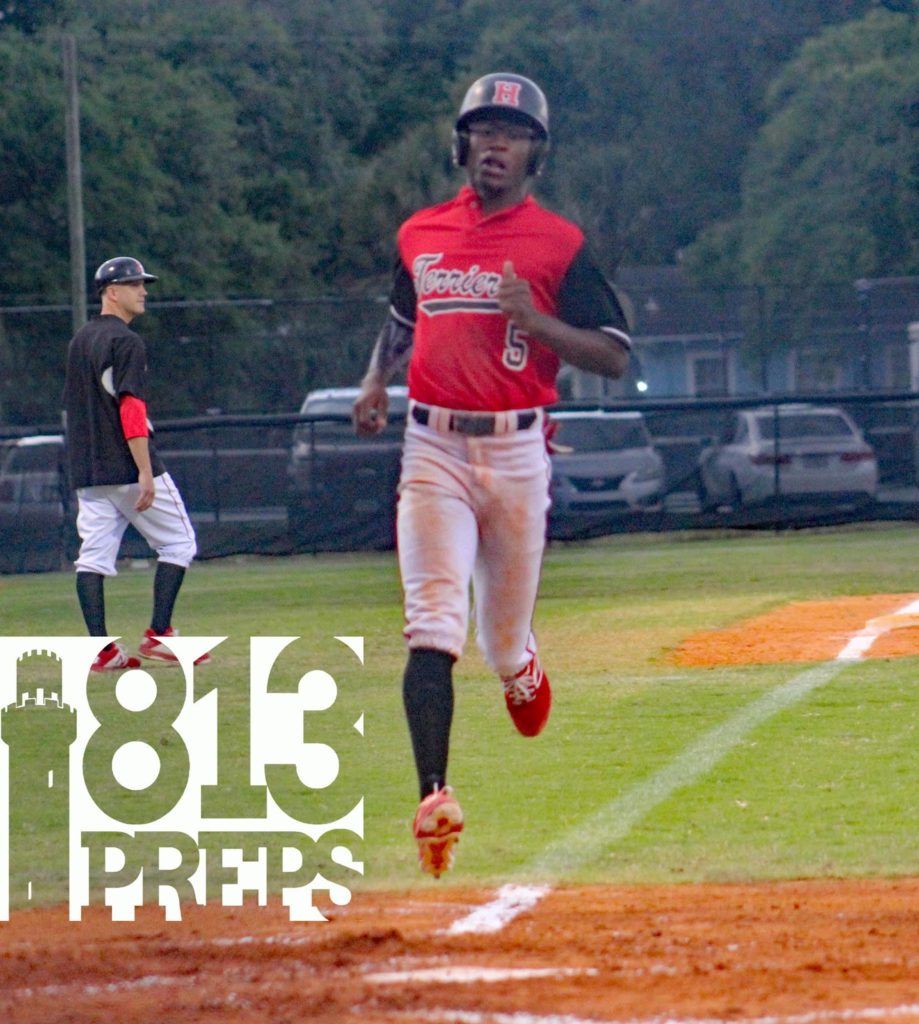 In response, the Cowboys made an ugly fifth from Hillsborough including two errors, two wild pitches and two walks hurt, pushing the game out of reach with a four-run inning led by an RBI ground ball by Chicon (2-for-4, two runs, two RBI).

“We started off jumping out, but things started to slow down for us a little in the fourth,” Chicon said. “But our boys are real good at staying in the game, keeping our heads up and that’s how we did this tonight.”

“When they came back, I went in the dugout told my boys it was time to get up,” Perez said. “They came back, made this 7-7, but we kept our heads up, got clutch hits and fought through it.”

Ben Vazquez worked around a two-out walk to finishing things on the mound for the Cowboys striking out a pair in his inning of work.

Terence Doston scored a pair of runs for the Terriers in defeat and junior Ian Gunderson allowed one walk, but struck out two in his lone inning on the mound.