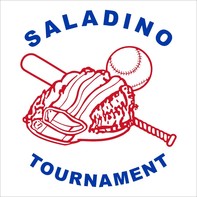 According to Saladino, the ruling was made by Hillsborough County athletic director Lanness Robinson in a meeting held with both Saladino, and his father, tournament founder Tony Saladino, Jr. on Monday morning.

The ruling follows along with that of the Florida High School Athletic Association mandate two weeks ago that said the Plant City would have to forfeit its win over Durant in the tournament final after it was ruled that the Raiders exceeded the pitch count limit established by the FHSAA in 2017 (for more on this click to read our story).

“This was definitely an unfortunate situation for everybody involved, all three parties being Plant City, Durant and the tournament,” Saladino III said. “However, the ruling from the state and (Hillsborough County AD) Lanness Robinson is that the title is to be vacated.”

He added: “We are all glad this is behind us and we are looking forward to next year and tournament No. 40.”