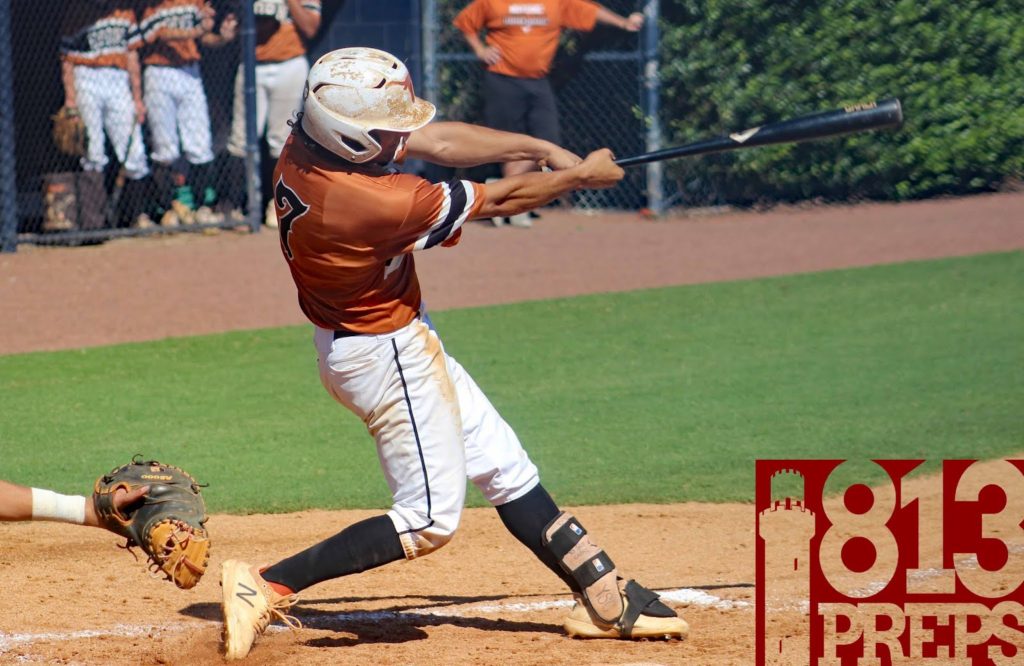 His name is Yazael Nunez. That might be news to some of his Lennard High teammates, who have known the shortstop and pitcher simply as Yoyo. The origin of that moniker was the first thing our Bob Bellone wanted to know during a recent interview.

Your nickname certainly is easier to remember and pronounce than your given name. How did you come to be called Yoyo?

Ever since 9-U, my coaches always called me Yoyo. I forget the reason why, but it’s just been sticking ever since.

Does your family call you that?

They don’t go by Yoyo, but my grandma actually started calling me Yoyo after seeing me on Facebook and all the posts. It’s kind of strange.

You’re from Puerto Rico, which has produced so many baseball greats. The list, of course, is topped by Hall of Famers Roberto Clemente, Orlando Cepeda, Roberto Alomar and Ivan Rodriguez. Do you have a favorite player from there?

My favorite is not currently a Hall of Famer, but he’s a player that’s consistent and gives it his all. It’s (Cleveland Indians All-Star shortstop) Francisco Lindor. I try to, not play like him, but apply some of his tools, some of the different things he brings to the baseball field. I’ve been up to date with all his stats. 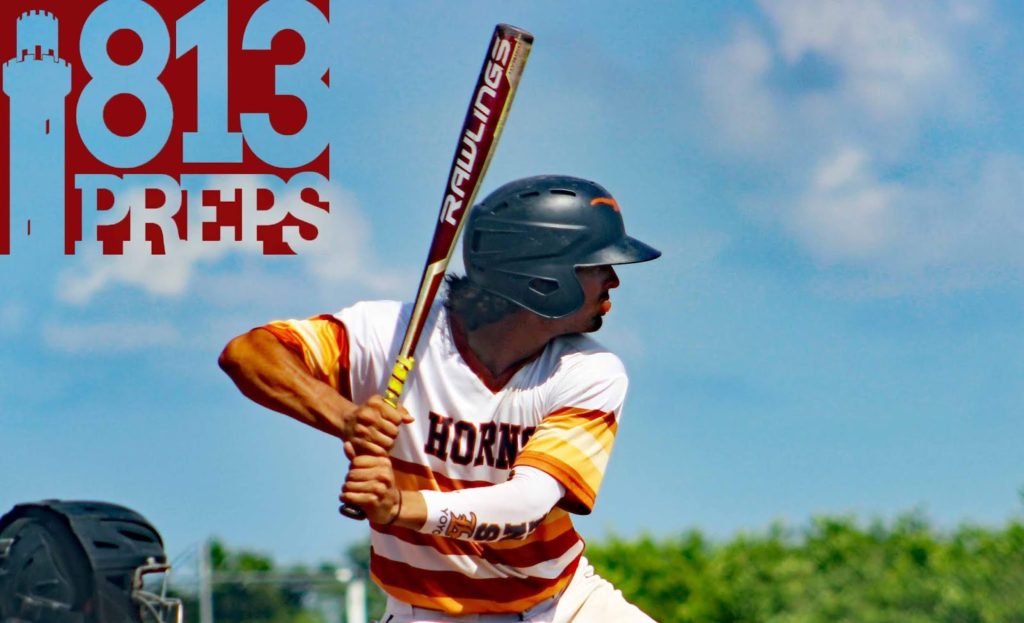 Perhaps someday he’ll be up to date with yours.

When did your family come to Florida?

I came here when I was 5 years old. I first lived in New Tampa, but I played all around in different Little Leagues.

You were named an All-Western Conference first teamer as an infielder last season and this year as a pitcher. If you could play only one position, would you pitch or play shortstop?

It would have to be shortstop. I’ve spent too many hours practicing. Don’t get me wrong, I love pitching, but as a shortstop, I feel like it is one of the biggest positions because you have to take care of the pitcher and all the other positions. A lot of action there.

You’re hitting .341 through three varsity seasons, but you have no home runs to show for it.

That’s not’s really my goal. My goal has been to do my job, push runners around and get them in scoring position. Then I let the big boy, Edward (Tarrant), hitting behind me, do his job.

Tell us about the special relationship you have with Edward.

I consider him my brother. I’ve known him since sixth grade. When he goes through stuff, I’m there to talk to him, and when I go through stuff, he’s always there, too. He’s a kid I can trust with anything.

Your career 1.43 ERA – including an absurd 0.63 this season – suggests you deserve better than a 6-5 record. Are you frustrated by a lack of run support?

The biggest issue was that we couldn’t hit, or we’ve had runners on but couldn’t take advantage and bring them in. I’ve been struggling with that the last two years, but this year we’ve actually been swinging the bats and doing our jobs. I feel better on the mound knowing that I have an offense that’s going to produce some runs and help me out as well. 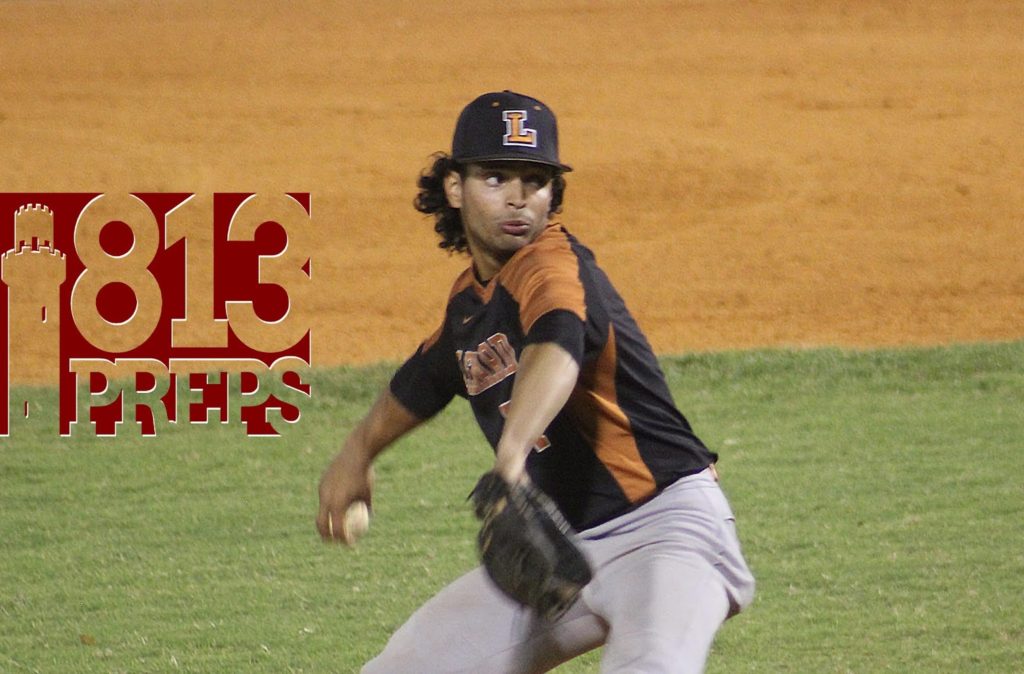 The most successful Lennard baseball team ever will take an 8-0 district record, 16-5 overall, into the postseason. How far can this group go?

I think we could go all the way, because this team has a really good chemistry. We all love each other, we play for each other, and that’s what separates us from the last two years. … No one’s selfish. They don’t get mad when they strike out. They don’t care about themselves. They care about winning and growing as a team. That’s been our goal this whole year.

Coach (Kennedy) Duran, the only head coach in Longhorns history, said he’s never had a player with a stronger work ethic than yours. Talk about that.

On my own time, I usually go to the fields or my backyard and put in extra work to help the team out as much as I can. I spend my blood, sweat and tears on the field, especially for Coach Duran. He’s done so much for me.

What would be a major highlight of your high school playing days?

The biggest moment, for sure, was in the Saladino Tournament my sophomore year. We were playing Gaither High School. We were down one in the bottom of the seventh inning. I went 4-for-4 that day and got to second on a hit and a passed ball. With two outs, my boy Keith Harden came up. They changed the pitcher. He threw him one down the middle, and it was a no-doubter. When he hit that home run, everybody ran on the field. It’s so hard to explain. It was like this enjoyment, this feeling I’ve never felt before on a baseball team.

In March, you closed out a 6-5 road victory against defending state champion Jefferson with a bases-loaded strikeout on a full count. Describe that moment.

I threw a fastball inside, the kid froze, and that was game. That was probably the best pitching I’ve done, because I felt so much emotion, so much nervousness. I had to take a deep breath to suppress those emotions, to become clutch for my team. It was probably the biggest thing this year pitching-wise after them being state champs. That was a huge game. 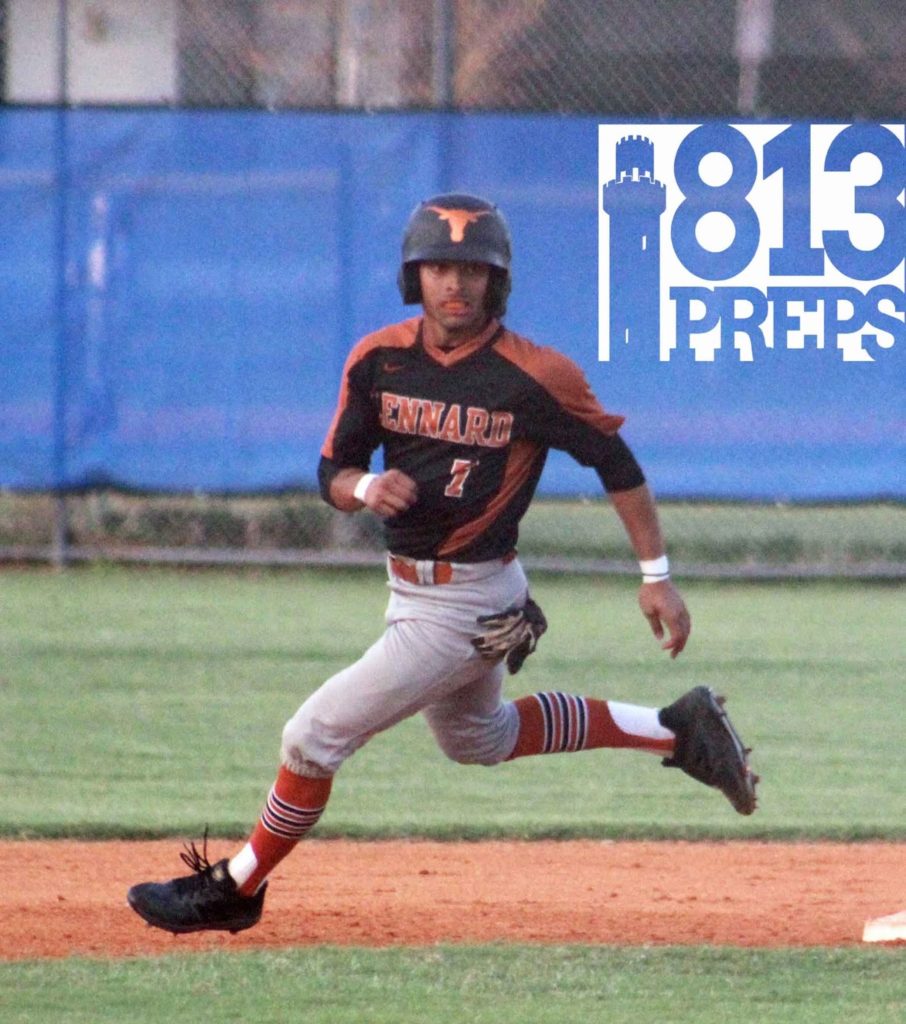 You’ll soon be playing for Rick O’Dette at Saint Leo University. On the school’s baseball web page, he called you a dynamic shortstop who could become an impact player at that position as a freshman. How exciting is that?

When I read those words from him – I don’t know how to describe the feeling – I was like, wow. A coach has never described me like that. When I first got here … I was always doubted because of my size. Hearing that from that coach hit me hard. I was like, OK, now I’ve got to prove myself even more.

Your next coach also referred to you as a hard-throwing right-hander with a wipeout slider. Is that your most effective pitch?

My slider, I would say, it’s nasty because you don’t expect a 5’7 kid to throw 99 and then come back with a slider that’s 83 and looks like it’s going to hit you. It’s probably my hardest pitch to hit after a fastball inside or a fastball outside.