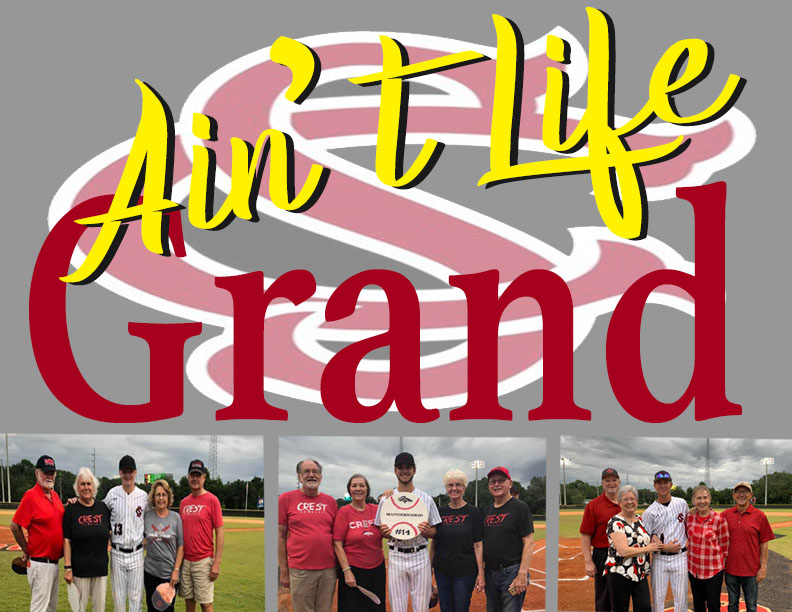 DOVER – There will be seniors galore around the Strawberry Crest baseball field tonight, when the Chargers open defense of their regional crown against Lake Minneola.

Most of them will be positioned behind the backstop.

Among the eight players close to hanging up their black, scarlet and silver uniforms for good, three of them – Ryan Dell, Tanner Kelley and Kade Manderscheid – have been uniquely supported through the years by both sets of grandparents.

Happily situated between his son on the diamond and his wife and parents in the cheering section is Rodd Kelley, a fourth-year assistant to Chargers head coach Eric Beattie.

“I like being a part of it,” he said. “It feels good when my wife and the grandparents have somebody in the family that’s out there on the coaching staff, too. I hear about the bad decisions we make sometimes and the good decisions we make, too.”

The clan has turned planning trips to the state tournament into an art form.

In 1990, Rodd and his Brandon teammates fell just short of glory when a four-run lead against Lake Brantley evaporated in the final inning of the championship game. Before last season’s run to the Final Four with Tanner, the family followed his older brother Cade with Durant to the 2013 state final – ironically, a loss to Lake Brantley – and to the 2015 semifinal.

“It’s what our family does,” Rodd said. “We’re just always at a ball field it seems.”

Before another postseason pitch can be delivered, we present a final round of shout-outs from the seniors in the stands.


First up, the Dell contingent: 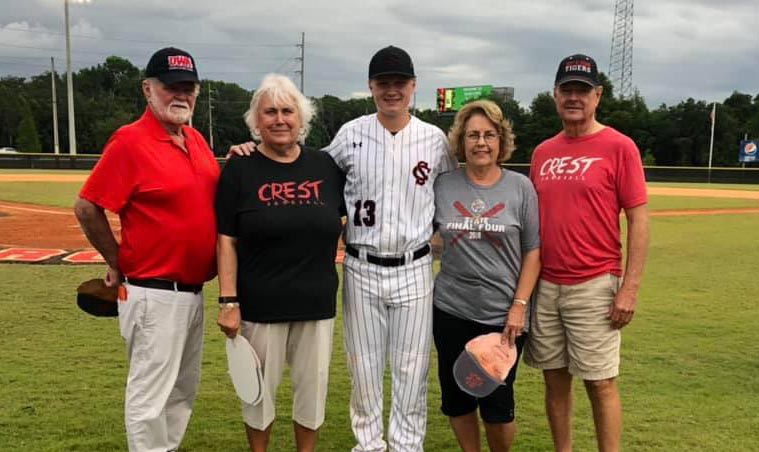 “It’s always sad when you have a team that eventually breaks up, but you go through that. But then there’s a new beginning of something else.” – Clif Dell Jr.
* * *
“If you really want to be philosophical, probably the most exciting [moment] was when he made the varsity baseball team as a ninth grader. That’s the beginning of it.” – Carol Dell 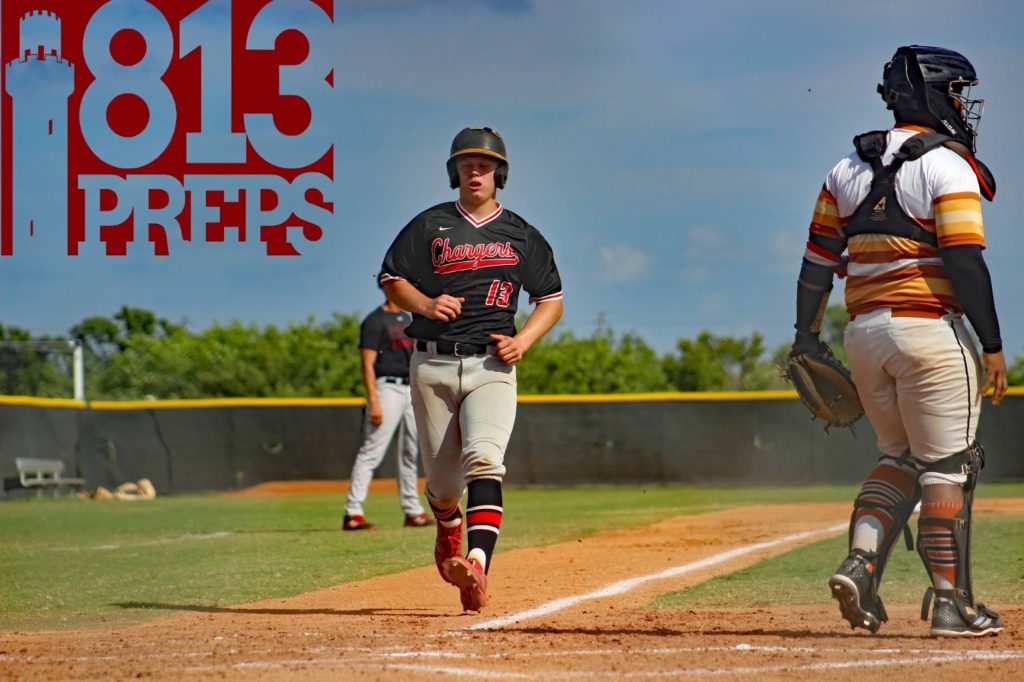 “I try to give him a few tips, but he’s at the stage now where he knows what he’s doing right and what he might be doing wrong. His dad helps him quite a bit, and I try not to interfere with that. I let the father do that. I’m a doting grandfather that loves to see him play ball.” – Rocky Stanfill
* * *
“We are the lucky ones because we get to see him play. And it breaks our heart that he’s going away now, but it’s a good thing. It’s been a wonderful thing.” – Kaye Stencil
Up next, the Kelley boosters: 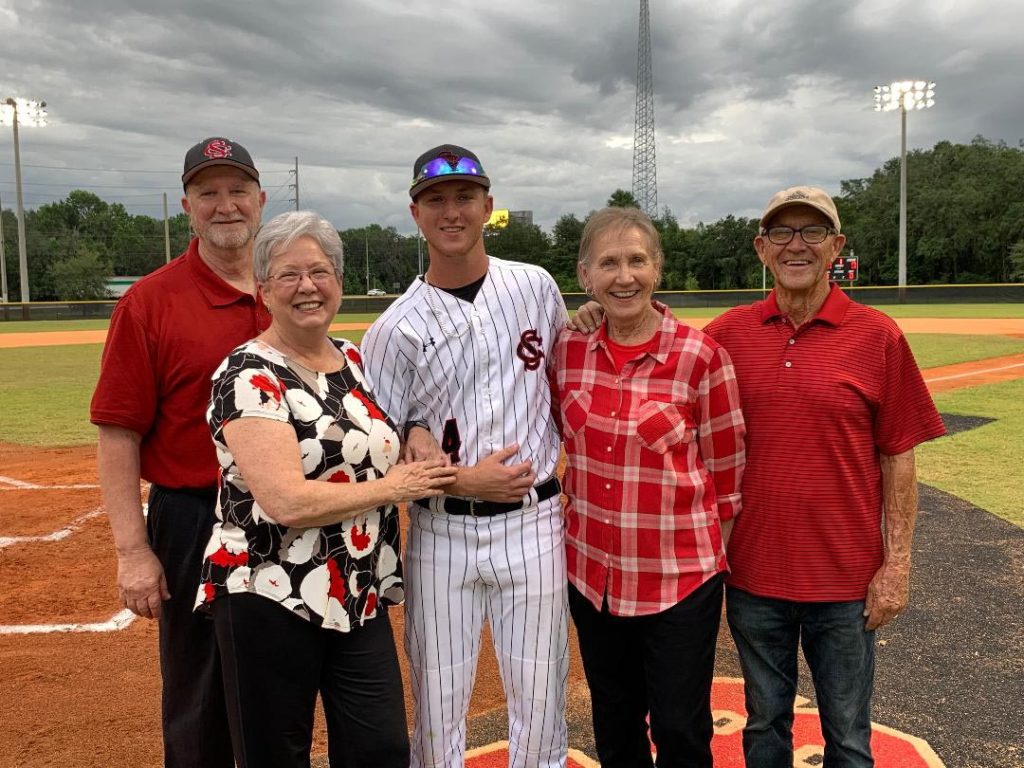 “I’ve enjoyed watching the boys grow up. In four years, you see a lot of kids. They grow up, and they grow up with beards and long hair and muscles, and they go from 4 foot to 6 foot. You see all that develop. There’s a lot of maturing that goes on in front of you.” – Carl Kelley
* * *
“They’re a strong team, and they’re not a wimpy team. They’re pretty big when they come to the plate. That does excite me, that they’re not a small team, that most of those seniors are a good size. They’re probably all 6 foot or over. It’s a little bit intimidating to the other teams, wouldn’t you think?” – Arlene Kelley 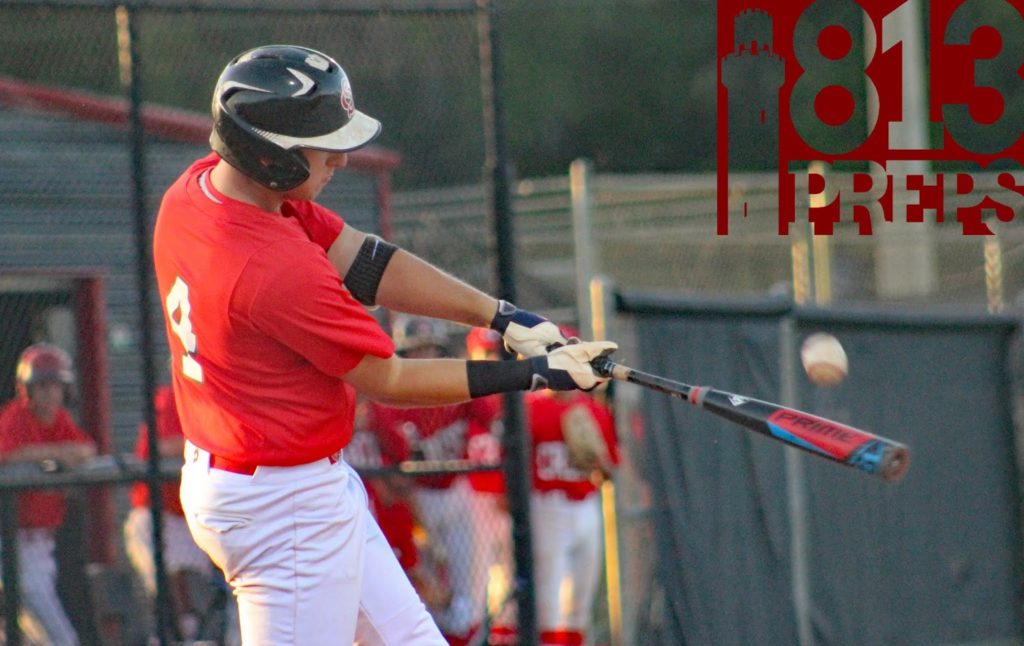 “It’s been really special to have that group of kids play together all that time, from the time they were young and in school to now. It’s been fun to watch them, it really has. We seldom missed a game in the four years, and the four years before that with Cade. It’s been eight continuous years for us. We look forward to the next one.” – Libby Libhart
* * *
“When I think about Tanner, I first think about him being passed around as a baby at his older brother’s games, and then playing in the dirt at his games. Then he escalates to the next thing of running around the bases after the games were over. It’s just really exciting to see him play every time.” – Lori Libhart
Finally, the Manderscheid crowd: 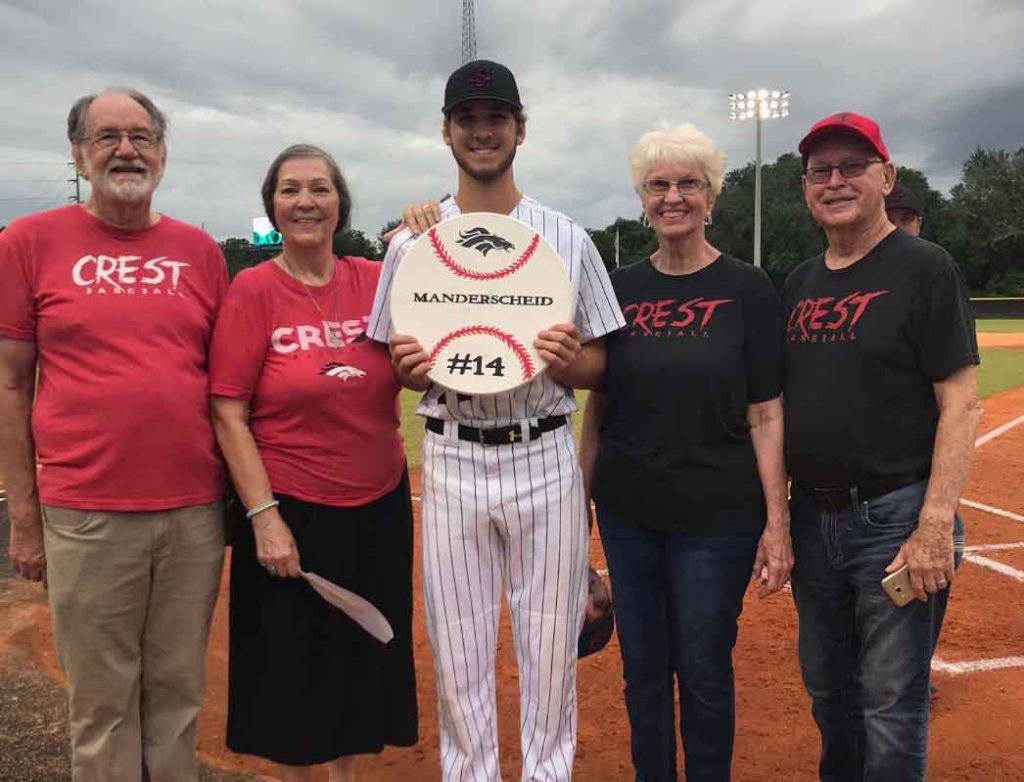 “We talk about the game. I used to pitch, so I ask questions about some of the changes. In 60 years, it has changed a heck of a lot, so I learn from him instead of trying to teach him things. I think the parents are doing a fine job of training him. I don’t think we have to throw anything in. We just throw encouragement in.” – Karl Manderscheid
* * *
“It’s been a wonderful experience. We’ve been following Kade since he was 4 years old with everything he’s done. We just follow him all the time.” – Ginny Manderscheid 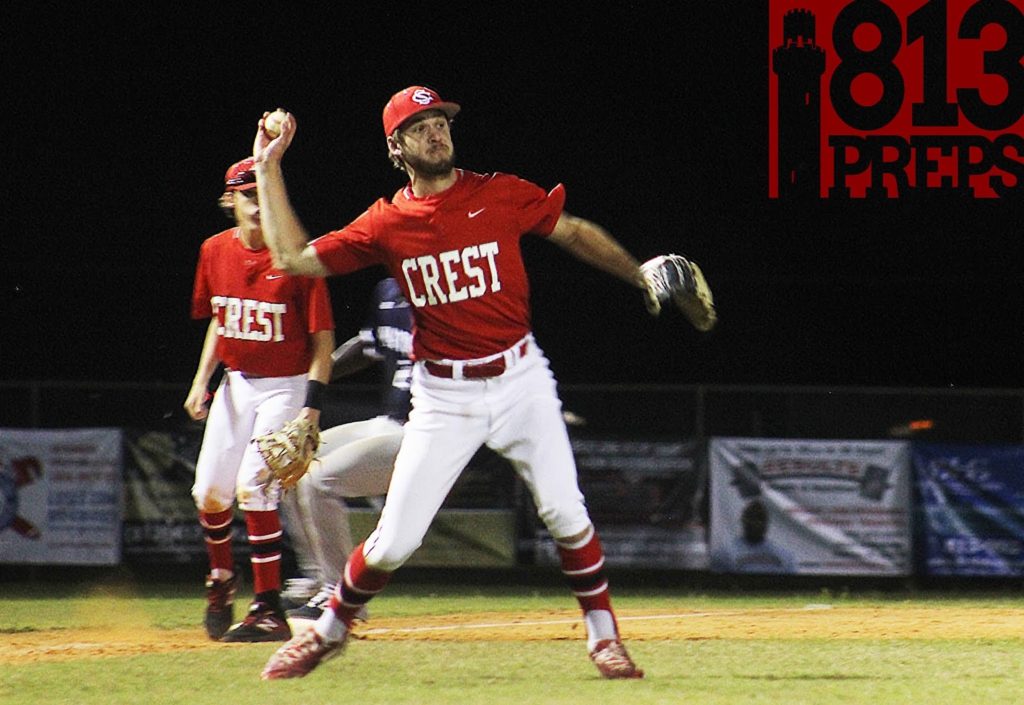 “We’re mostly close to Kade’s other grandparents. We see them besides the ballgames, but it’s good to see the others – faces you recognize at each game. It took me a while to learn who belongs to who.” – Bob Follett
* * *
“All of these families have been really supportive. There’s more teenagers, more parents, more grandparents, more family members. Everybody’s been turning out to support them. … Go, Chargers!” – Mary Alice Follett