TAMPA – Winning in tournament play requires going to the pitching well. On Saturday afternoon at the University of Tampa for the 2019 American Legion Baseball Southeast Regional Tournament, the Florida Tallahassee Post 13 team went to the well and the bottom fell out. Starter Joey Silvestri went four innings, only giving up a pair of runs, but after giving up a lead-off single to start the fifth, he was pulled in favor of Ty Rushing.

That’s when it all started coming unraveled. Two walks later, the bases were loaded with one out and Rushing walked a run in. Post 13 skipper Wes Singletary pulled Rushing in favor of Joe Ruth, but Ruth would walk the next run in, give up another on a fielder’s choice and the carousel continued as Alabama Troy Post 70 cruised to an early, 12-2 win in five innings.

Singles from Reed Jinright and Jackson Ceman set the table, each driving in a run and a fielding error let the 12th run across and the game was over right then and there. It saved two innings of work for the arm of Post 70 starter Carson Fain. The error was one of four Tallahassee committed on the afternoon.

Tallahassee’s Silvestri is a fast-working pitcher, and had hitters off-balance early fanning the first three batters he faced. Things went south in the second as Silvestri walked the lead-off batter and then a throwing error, together with a fly ball lost in the sun, hung a 3-0 deficit on Tallahassee heading into the third inning.

The third inning had what may be in contention for defensive gem of the entire tournament. After walking the first two batters, Hixon went to the mound to confer with Fain. Post 13’s Zach Holcomb hit a fly ball to left field, and Ceman was there for the catch, then saw Post 13’s Logan Roberts was way off toward third and Ceman sent the ball to second baseman Cole Smith for the second out.

“I knew it was going to be an easy double-play, but then I hear my shortstop yell, ‘One! One! One!’ and I just threw it,” Smith said.

Smith caught Kolby Pickles diving back to first and the Troy squad executed a 7-4-3 triple play to end the top half of the inning.

The Post 13 defense nearly returned the favor in the bottom half of the third as first baseman Jared Weber snagged a line drive, stomped on the bag for the unassisted double and zinged the ball over to second but just a second too late. Post 70 would end up adding a run in the third off a Peavy single that was lost in the sun.

Tallahassee got on the board in the fourth off of a catcher interference and a fielder’s choice but Post 70 returned the favor with a pair of runs in the bottom of the inning. It was 6-2 Troy, heading into the disastrous fifth for Post 13.

Post 70 improves to 2-1 and advances to the semifinals on Saturday. 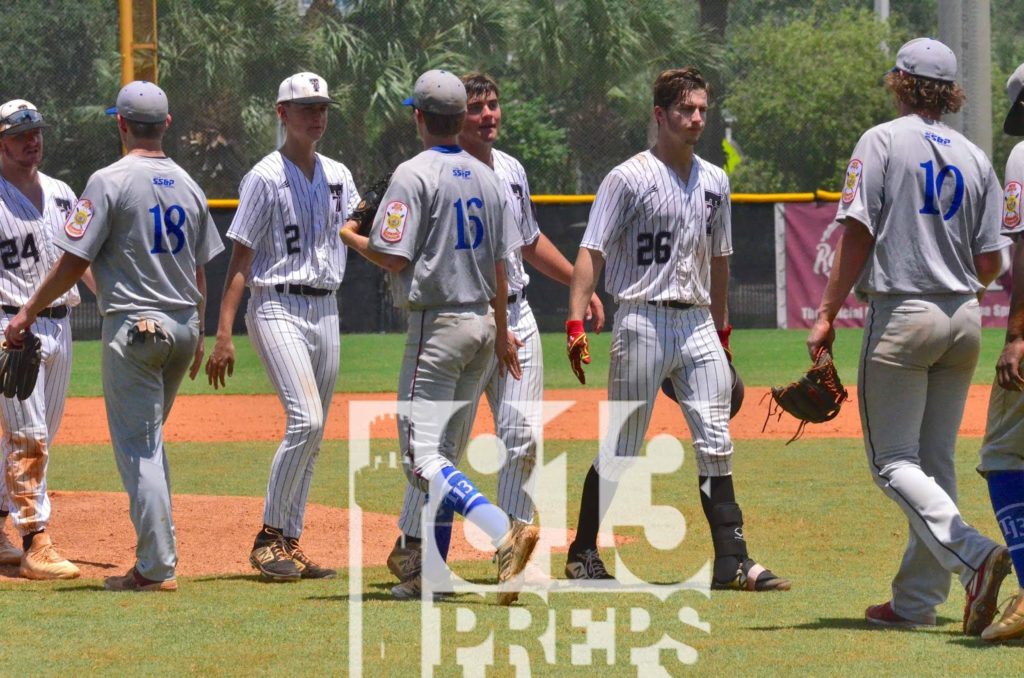