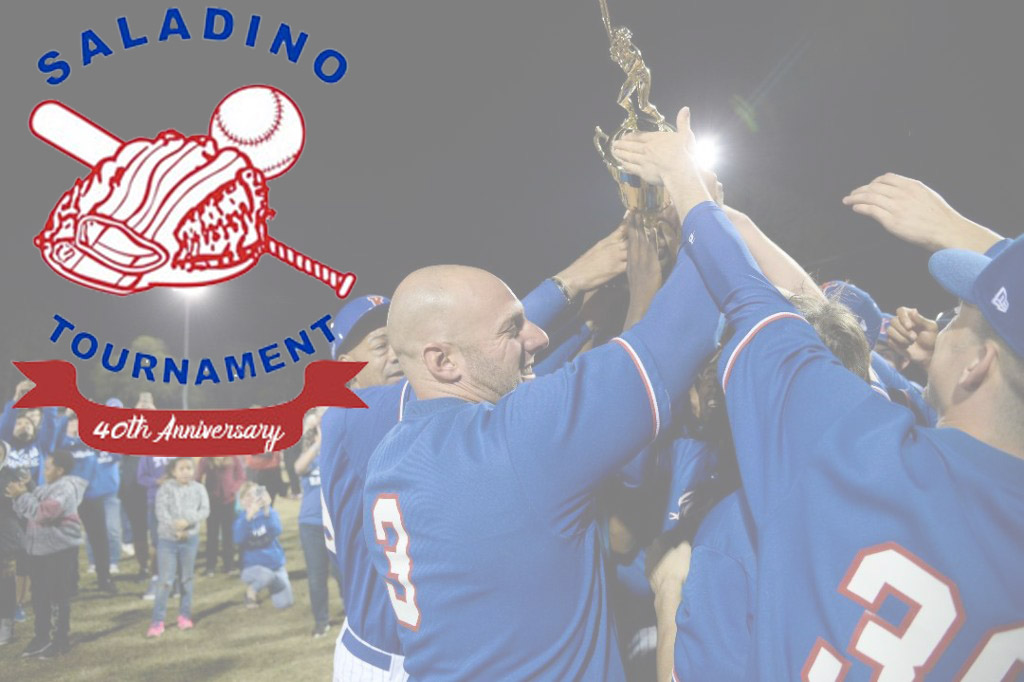 BRANDON – For 39 years the Saladino Tournament has been one of the premier in-season high school baseball events in the nation. It has changed and adapted through the years and with its 40th tournament beginning on March 14, it will once again adapt its format to accommodate the new changes for this upcoming high school baseball season.

With MaxPreps now taking control from the FHSAA in determining which teams join the district champions in the state region tournaments, strength of schedule will play a huge role. With that in mind, the Saladino Baseball Tournament committee and the Hillsborough County Athletic Department felt it was time to change the Saladino format to give competing teams the most impactful games possible.

“During the tournament last year, we met with several coaches to discuss the upcoming changes to high school baseball in our state and the impact it would have on our 40th year of the Saladino Tournament,” tournament director Tony Saladino III said. “With the help of the Hillsborough County Athletics Department we are rolling out a new format in hopes to accommodate the needs of the schools, players, coaches, and the overall baseball community.”

The tournament will now be split into two concurrent events: a 16-team Gold Division; and an eight-team Silver Division. Both divisions will see every team playing in four games during the event, which will now wrap up two days earlier (weather permitting) than previous seasons, with both divisions having a championship games on Wednesday, March 18. While the Gold Division will be a bracketed tournament (meaning the two teams in the final will both be 3-0), the Silver Division will feature two, four-team pools with each pools’ winner reaching the Silver Championship on Wednesday (and corresponding consolation games). 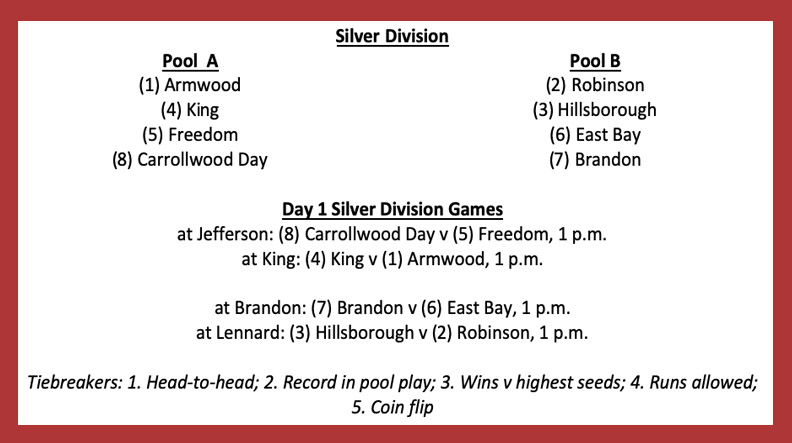 The Gold Division tournament will feature an extended bracket with winners continuing to battle it out until there is a sole undefeated team claiming the title, and losing teams continuing on in consolation rounds. The event will continue its tradition of playing at four area sites with Brandon again serving as tournament headquarters and host of the championship games, and Jefferson, King and Lennard also hosting games. Prior to moving the tournament main site to Brandon, King served as the official command center for 13 seasons, while Lennard and Jefferson have served as hosting sites for tournament games in recent years.

The Silver Division games will play each day (one per site) at 1 p.m., while the Gold Division will play the 4 p.m. and 7 p.m. games at each site. Though the schedule will change each day, Jefferson and Lennard (Gold Division), and Brandon and King (Silver Division) will each remain at their schools as host, though may not necessarily be the “home” team depending on seeding. Depending on the weather the tournament schedule is subject to change and there may be a chance Wednesday’s non-Brandon sites may have games beginning at 10 a.m. so the Championship Game can be the main attraction Wednesday.

The standings for the two divisions were determined by the Hillsborough County Athletic Department and the highest seed in each game will serve as the “home” team throughout the various sites.

The Gold Division will feature two defending state champions, two region champions and six district champions from the 2019 season battling it out to be crowned this year’s Saladino Champion. Leading that group as the top seeds will be the No. 1 Plant City and No. 2 Jesuit, both winners of FHSAA state titles last season. 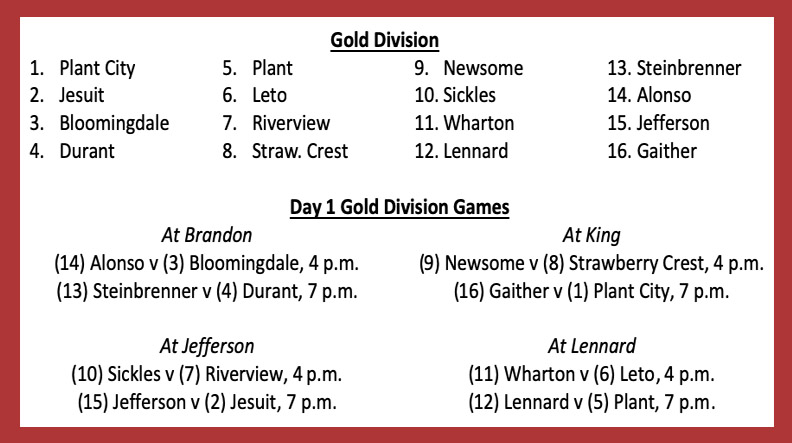 The tournament will again be running a website and all games will be scored live on the GameChanger app (and www.gc.com). Our website will have thorough daily coverage and we will post the next day’s schedule at the bottom of our daily roundups and to our Twitter and Facebook accounts at the completion of the 7 p.m. games each day.

“We are certain this year’s tournament will be a bit of a learning experience,” Saladino said, “but we will use this first year to improve the tournament, celebrate our 40th anniversary, and plan a stronger tournament for many more years to come.” 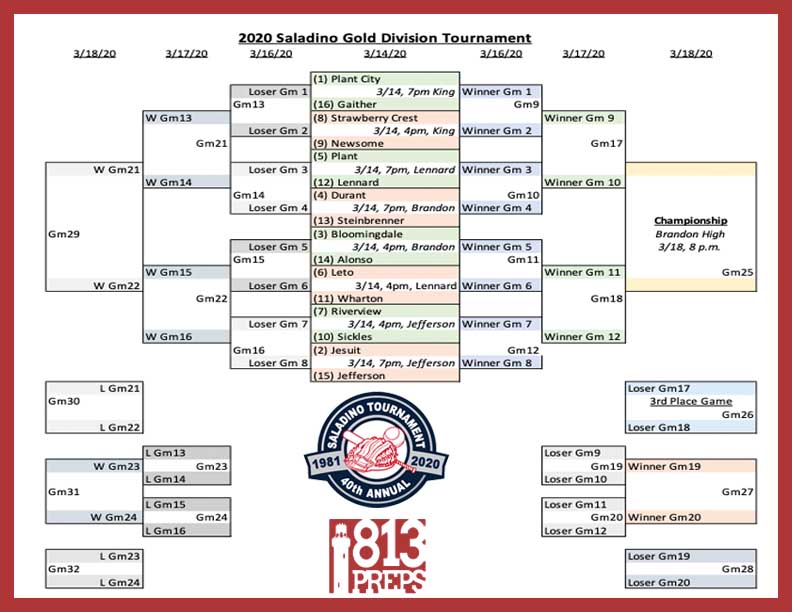