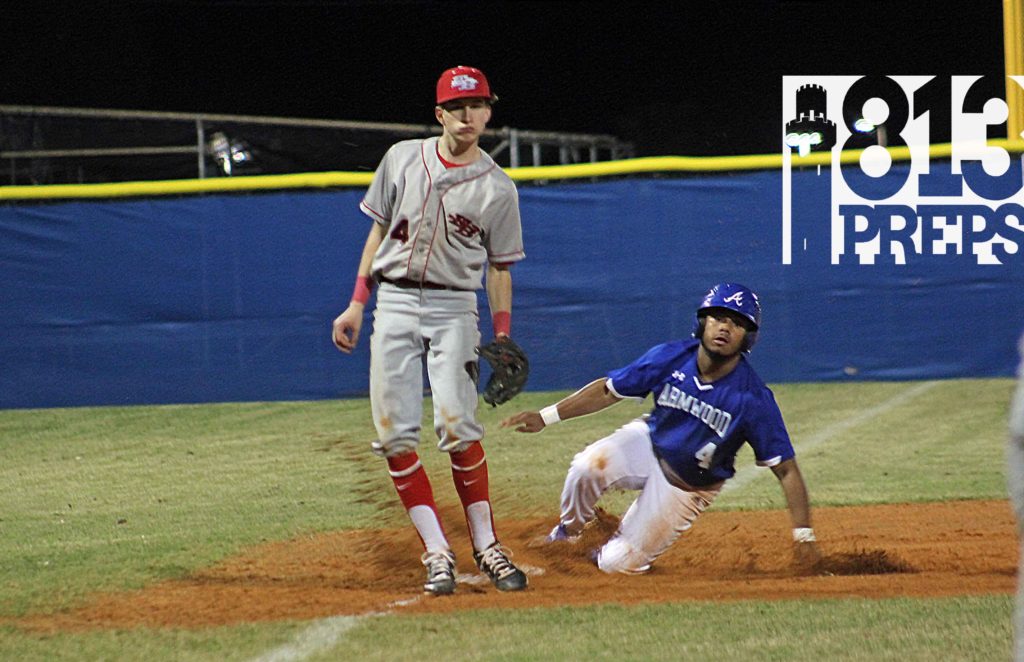 Hawks speed-up runner, senior Allasio King stole a base, reached third on a wild pitch and scored on a Tyler Castelli single in the second inning.

SEFFNER – Armwood made East Bay pay for early errors. taking the lead and holding off a late Indians rally as the Hawks pulled off a 6-4, opening night win at home.

Senior righty Cameron Oliu shook off a pair of walks to start the game and buckled down, allowing just one unearned run across five innings. Oliu finished the night allowing just a pair of East Bay hits, and struck out nine.

Bolstering their starting pitcher, the Hawks struck quickly as Trevor Finan burned the defender in right field for an RBI double in the first that scored Christian Tavarez (two runs in the game), Brendon Torres followed up later in the inning adding an RBI single down the third base line. 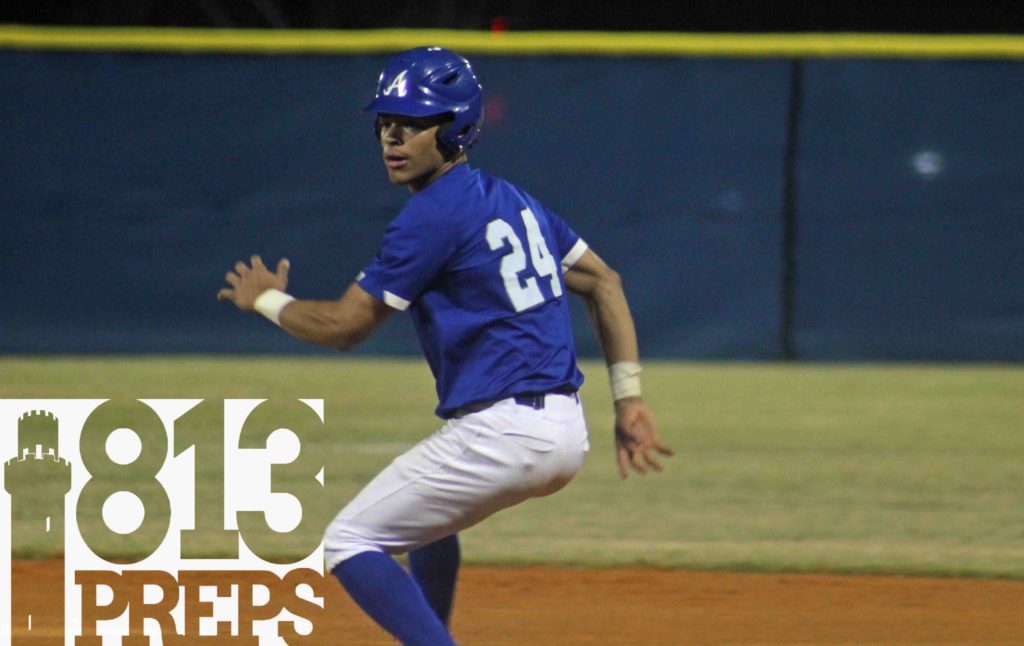 Armwood junior Christian Tavarez scored a pair of runs in the Hawks win.

“I feel locked in already,” Finan said. “Every time I get up I feel like I need to get a hit and then pass the baton to the next guy to get a hit, too.” 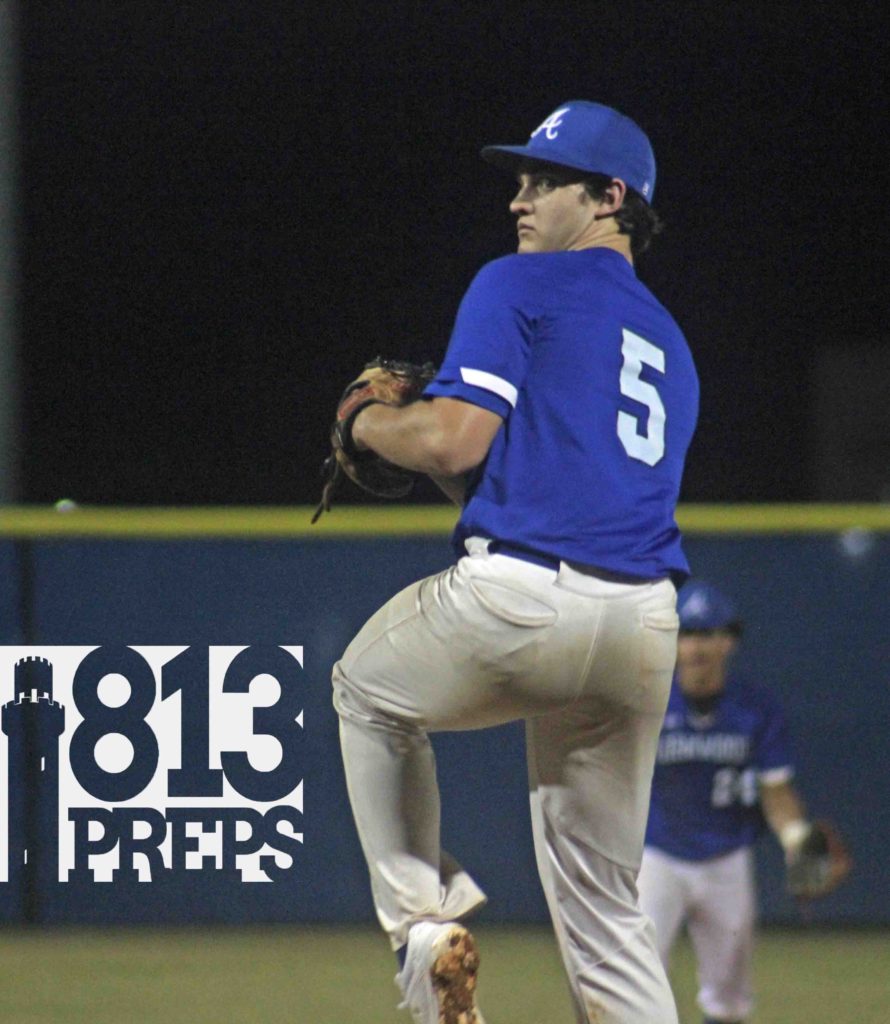 Oliu had his breaking ball working all night, especially for strike three, though he admitted to having some first-game jitters starting off things with a pair of walks.

“I wanted things to get going,” Oliu said. “First game, I was a little nervous, but things started to pick up pretty quick. The breaking ball was coming up well and the fastball was right behind it.”

Armwood (1-0) added two more runs in the second as Tyler Castelli singled in a pair, and two more Hawks tallies were put up on another pair of East Bay errors in the sixth, the first allowed one run while also setting up an Anthony Veal RBI hit.

East Bay chipped away at the lead in the fourth as catcher Carlos Campos picked up his team’s first single of the season and was replaced by speed-up runner Kenny Ordinola, who would eventually score on a wild pitch. The Indians added two more off Hawks relief pitching in the sixth as Aaron Jackson and Joe Hoover started the inning with singles, and scored on a Deshawn Manuel RBI single and an RBI ground out by Hans Walker. 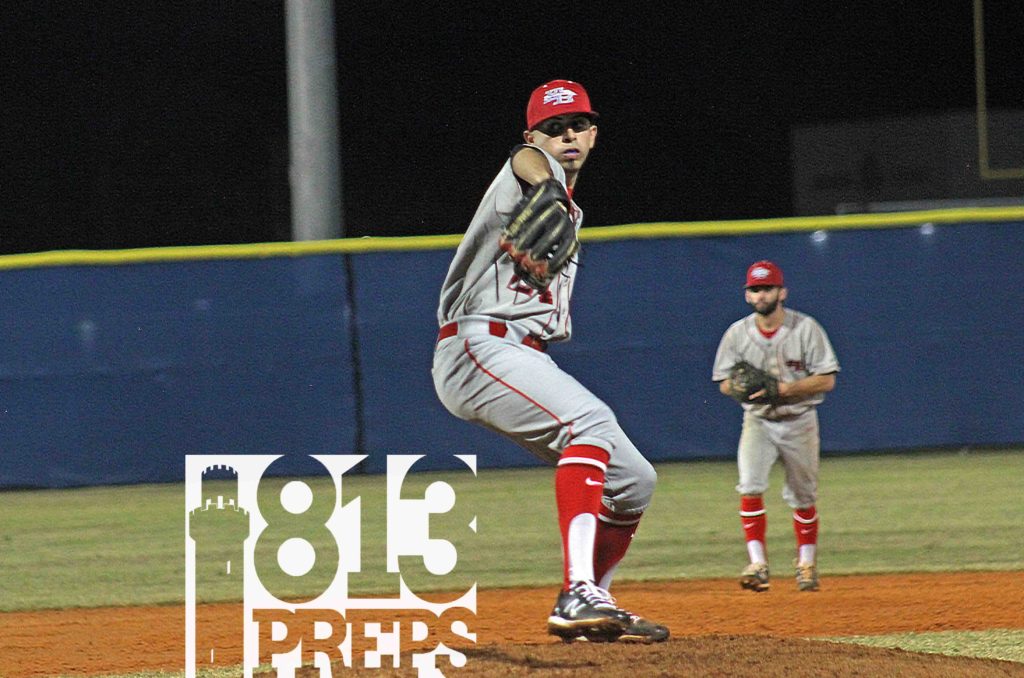 Both Indians starting pitcher Javy Lopez and his replacement Gian Ortiz pitched well, but six errors behind them spoiled things. Ortiz, who entered in the third inning had eight strikeouts in the game.

East Bay (0-1) added a run in the seventh after loading the bases on a walk and two hit batters, before Aaron Robinson singled in a run to centerfield, but Tim Mindizibal entered with the bases juiced and picked up the save on the mound.

Hawks coach Bobby Mondoux said it was a tough game and one he thought had a lot of room for improvement, but he would take the ugly win.

“It wasn’t the way we wanted it, but as we told the guys in the huddle, ‘pick your heads up, a win is a win,’” Mondoux said. “We’ve got that first one out of the way and we build from there.” 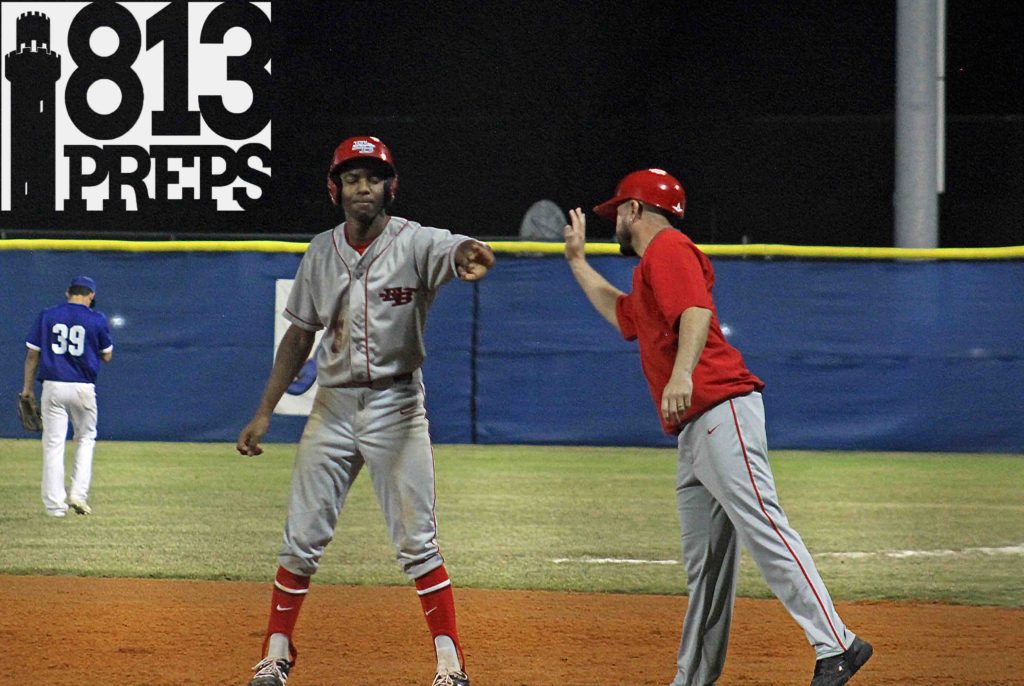 East Bay junior Deshaun Manuel had an RBI single in the sixth inning.

Taking advantage of the opportunities afforded them paid big dividends for Armwood.

“You have to, every time they make a mistake, you have to capitalize,” Finan said. “Because there might not be another mistake later, you have to make those hurt every time.”

The errors were not the only lumps that East Bay took on the night as the fifth inning was a costly one. In the top half, a heated at-bat between Indians junior Riley Linne and Oliu ended in a strikeout for the Hawks pitcher, but a post-at-bat, back-and-forth resulted in Linne being ejected from play by the home plate ump. The home-half was costly as well, as Indians first baseman and cleanup hitter Ethan Sillart was forced from the game when a hard ground ball took a late hop and caught him directly on the knee. The status of both players for Thursday’s game was not known at time of posting. 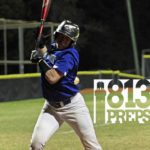 Senior catcher Anthony Veal wears one in the back in the second inning, which would allow courtesy runner Allasio King to get aboard and eventually score. Veal later had an RBI single in the Hawks win. 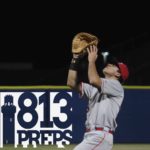 East Bay junior first baseman Ethan Sillart settles under a pop fly for an out in the third inning. Unfortunately, Sillart would have to leave the game with a knee injury in the fifth. 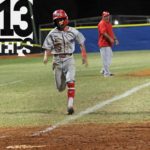