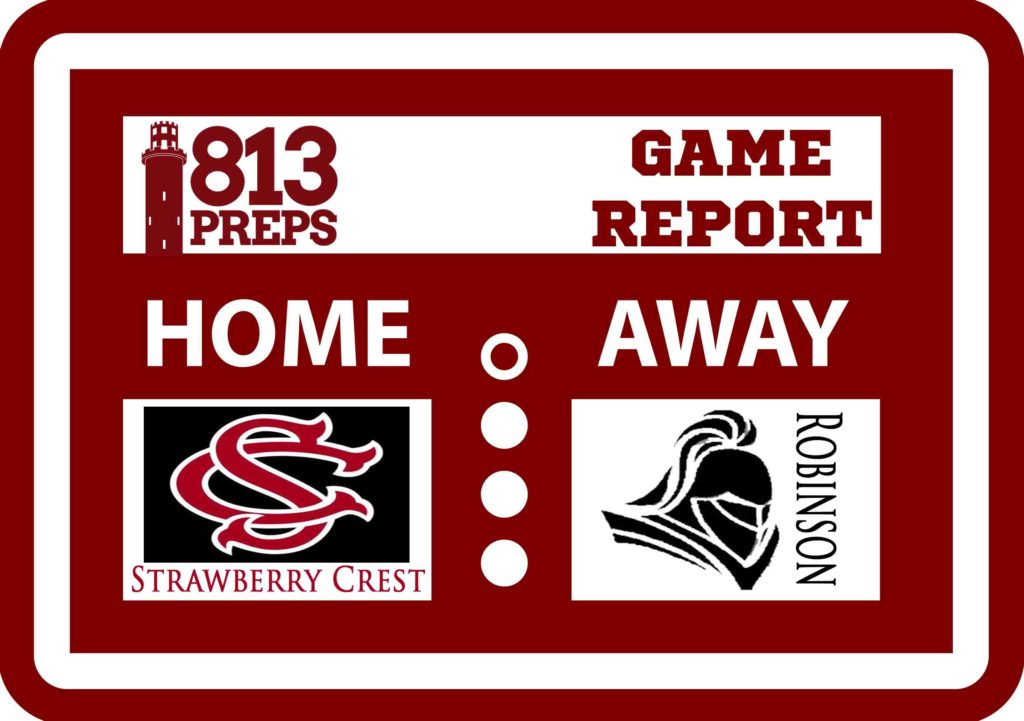 DOVER – Robinson rookie coach Alex Barron didn’t necessarily intend on using Robert Satin on the bump with the game on the line. Sure, Satin had been very good throughout the summer and fall, but Barron’s plan was to ease his young lefty into the treacherous waters of Hillsborough County baseball.

So much for pre-season strategy.

“He was not supposed to go in in that spot,” Barron said.

But Barron showed faith in Satin and sent him on in the seventh to protect a two-run lead and he did just that, helping Robinson capture a season-opening 5-3 win against host Strawberry Crest Tuesday night.

The win was the first career victory for Barron as a head coach. The first-year skipper played for the Knights, graduating in 2007.

“We’ve got a good group of young, hungry guys,” Barron said. “That youth is going to show at times but I definitely like the fight in them.”

Although it might not have been what he drew up, Barron showed the utmost confidence in Satin.

“It wasn’t the plan, but I had to go with the right feel and that felt right,” Barron said.

It looked like Barron might have made the wrong call initially, as Crest’s Colby Fanning (2-for-4) and Anthony Grasso (2-for-4) led off the seventh with back-to-back singles. But Satin buckled down and fanned two-of-the-next-three to preserve the win.

“I call the pitches, but I wanted him to go with what he was comfortable with so I let him make the calls,” Barron said of Satin. “The kid is good.”

Crest’s Tyson Hardin singled home a run in the first then Fanning doubled in another and came around to score on an error to give the Chargers a 3-0 lead in the fourth.

That stood until the Knights sent nine men to the plate in the sixth, scoring five runs. Adam Haidermota singled off the first base bag to drive in the Knights’ first run, Robert Chatfield (2-for-4) plated two more with another single and Alex Warner capped the scoring with a ringing two-run double down the left field line.

Until the sixth, Robinson had mustered just three singles. Three of the Knights’ runs in the inning came with two outs.

Garrett Beede picked up the win in relief of Knights’ starter Owen Brown, fanning a pair across two, hitless innings. Brian Boully took the loss for the Chargers, striking out seven over 5 2/3 innings.