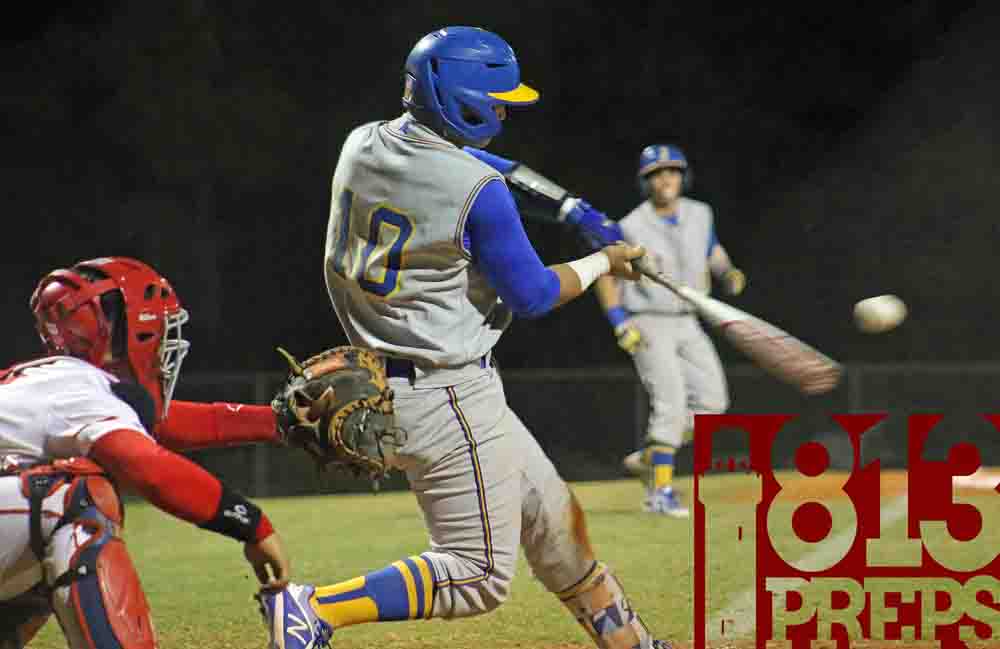 Jefferson junior catcher Mario Lopez connects on a two-run double to give the Dragons the lead in the fifth inning. Lopez was 3-for-4 in the win, with two doubles, three RBI, while reaching in all five of his plate appearances on the night.

TAMPA PALMS – Jefferson’s Carson Moore had his bell rung early in his first start on the mound this season. The junior started the home-half of the first at Freedom by walking the leadoff, giving up two singles and being called for a balk to plate the first run. Two errors, a dropped strike three and another single later and the Patriots took a five-run lead in the opening frame.

But Moore kept on swinging. 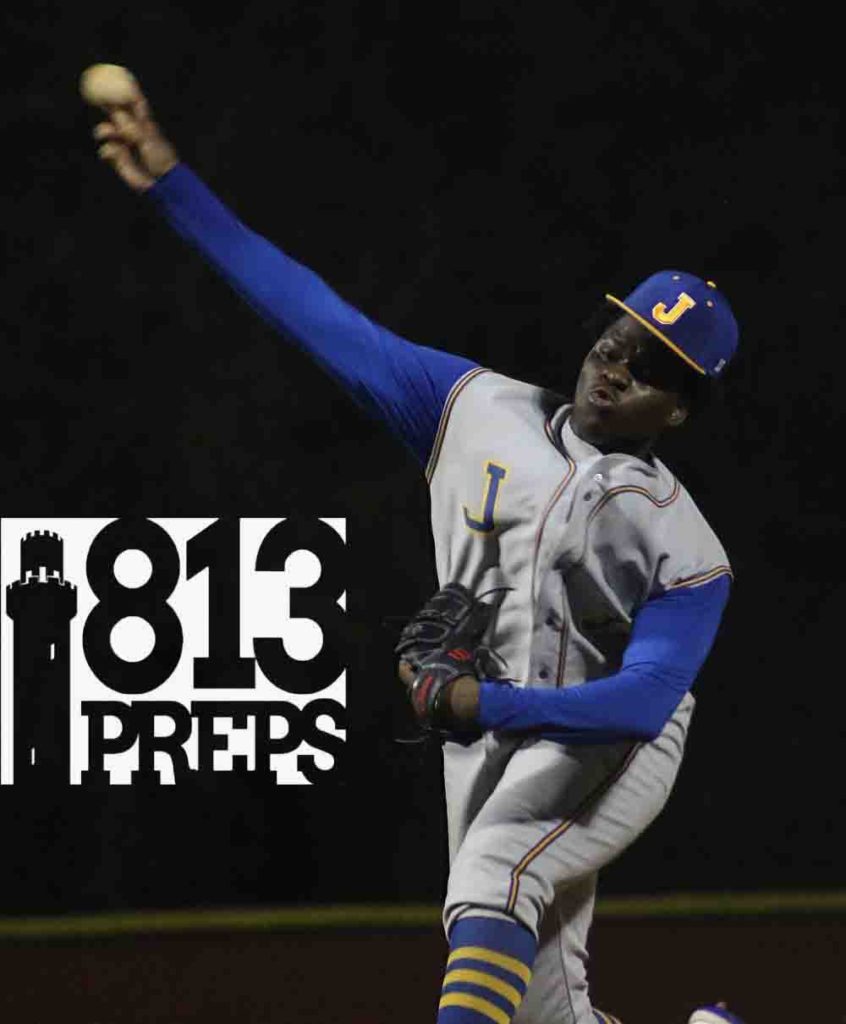 Dragons starting pitcher Carson Moore overcame a five-run first inning and went five innings as his offense battle back and earned the junior righty a win.

He pushed his way through the next four innings, getting stronger as he went, bending a nice breaking ball for strikes, and the Dragons hitters chipped away eventually taking the lead in the fifth before unloading on Freedom with a 19-hitter, 13-run sixth inning as Jefferson picked up its first victory of the year, 19-5 in six innings.

“He’s a fighter man,” Dragons coach Daniel Gonzalez said. “Carson is a fighter and he’s not an easy guy to knock out.

After the first, Moore allowed just one walk and one hit in his five innings on the mound, while striking out five. One of the first-inning errors was on Moore, as he wasn’t able to coral a swinging bunt, and he admitted after the game he felt from there he needed to pay his team back for the mistake.

“I felt like I let my team down in the first inning,” Moore said, “and I had to step up as a leader and ball out.”

From a starting standpoint, Moore’s battery-mate said a slow start isn’t unusual, but neither is the strong finish.

“Usually the first inning (Moore) starts a little cold, but you’ve got to ride with him until the end,” catcher Mario Lopez said of his pitcher, “because he’s usually fire after that first inning.”

Lopez had a huge night in support of his pitcher finishing 3-for-4 with a pair of doubles, three RBI, all while reaching in all five plate appearances in the game and accounting for three runs scored. Lopez second double, a two-run gapper to center, plated the Dragons deciding run. 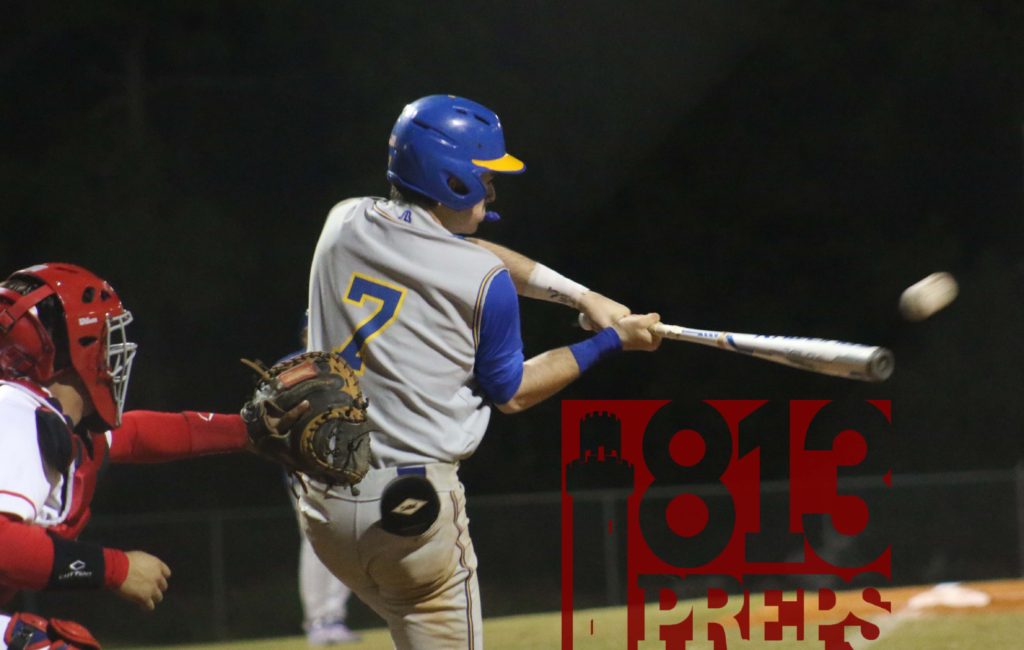 Junior Matthew Johnson connects on a double in the fifth inning, he later added an RBI walk and scored twice for the Dragons.

“We kind of preach it, keep your composure,” Gonzalez said. “I’m not a big score guy, 5-0 – winning or losing – you play every pitch like it’s a tie game.”

“It feels amazing to know my team has my back and I have theirs,” Moore said. “It’s the greatest thing.” 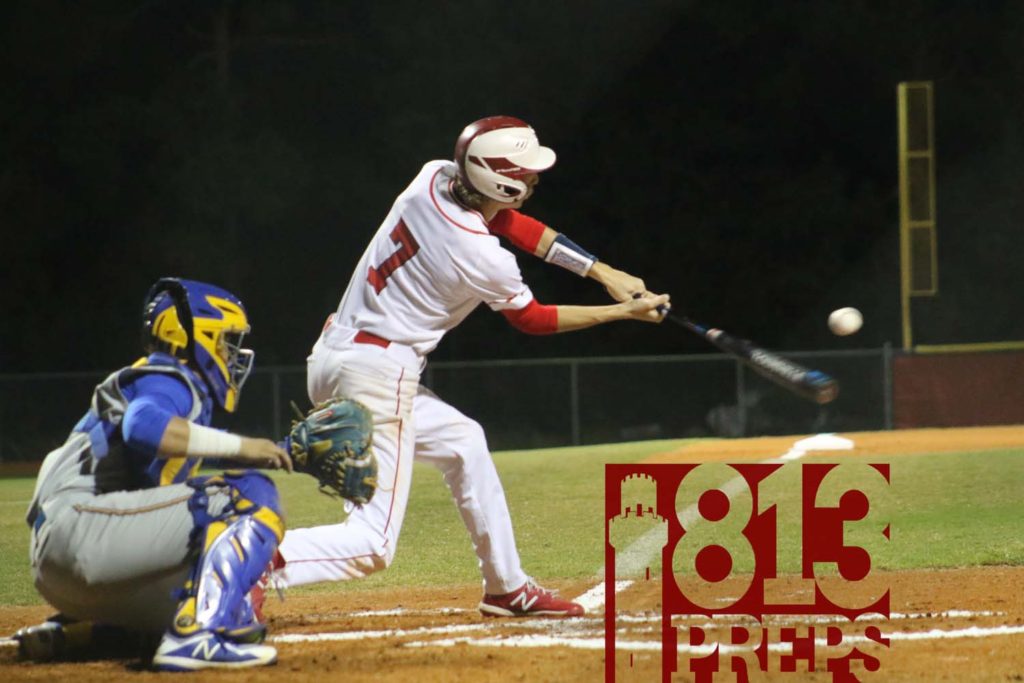 Patriots junior Jackson Seidl had the games first hit and scored the first run. He finished 2-for-3 for Freedom.

For Freedom (0-2), Kevin Kirby’s two-run single in the first and Jackson Seidl’s 2-for-3 night were the highlights.

Jefferson stays on the road Friday night, traveling to Oviedo Haggerty, while Freedom travels to Fivay next Tuesday for a district tilt. 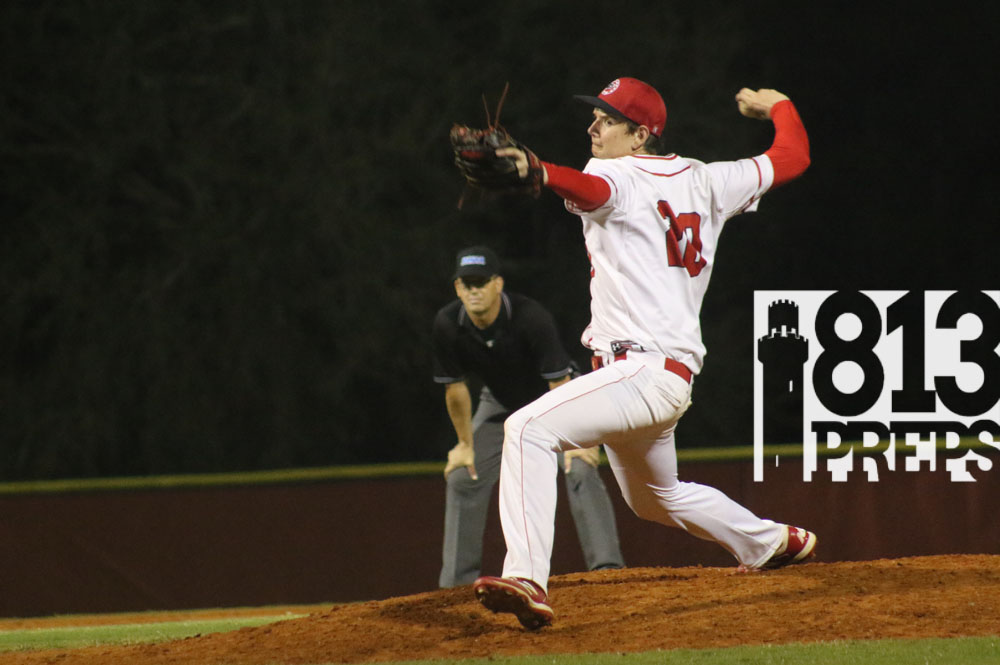 Freedom senior Kevin Kirby started on the mound working two innings. The Patriots captain also had a two-run single in the first inning.