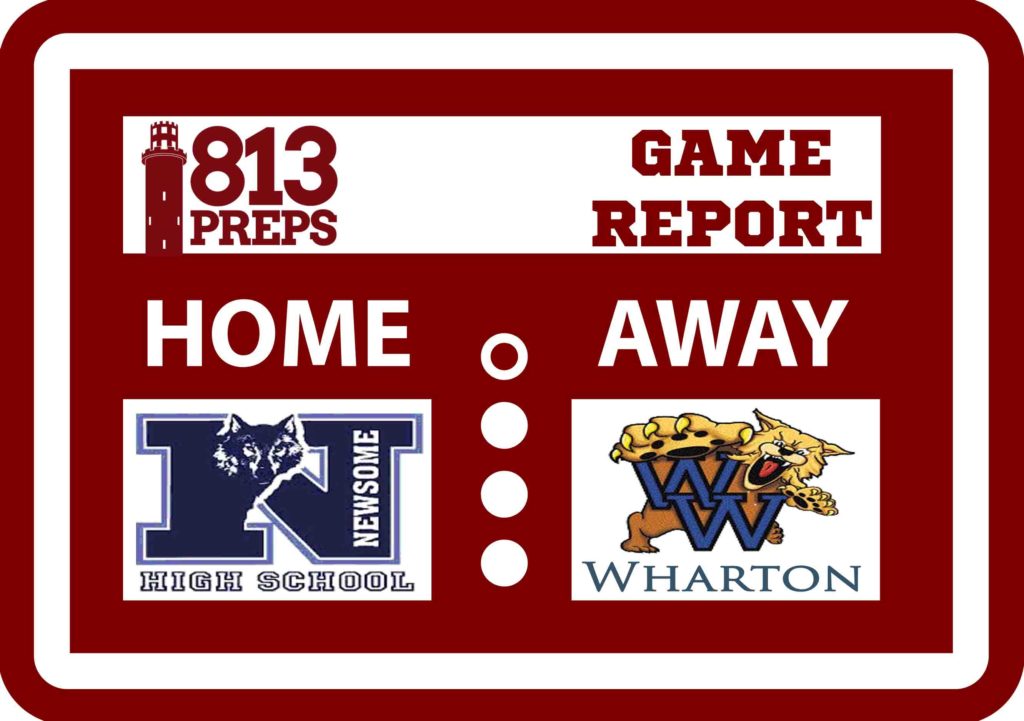 LITHIA – Wharton didn’t need any outside help, but it received plenty from host Newsome en route to a 9-2 win in their Class 7A non-district matchup Thursday night.

The victory for the Wildcats (2-0) was their first against the Wolves (1-1) since 2014, snapping a six-game losing streak in the all-time series.

Wharton leadoff batter Dylan McDonald went 4-for-5 with two doubles against five different pitchers. The junior also scored twice and drove in four other runs, including three on a two-base hit with the bases loaded in the fifth.

“This is my first four-hit game, so I feel like I’m just going to fuel off this,” said McDonald, who scored three times in a 10-0 home triumph against Brandon in the season opener Tuesday.

Wildcats starting pitcher Ryan Fry gave up both runs, only one earned, and two hits in four innings of work. Left-hander Riley Glover allowed one hit and struck out four in three scoreless innings to earn the save.

Fry enjoyed taking a three-run advantage to the mound in the bottom of the first.

“It loosens you up a little bit,” the sophomore right-hander said.

Newsome was anything but loose despite coming off an impressive 5-1 victory at Sickles in its season debut Tuesday.

Adding injury to insult, Ryan Bulaclac suffered a broken hand after being hit on a checked swing after replacing starting second baseman Cade Afeld, who left with an injury earlier in the game.

“I was very disappointed with our performance,” coach Dick Rohrberg said. “We looked really good against Sickles and we come tonight and look like the Bad News Bears.”