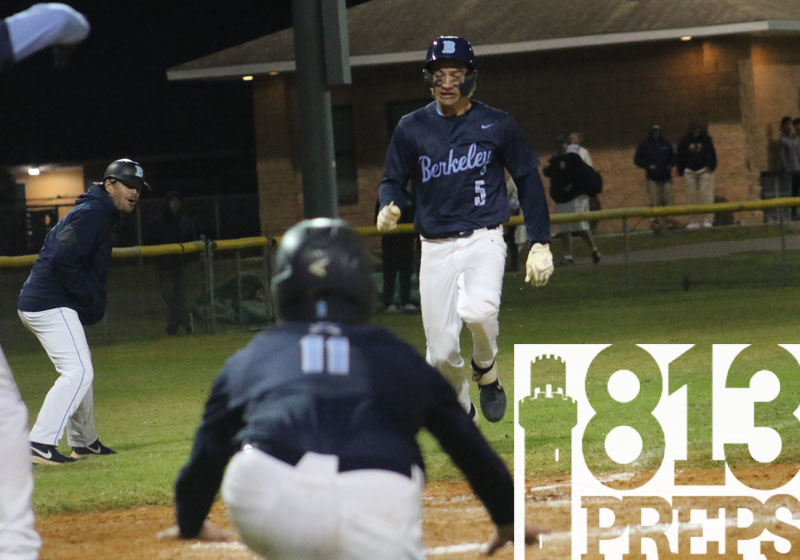 Berkeley Prep senior Alex Haire races home on his fourth inning inside-the-park home run. In two games, Haire is 4-for-7 with a single, two doubles and a home run, and has scored four times.

TAMPA – Berkeley Prep’s Alex Haire tried to stretch a double in Thursday’s win over Lakewood Ranch, but was tagged out sliding into third. So, in his third at-bat of Friday’s game at Tampa Catholic, when Haire saw the Crusaders centerfielder first charge too far in on his line drive, then slip trying to correct backward allowing the ball to get well beyond him, the Buccaneers senior was content pulling into third base with ease.

However, when Haire rounded second base he caught sight of Bucs head coach Richie Warren 10 feet down the line spinning his arm with a fury, he charged around the bag and raced home. The inside-the-park home run, one of three hits on the night (having led off the game with a double and scoring the game’s first run), salted away the Buccaneers eventual 7-1 win.

“I really wasn’t thinking (about scoring), but once I saw my coach waving me in though, that’s when I knew I had a home run,” Haire said. “I did see him slip when I was coming around first and I was quite excited about it and that was when I turned it on.”

Andrew DiMisa drove in Haire in the first and finished the night with three RBI, while freshman Cade Kurland was 2-for-3, with a triple, two RBI and a run scored.

On the mound, senior Garrett Boeckle worked two hitless innings to start the game for Berkeley Prep (2-0). Junior lefty Will Parkinson came on in relief in the third and went the rest of the way, allowing one unearned run on one hit and one walk, while striking out seven. 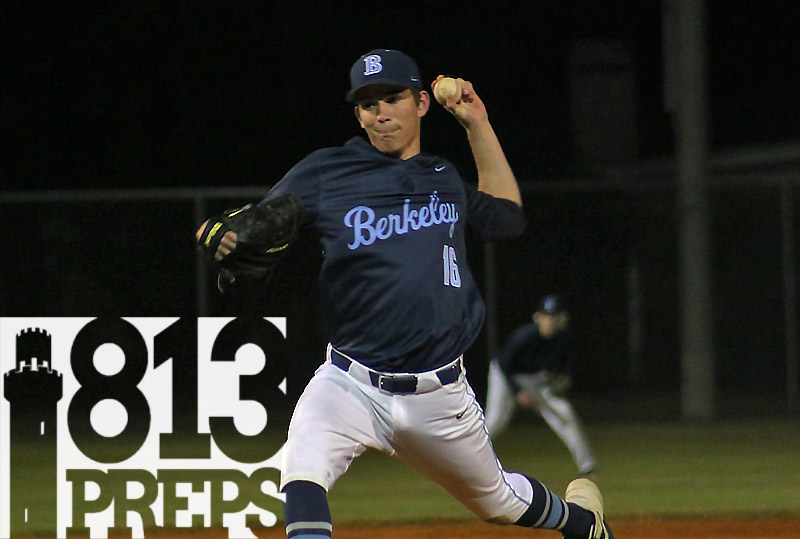 Junior Will Parkinson struck out seven in his five innings of relief on Friday night, picking up the win and allowing one unearned run.

Tampa Catholic (0-2) picked up its lone run in the fourth when Kian Knutson (1-for-2) was hit by a pitch to start the home half, stole second, moved over on a balk and scored on Josh Batteese ground ball. 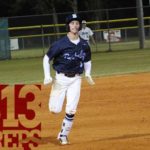 Freshman Cade Kurland cruises into third on his sixth-inning, RBI triple. Kurland finished 2-for-3, with two RBI and a run scored. 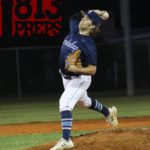 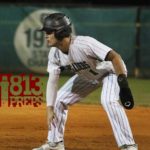 Tampa Catholic senior Kian Knutson takes his lead off first prior to stealing second, and eventually scoring the Crusaders lone run in the fourth. 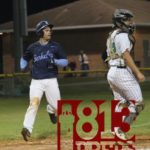 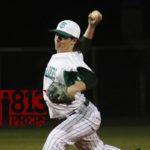 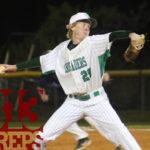 Senior Zachary Paulson worked a scoreless frame on the hill for the Crusaders, striking out one and giving up a hit.