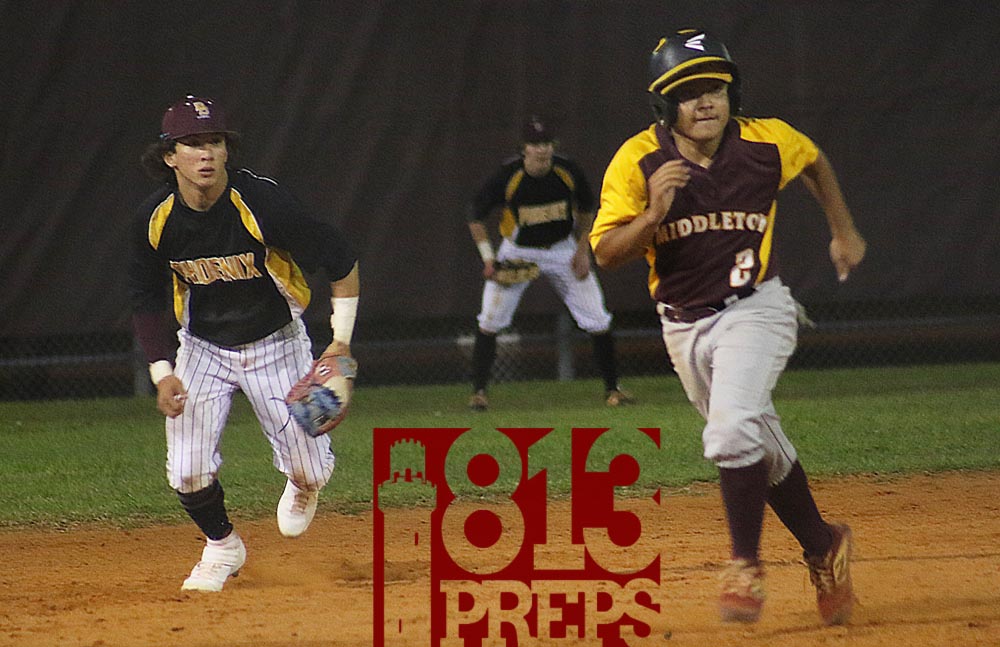 Middleton senior Jose Monroy heads for third in the sixth inning after singling in a pair of runs to give the Tigers the lead.

TAMPA – Called upon to try and get Middleton out of an early, bases loaded jam, Tigers sophomore Ricardo Garcia moved from first base to the mound with no outs in the third. Garcia’s second pitch was driven into the dirt by Brooks DeBartolo’s Jace Hoffman, plating a run. But three pitches later Garcia got another groundball rolled for a double-play and squeezed out of the bind only allowing the Phoenix a one-run advantage. 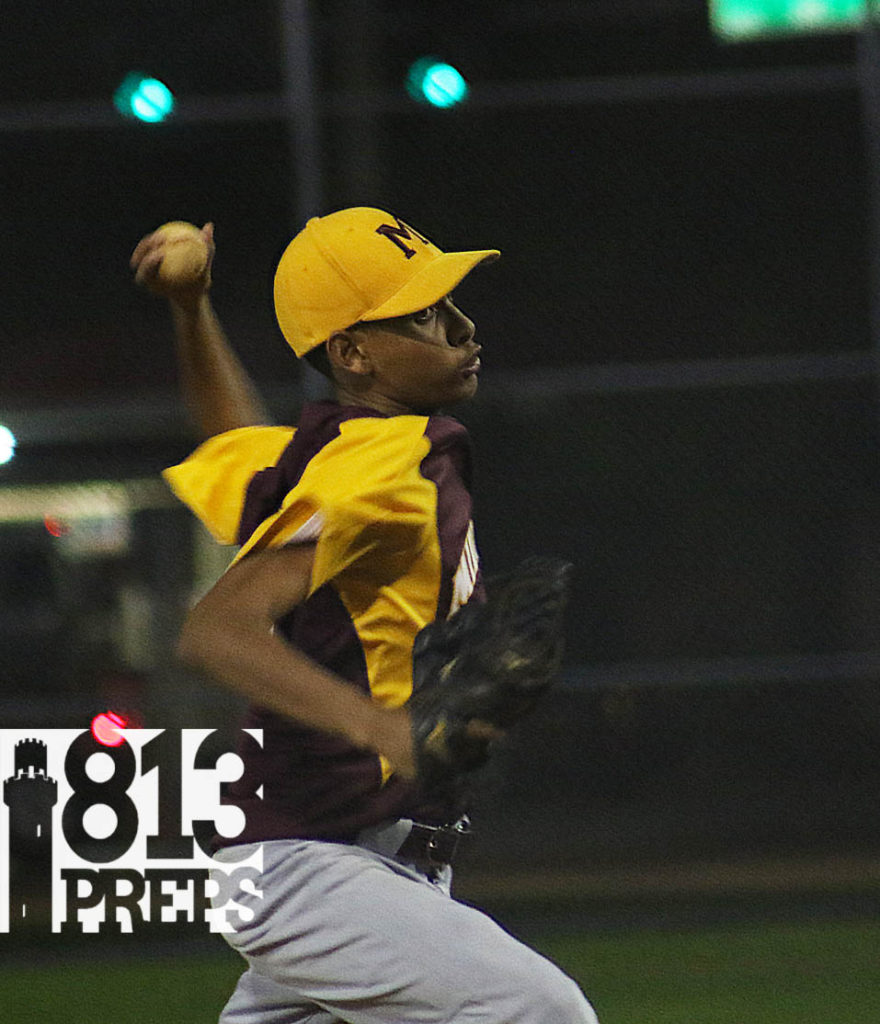 Ricardo Garcia came in with the bases loaded and no outs and pitched four innings of relief to earn the win for Middleton.

Garcia then proceeded to work three scoreless innings, as Middleton hung five unanswered runs on Brooks DeBartolo and the Tigers came out with a 6-2 win on the road Monday night.

“That was huge for (Garcia) to come in with the bases loaded,” Middleton coach Mark Whiten said. “I like to bring him in in that situation because I know he is going to throw strikes and as long as they put the ball in play and we field the ball, I know we are going to be okay.”

On offense for Middleton (2-1), Garcia hit a ground ball that deflected off a defender in the fifth, and the error allowed junior Cameron Williams to score from second base to tie the game. One inning later, Remer McIntyre Jr. led off with a double and another Brooks DeBartolo error put a second man aboard, before senior Jose Monroy slapped a two-run single through the left side to give Middleton all the runs they’d need.

“I went up to bat and I knew I had to get them in,” Monroy said. “I finally squared the ball up and it felt good.”

Cameron Williams swung through strike three in the sixth, but the ball skipped away from the catcher and Williams reached first, while Monroy added to the lead scoring with ease. Williams, the Tigers leadoff hitter, stole second a few pitches later and eventually scored his third run of the game on the Phoenix third error to give Middleton a four-run cushion.

“He’s going to have to be huge for us to get us going,” Whiten said of Williams. “He’s a base stealer, who has to get on base and we preach to him to hit the ball on the ground and run. He’s so fast he’s going to make defenses work fast and make mistakes, that’s the name of the game – put pressure on the defense.” 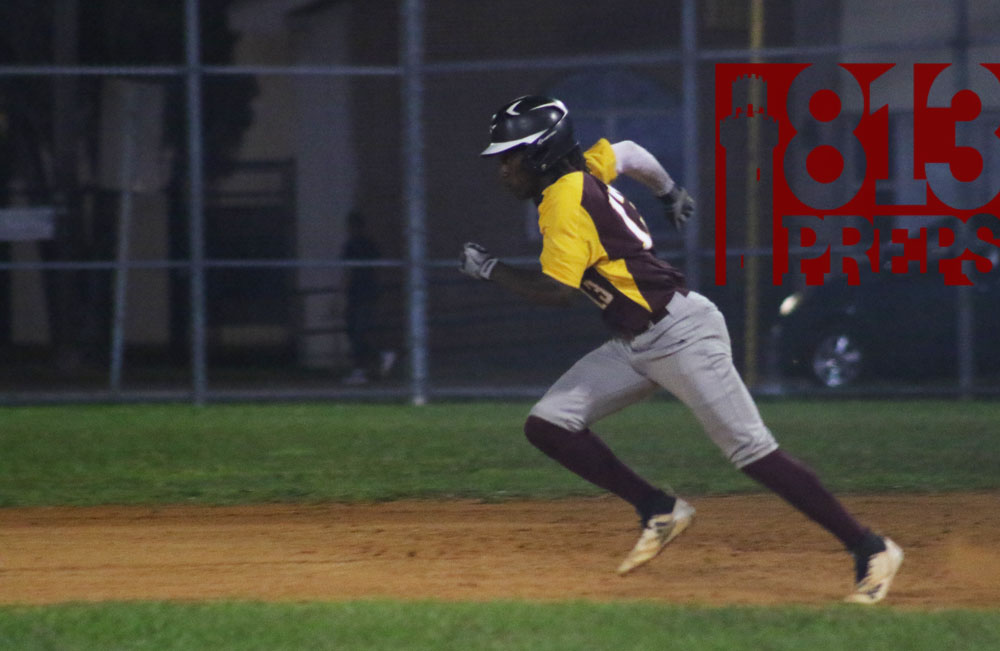 Middleton’s Cameron Williams takes off for second base in the fifth innings. Williams would score three runs in the game from the Tigers leadoff spot.

With the lead in hand, Garcia returned to the mound for the sixth inning and Brooks DeBartolo (0-2) tried to rally as Ryan Martin and Stephaune Haylock (2-for-3, double, run) each picked up one-out singles, followed by a walk to load them up. Garcia said he had to stay calm out there and realize he had a comfortable lead and his job was to let his opponent put it in play. A strikeout and a flyout later he returned to the dugout unscathed.

“When my team gave me that lead, it helped me a lot,” Garica said. “It took a lot of pressure off of me that (giving up) one run was not going to get (Brooks DeBartolo) back in the game. When I had that lead, I just had to throw strikes.” 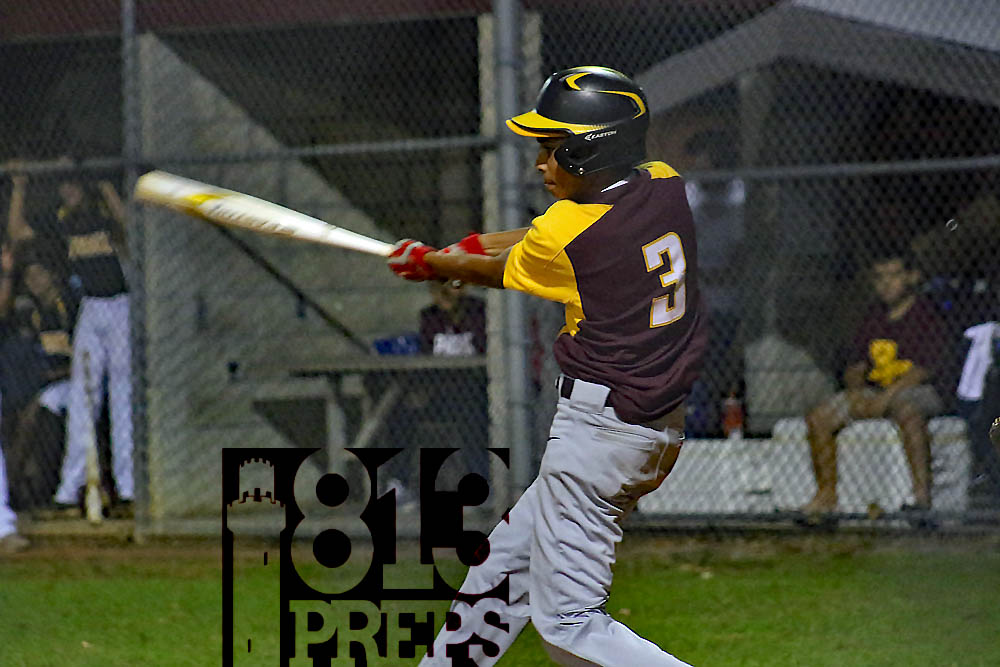 Ricardo Garcia picked up an RBI at the plate in the third inning.

Garcia would allow just three hits over four innings pitched while striking out a pair.

“That boy’ hot,” Monroy said of Garcia. “He comes in gets two double-play balls, works out there and gets those outs.”

Monroy took over for Garcia to work the final frame, and despite Middleton allowing a runner on a fifth Tigers’ error, the righty ended the game in four batters. 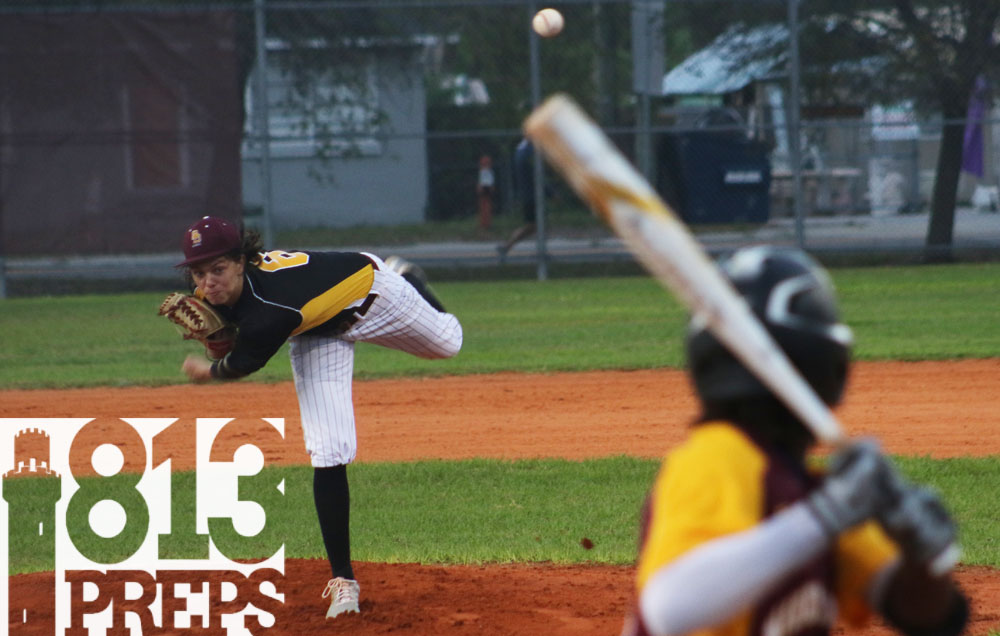 Brooks DeBartolo senior Ryan Bradarich pitched the first three innings of the game in a no-decision.

For Brooks DeBartolo, senior Ryan Bradarich started the game tossing three innings, allowing one run on one hit and striking out three, but his night was ended early as his pitch-count rose quickly, thanks in-part by an 11-pitch at-bat from Garcia that drove in the Tigers first run of the game. Nine-hole hitter Jimmy Curtis had a pair of singles in the loss for the Phoenix. 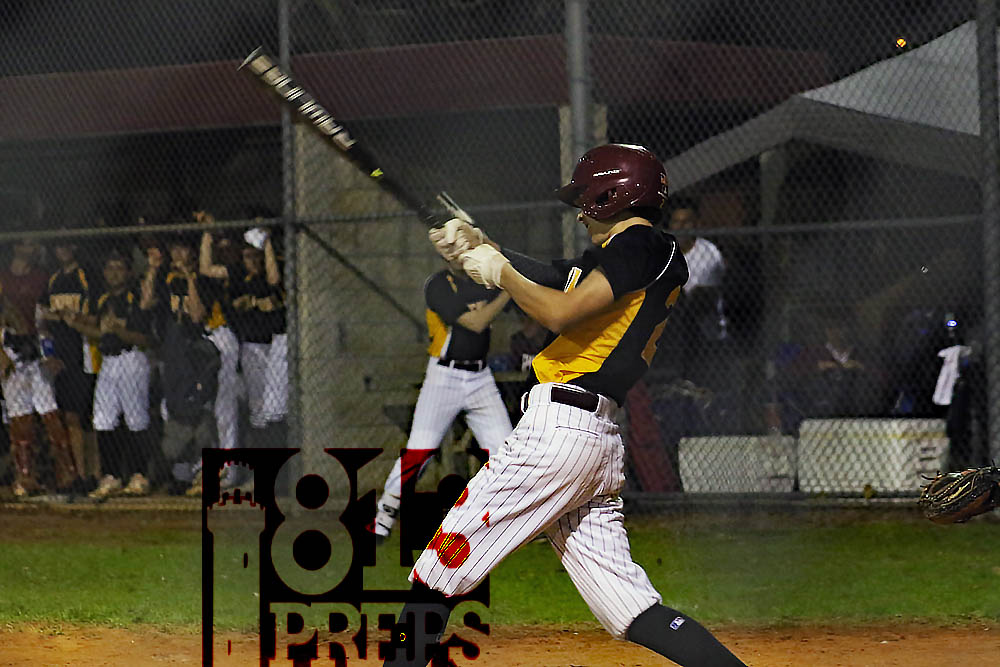 Brooks DeBartolo’s Jace Hoffman drove in a run in the third innings.