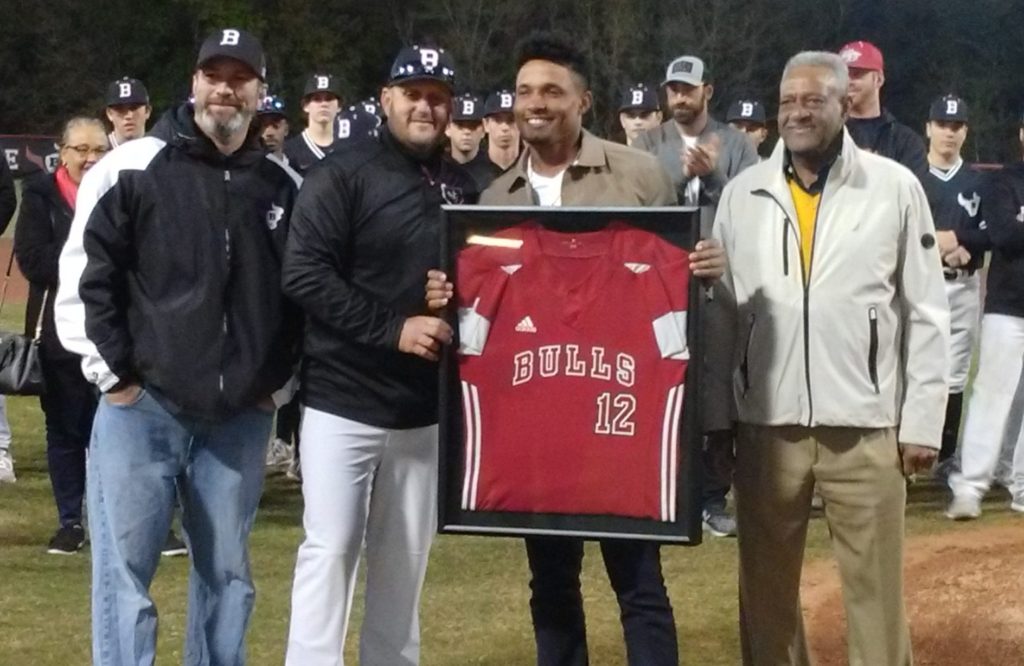 VALRICO – Richie Martin admits he was taken aback by flame-throwing Plant senior Mychal Givens as a 14-year-old freshman making his Bloomingdale debut in 2009.

It didn’t take long for the episode to come up when the pair became Baltimore Orioles teammates last spring.

“First conversation, definitely,” Martin said. “I didn’t strike out, so that’s all that matters.” 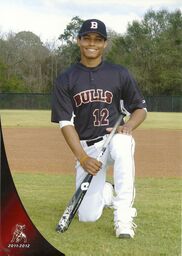 On the same infield Thursday night, it was the Bulls who humbled Martin by retiring his No. 12 uniform number before their game against East Bay.

“It’s probably one of the most special moments of my life,” said Martin, surrounded by former coaches, teammates and family. “This is where I grew up and the people I grew up with. The baseball part, honestly, I could care less about that.”

Martin has become accustomed to garnering accolades for his achievements on the field and in the classroom. As a high school senior, the National Honor Society student and all-state shortstop hit .438 while leading Bloomingdale to a 22-4 record.

He then shrugged off a professional opportunity with the Seattle Mariners, who selected him late in the 2012 Major League Baseball draft, to study civil engineering and continue his development as a ballplayer at the University of Florida.

“At the time, the right move for me was to go to school,” he said. “I thought I could get the best of both worlds at the University of Florida: a great education system and one of the best baseball programs in the country.

Martin made the most of his time in Gainesville, earning Southeastern Conference academic honors every year while continuing to turn heads on the diamond. But after three seasons capped by a deep run in the College World Series, the Oakland Athletics made it easy to pry Martin from the Gators by making him a first-round draft choice – the 20th overall.

Martin’s lifelong dream to reach the big leagues was fulfilled in the winter of 2018, when the Orioles snatched him up with the top pick in the Rule 5 draft. He explained what drove him there.

“I worked so, so hard,” he said, standing in his high school batting cage. “The field behind me – I’m not exaggerating – I’ve taken at least half a million groundballs. I’ve been out here every day since I was 12, just working, working, working.”

Bulls coach Kris Wilken, who also played in the Baltimore organization before eventually taking charge at Bloomingdale in 2008, testified to that.

“Richie was a very unique player,” he said. “He was one of the hardest-working kids I’ve ever been around, and he continues to be that way. He’s out here almost every day in the offseason.” 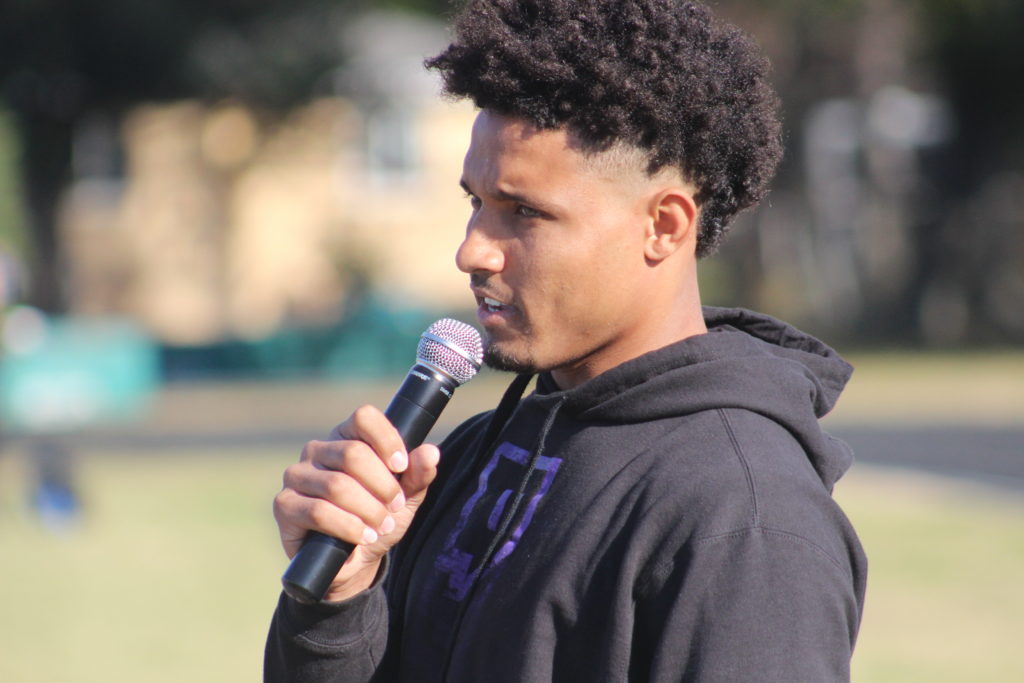 Martin speaking to youth campers at the Peter J. Mulry Foundation “Stars of the Future” clinic in 2019 (photo by Jarrett Guthrie).

First-year East Bay coach and former Bulls pitching ace Cody Crouse, who became close friends with Martin during their three seasons together, appreciated his alma mater arranging the occasion to coincide with his team on the schedule.

“It’s awesome,” he said. “Richie is well deserving of this. He did everything he could possibly do, as a high school kid up until now.”