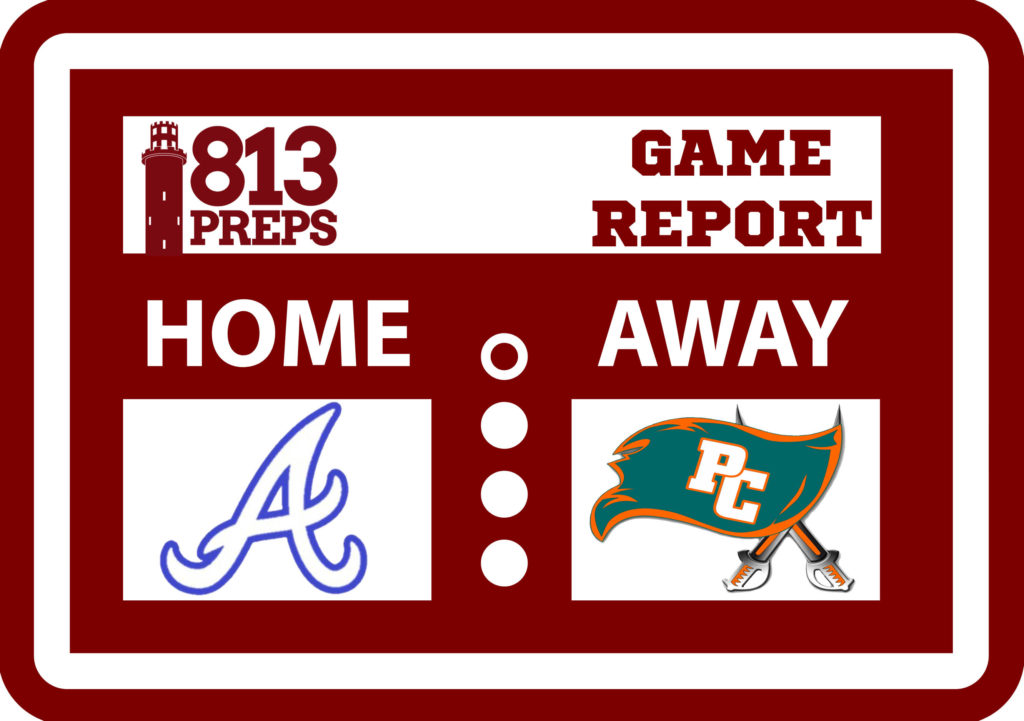 SEFFNER – As temperatures clipped the forties last night, Tyler Dowdy toed the rubber in the bullpen and tried to find the grip on his signature wipeout curveball.

“I told my catcher that I just couldn’t get my grip on my curve in warm-ups and I might not be able to find it until after a couple innings when I got warmed up,” Dowdy said. “In the bullpen, it just felt like a get-me-over curve.”

Fortunately for Plant City, the senior righty worked it out between the pen and the mound. 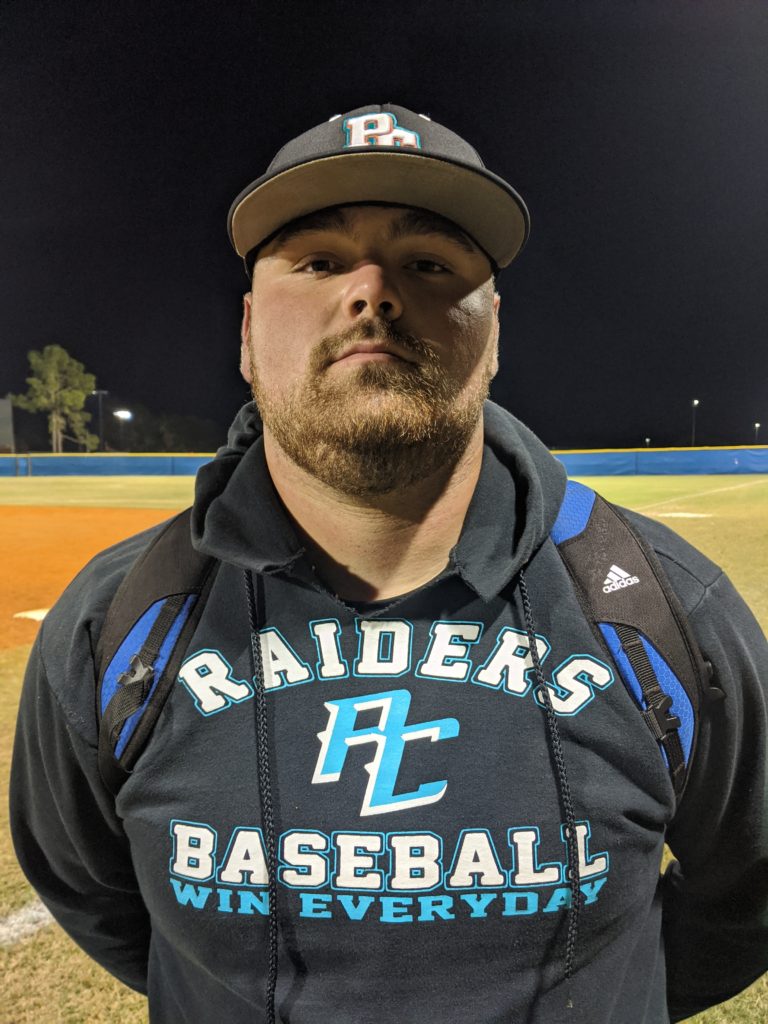 Dowdy was magnificent Thursday and the Raiders (3-1, 2-0) scratched out just enough offense to defeat host Armwood 3-0 to remain perfect in the 6A-8 standings.

“Everything was working,” Dowdy said. “The curve was snapping and I was pumping in my fastball. I felt really good out there.”

Dowdy worked ahead throughout the game, mixed in some three-quarter arm slots and had Armwood off-balance all night on his way to the complete-game shutout.

“He throws a lot of first-pitch strikes,” Plant City coach Mike Fryrear said. “He was throwing 2-0 curveballs for strikes and there’s something special about that. His curve was electric. This kid is a bulldog.”

Dowdy gave up two hits, walked just one and fanned 11, including six looking.

“The strikeouts (looking) just showed me I had it working tonight,” he said. “We just go out here everyday and grind.”

Armwood only got one runner to third all night. Trevor Finan doubled and advanced on a Manuel Maldonado sac fly. But Dowdy struck out the next hitter and centerfielder DeMario Williams layed out to rob Brendan Torres to end the threat.

Finan stood toe-to-toe with Dowdy through four, despite some leaky defense. Armwood (3-1, 1-1 in 6A-8) committed four errors in the first four innings but each time Finan was able to wiggle out.

However, Finan ran into hot water in the fifth when the Raiders scored the only run they would need on the night without a base hit. Finan walked four straight, sandwiched around a Ryan Robinson groundout, to make it 1-0.

“Finan is a heckuva ball player and pitcher,” Fryrear said. “When he started walking guys that was a shocker to us. That inning we were taking until we got a strike and it paid off for us.”

Robinson then gave the Raiders a 3-0 cushion with a two-run single in the sixth off reliever Cameron Oliu.

“I can’t say enough about Robinson,” Fryrear said. “He has been a spark in our lineup. You can put him in the three-hole, four-hole, leadoff.  You can play him in center, left, anywhere. I’ve got to get some other guys going and when we do that, we’re going to be very dangerous.”

Plant City, last season’s Class 8A state champs, have got outstanding pitching on the young season from Dowdy and Jarod Wingo (our Week 1 813Preps Player of the Week). In fact, the title for who’s No.1 and No. 2 in the pecking order is a weekly battle according to Dowdy.

“Me and Wingo go at it all the time,” he said. “I walk by him after a good game and tell him I’m the ace and then he does what he does and tells me the same thing. I mean the guy has 30 Ks in two games. Little man can throw it.”