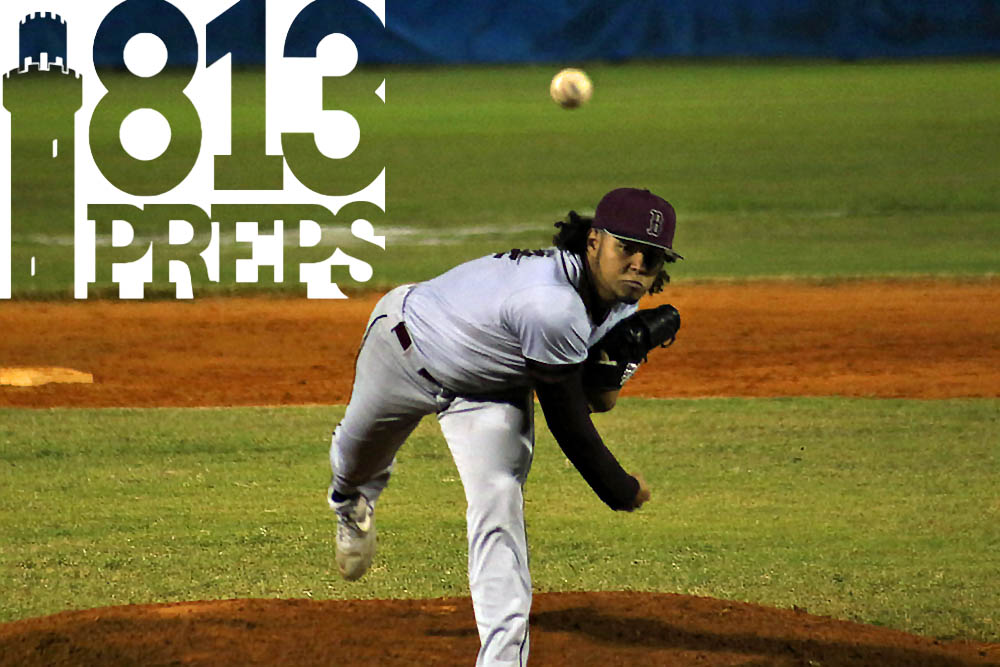 Brandon senior Marcos Herrand tossed a complete-game over the four-day period it took for the Eagles game at King to be completed due to rain.

TEMPLE TERRACE – Rain halted Tuesday’s district match between Brandon and King in the fourth inning with the Eagles leading the Lions by three runs. Four days later and a quick 45 minutes to finish the final 3 2/3 innings and Brandon left with the win in a strange complete-game shutout, 3-0 win for senior Marcos Herrand. 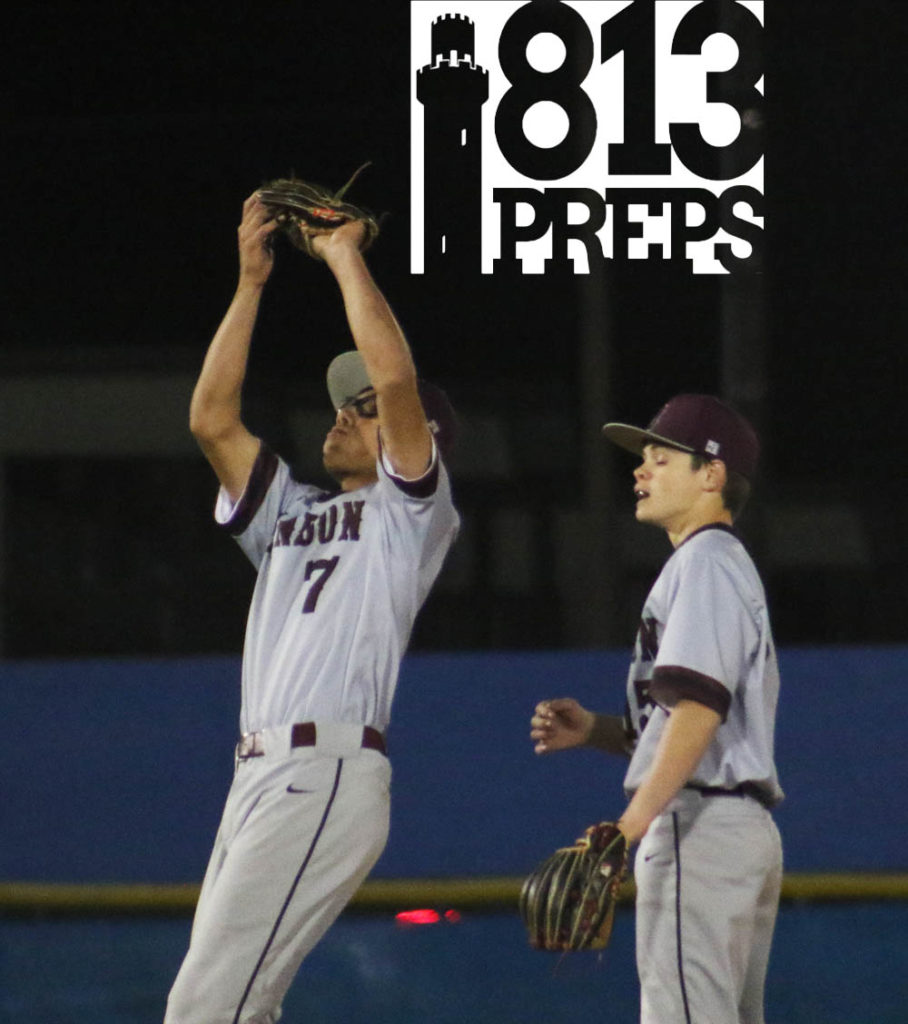 Herrand, who started the game and was cruising on Tuesday, tossed 60 pitches in his original start, and with inclement weather on Wednesday and both teams having scheduled games on Thursday the senior righty was able to pick up right where he left off with 105 pitches allowed if necessary. The Hillsborough Community College signee, allowed just one hit in each day’s portion of the game while striking out seven to earn his first win on the mound this season.

“It’s kind of like a restart mentally,” Herrand said. “It was strange to shut it down and then come into it again in the middle of a game … you have to do the same, focus on every batter and try to get outs.”

Herrand also helped out his own cause, when in Tuesday’s second inning he burned the right fielder for an RBI triple, then added some insurance tagging up from third on an Isaiah Soler pop fly the same inning. Brandon added a third run in the third as Marcus Lawrence walked and eventually came around to score.

Brandon (2-2, 1-0 in Class 5A-8 play) added just one more hit the rest of the game, a single by Herrand Friday night, as King (1-3, 0-1) reliever Charles Walker – who also returned to the mound from tossing one inning on Tuesday – was equally superb on the mound for the Lions. Walker a senior right-hander allowed just one hit, while striking out seven himself. 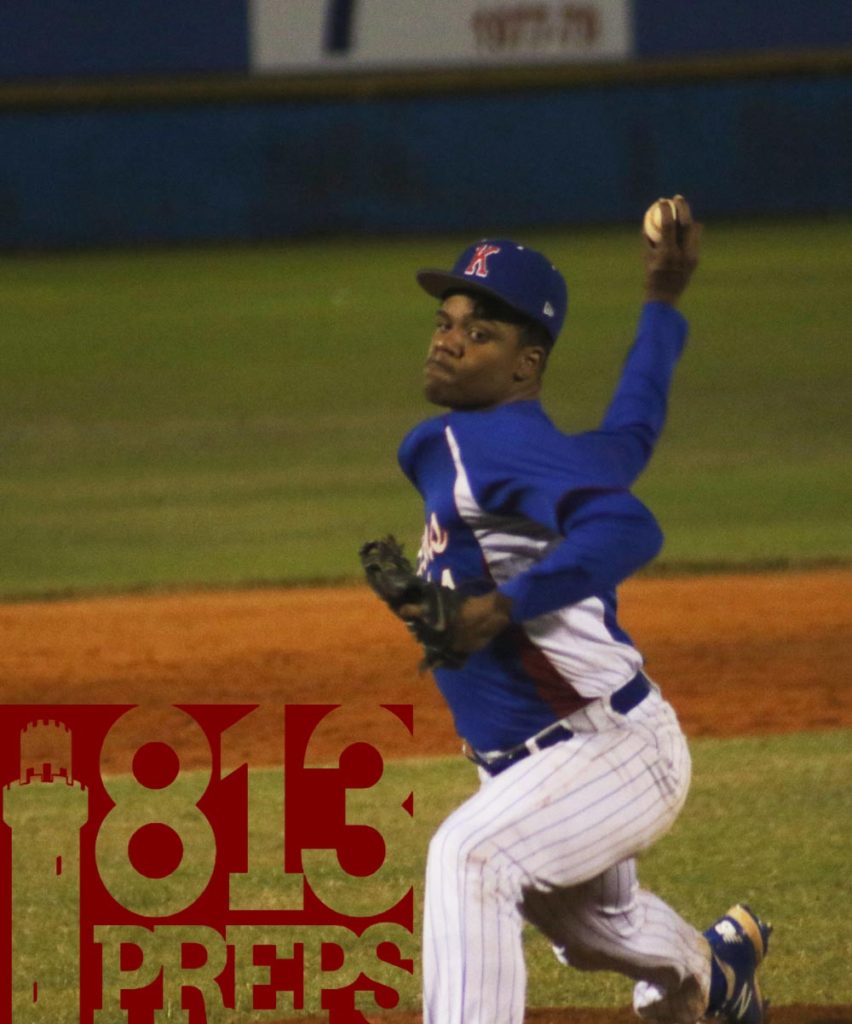 King senior Charles Walker struck out seven in four innings of relief. Walker pitched one inning on Tuesday and returned to finish out the game on Friday.

Brandon picked up its first win of the season on Thursday night with a 16-2 win against Blake, marking the Eagles first win streak under second-year head coach John DiBenedetto. The Eagles skipper said he’s seen his team gain a lot of maturity from last year’s essentially new squad, as seven defensive players have returned from the 2019 team.

“This was good for our boys to get this going,” DiBenedetto said. “Last year we started on the ground floor, and this year we brought back seven starters. We’ve preached defense, defense, defense, and now that and the pitching is starting to catch up.”

King got a single on Tuesday by Carson Mohler, and a last-inning, pinch-hit single by sophomore Hunter Keding, the first of his high school career. 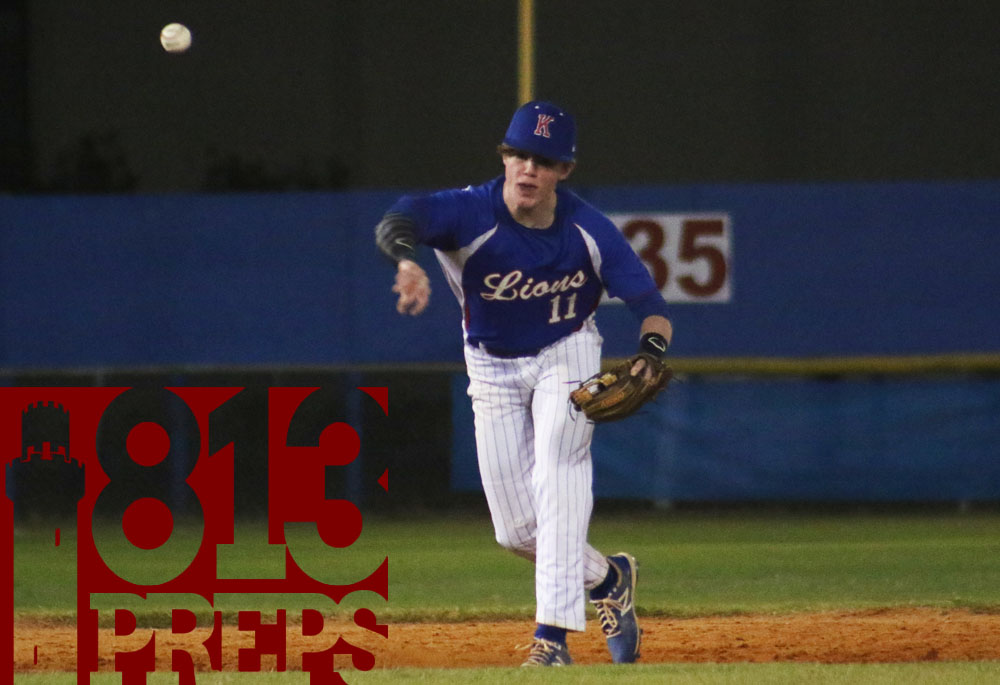 Lions shortstop Quentin Meadows throws across the diamond for an out in the seventh inning.