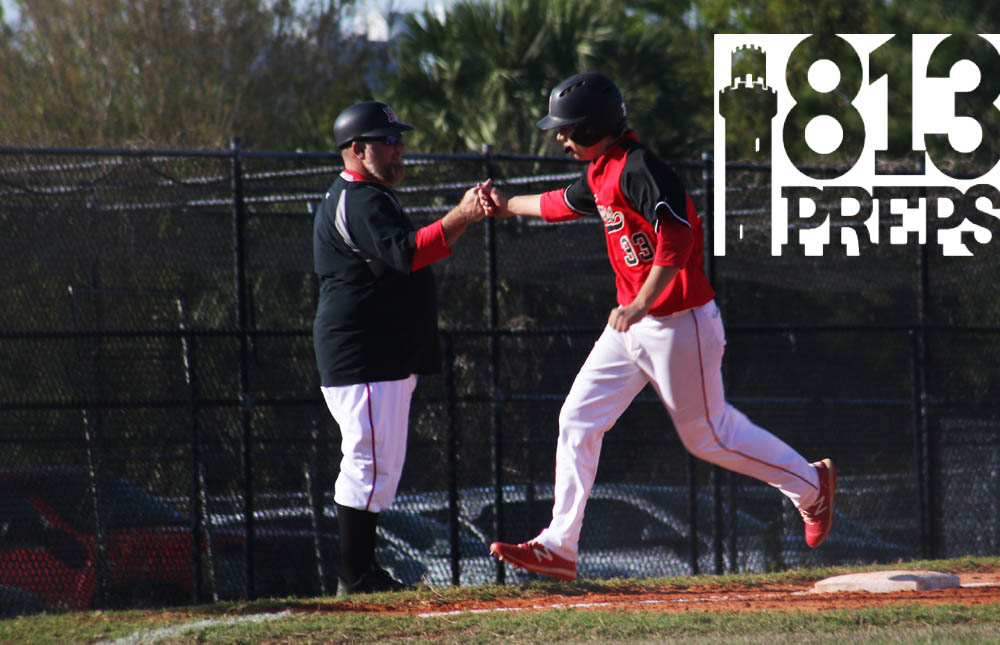 TAMPA – Sophomore Salvy Urso punctuated a decisive Hillsborough win, depositing his first high school home run over the fence in center and right on the banks of the Hillsborough River Friday afternoon as the Terriers defeated district opponent Blake 13-0 in five innings.

Earlier in the game Urso belted an RBI double (also a regular season high school first) as the Terriers scored early and often against the Yellow Jackets.

“Coach told me to think up the middle or opposite field,” Urso said of his home run. “Two-0, I knew (a fastball) was coming and put a good swing on it.” 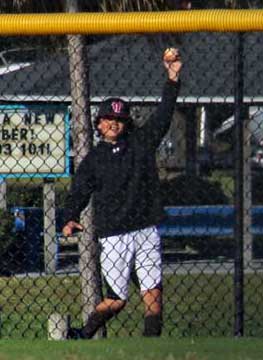 To add to the significance of the moment, Urso’s younger brother Brady, took off his shoes and waded into the shoreline to retrieve the ball.

Senior lefty Trevor Jones worked all five innings on the mound, striking out six, while allowing just two hits and earning his first win of the season.

Jack Montiel had a three-hit game, with a double and three RBI, while Brady Burgess (double) and Adrian Arroyo each had two hits and scored twice, Donald Gorgei drove in a pair and also had a double, and Tanner Jones had a hit and RBI for Hillsborough (4-1, 1-1 in 5A-7). 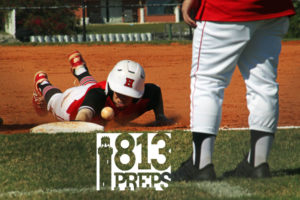 Adrian Arroyo dives back into the bag on a throw-over in the first inning. Arroyo would score the deciding run, and also add an RBI single and another run to the win. 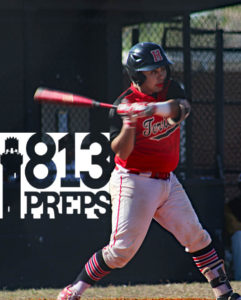 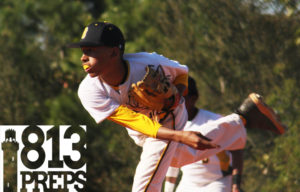 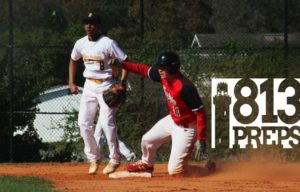 Brady Burgess pops up with a double for the Terriers. 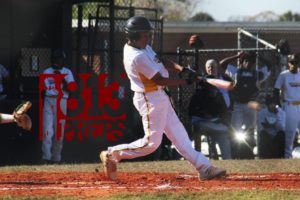 Blake’s Reggie King singled for the Yellow Jackets first hit of the game. 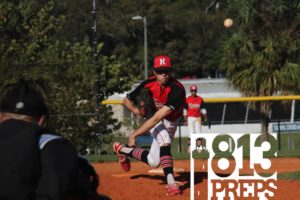