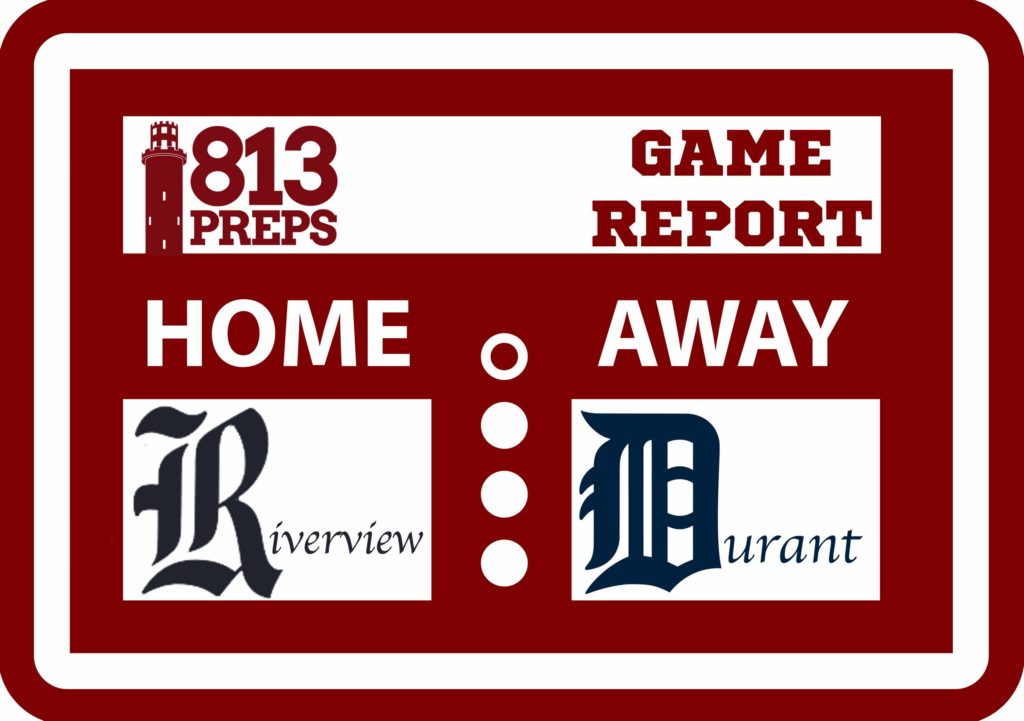 RIVERVIEW – The message before the seventh inning was simple – help out starting pitcher Sean Hermann.

Durant’s Javy Quintana came sprinting in from his spot at second, urging on his teammates to put another run on the board. Coach Butch Valdes brought the team together in front of the dugout, trying to rally the troops. 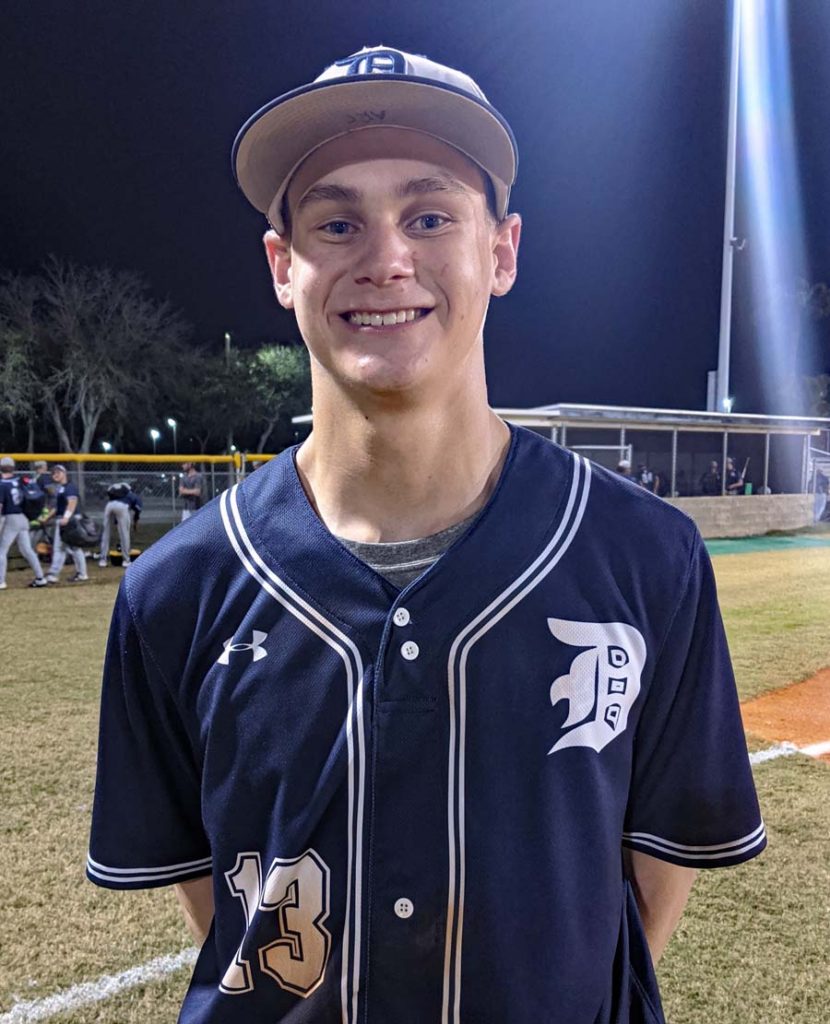 “Coach’s message was to see ball, hit ball because we were getting too deep into counts,” Durant third baseman Austin Sewell said.

And Sewell did just that.

The junior doubled and eventually came around to score, padding the Durant lead while Hermann did his thing on the bump, leading the Cougars to a 2-0 district win against host Riverview Tuesday night in a tidy hour and forty three minutes.

“I was looking first-pitch fastball like coach said and it was a little up and middle in,” Sewell said. “It was right where I wanted it. I just jumped on it.”

Sewell said pushing across another run in the seventh was paramount.

“Anyone out here can hit a home run,” he said. “So we needed to get (Hermann) an insurance run because he was pitching his butt off tonight.”

Not that Hermann needed any more help. The junior righty was fantastic, spinning a complete-game three-hitter on the way to picking up his first win of the season.

“Yeah I could tell down in the bullpen it was going to be a good night,” Hermann said. “I felt good. Everything was working.”

That would be an understatement. Hermann worked ahead all night, fanned eight and didn’t walk a batter. 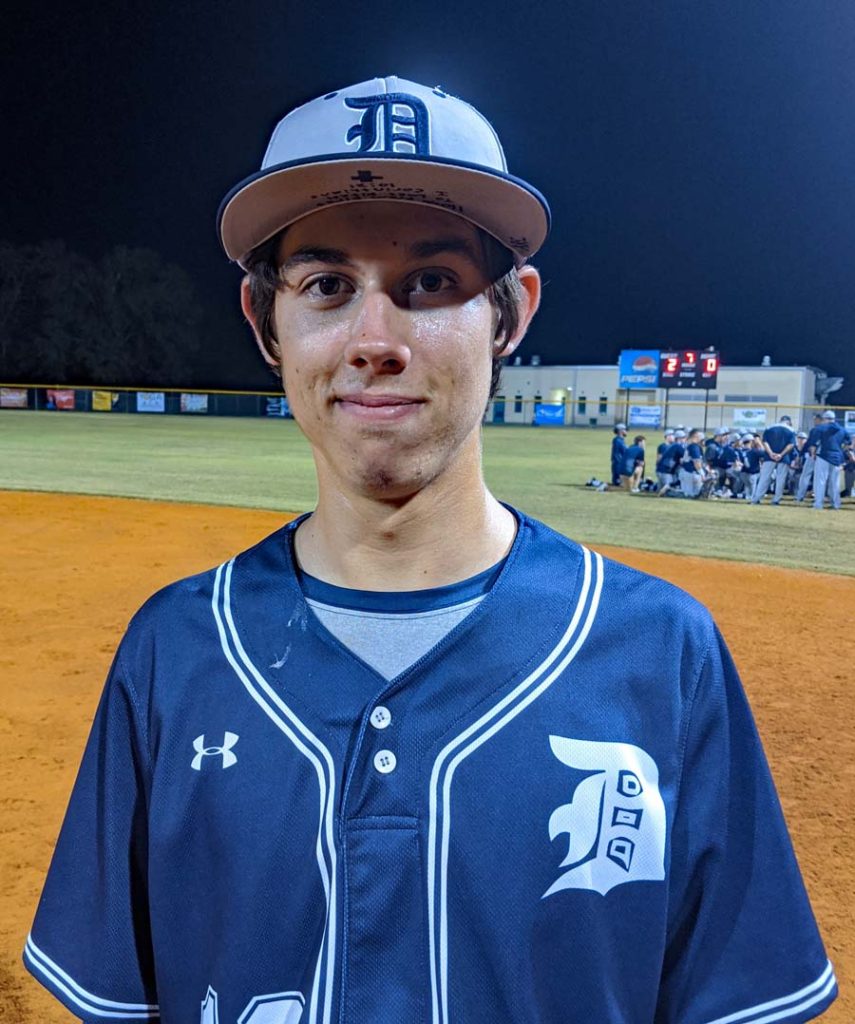 “My defense works hard for me and they were great tonight,” Hermann said. “And that’s why I’m not afraid to throw the ball over the plate and work ahead in the count.”

Just how efficient was Hermann? The USF commit needed a sparse 81 pitches, reached a three-ball count just twice and allowed only one runner past first all night.

“It helps us out so much as a defense because he just kept getting ahead and throwing strikes,” Sewell, who went 2-for-3 and scored twice, said. “I’ve seen him pitch a lot of games in our life. This might be the best one ever.”

With two outs in the second, Sewell reached on a single and advanced to second on a balk. Luke Cadwallader (1-for-2) then followed with an RBI single to open the scoring. It would remain 1-0 until the seventh when Cadwallader’s sac bunt advanced Sewell to third before he ran home on a wild pitch to cap the scoring.