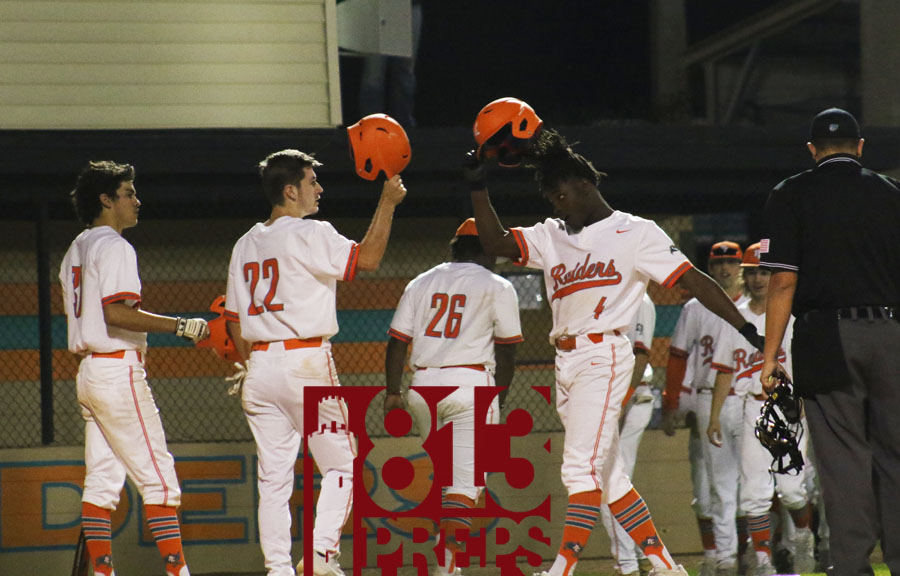 Plant City junior DeMario Williams crosses the plate and is congratulated by Tre Ragan after his two-run home run gave the Raiders the lead in the fourth innings.

PLANT CITY – Three times Plant City senior Jarod Wingo wild-pitched runners into scoring position, but on each occasion the Raiders ace not so much wiggled off the hook, as pulled the fisherman out of the boat. Wingo was laser-focused in pressure situations, striking out nine Leto hitters as the Raiders picked up a big Class 6A-District 8 win on Tuesday night, 3-1.

Seven of Wingo’s punchouts came with runners in scoring position, and allowed he just a first-inning run as Leto’s Coltin Pizzio doubled on the game’s first pitch and was singled in by Mikey Camacho. 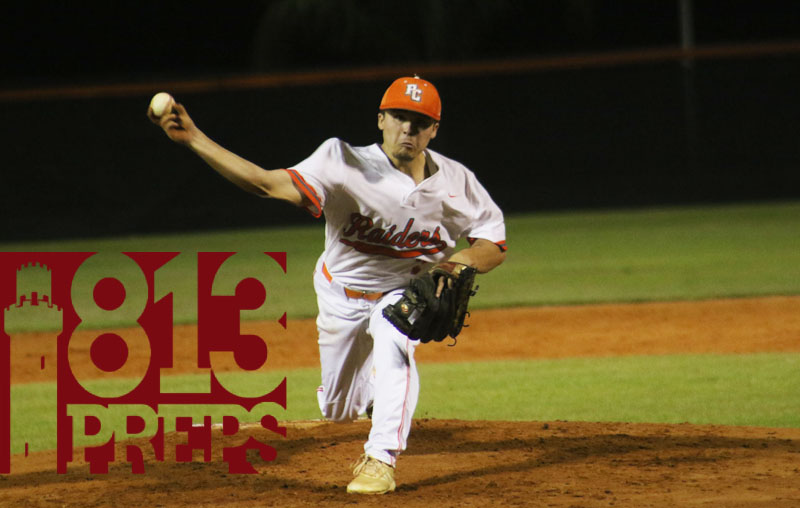 When runners reached base and runners got 90 feet from scoring, Wingo heard the steady barrage of “bulldog” from his first baseman Tyler Dowdy, and after the first he certainly embodied that mentality.

“When intensity gets high from the rest of the team and I hear everything, it’s time to go,” Wingo said. “When that runner gets to third it hits me, one out, two outs it doesn’t matter, that’s when I hit that next gear.” 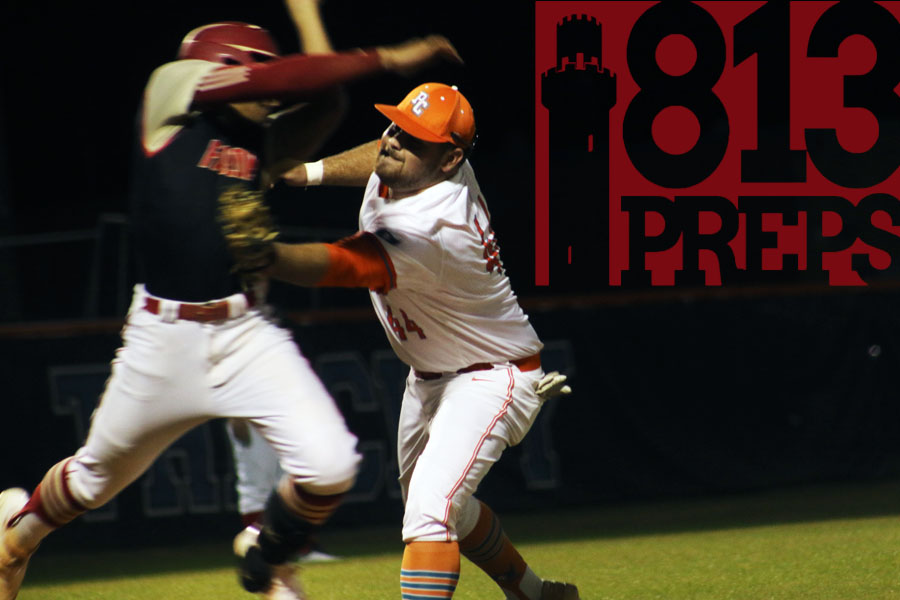 Plant City’s Tyler Dowdy tags out a runner in the first innings.

The Falcons lead was short-lived as Plant City answered in the home-first as Cole Cothren reached base on a fielder’s choice, followed by singles from Dowdy and Tre Ragan, the latter of which was a run-scoring liner to left to tie the game.

“After the first inning, I wanted to get that run back,” Ragan said. “I feel confident at the plate, I’ve been moved up in the lineup and I’m really comfortable up at the plate right now.” 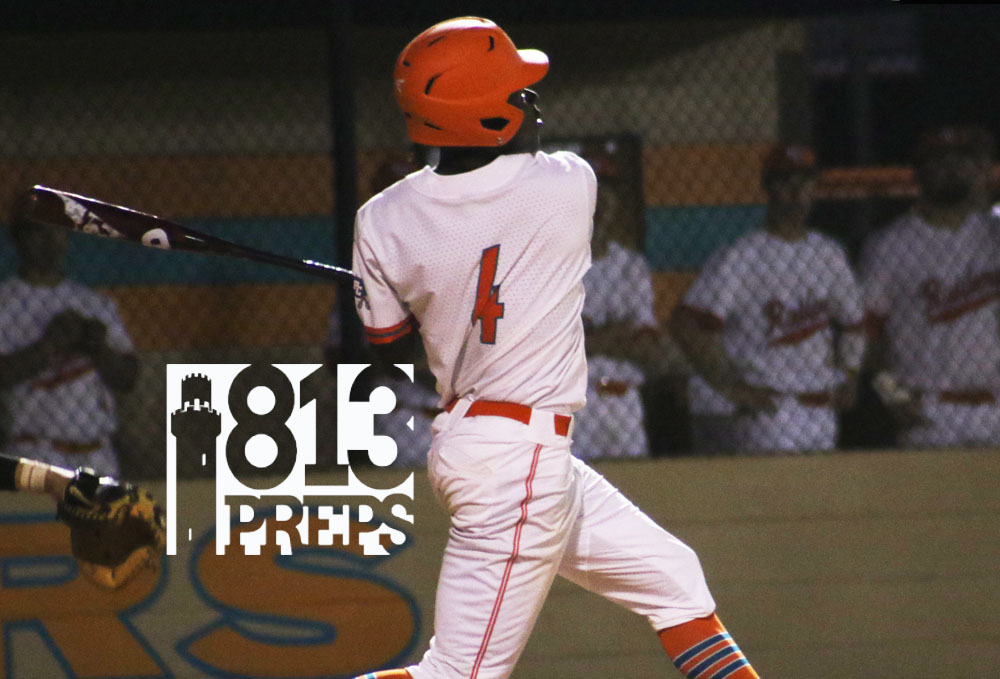 Williams can’t help but take a peek as his fourth-inning home run screams over the left field fence.

The difference maker on offense came from the bat of DeMario Williams, who followed his second inning double in the left-center gap, with a rocket over the left field wall plating two in the fourth inning. Williams a highly recruited wide receiver for the Raiders football team said his first home run was an exciting moment, but one he was more excited rewarded the hard efforts of his pitcher on the night.

Asked what feels better scoring a touchdown or hitting a home run, Williams smiled saying: “Well, I score multiple touchdowns, so football is a little different, but that felt great.”

Plant City (4-1, 2-0 in 6A-8) picked up a season-high six hits as things on the hitting side are slowly starting to catch-up to the impressive early season pitching. Wingo, who improves to 2-0 on the season, leads the county with 39 strikeouts on the year.

After the first-inning run, Wingo scattered four hits, working 6 2/3 innings of scoreless baseball before reaching his pitch-limit and handing the ball off to Ryan Robinson, who picked up the one-out save. 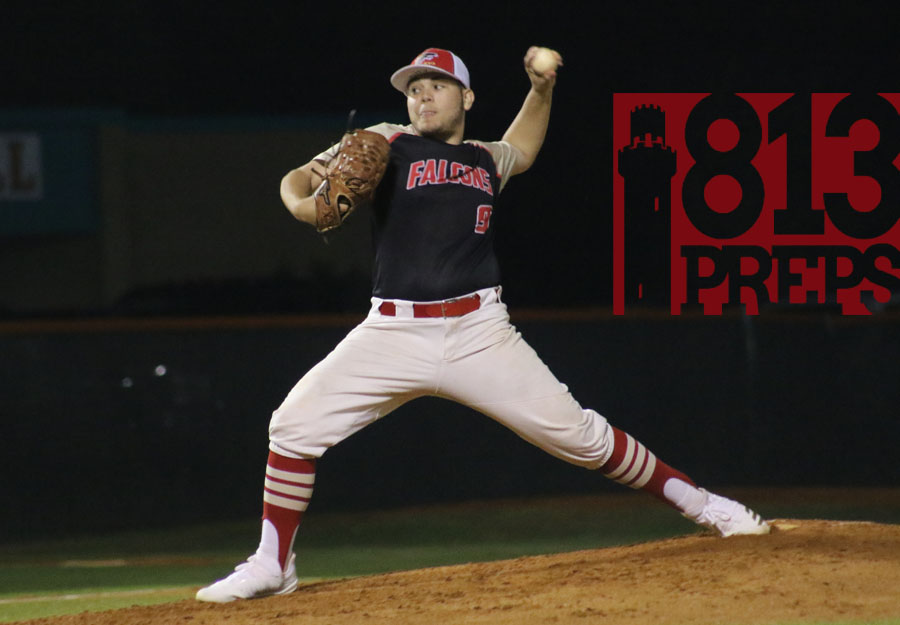 Leto (3-2, 1-1 in 6A-8) got a steady start from senior Anthony Miyares (1-1), who struck two and allowed three runs on six hits in 4 2/3 innings, while lefties Jagger Sanchez (one out on two pitches) and Anthony Arteaga worked cleanly out of the bullpen. 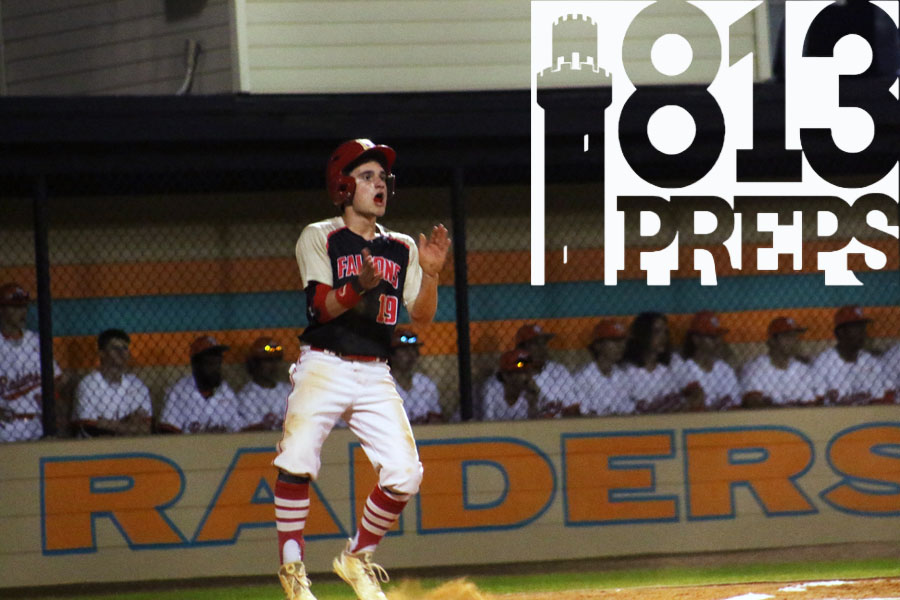 Leto sophomore Coltin Pizzio claps in the direction of Mikey Camacho after his teammates singled him home in the first inning.

The Falcons also had six hits in the game with Damien Breton having a pair of singles in the loss.

“They are coached so well,” Wingo said of the Falcons. “They are short to the ball, a contact lineup and are definitely one of the best hitting teams in this county.” 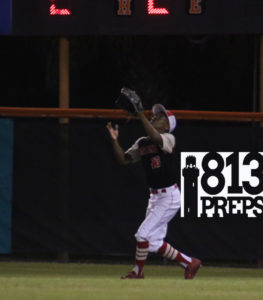 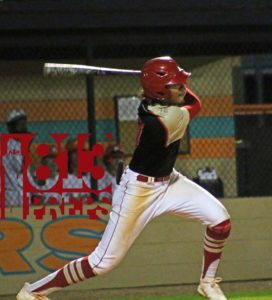 Leto’s Damien Breton had two singles in the game. 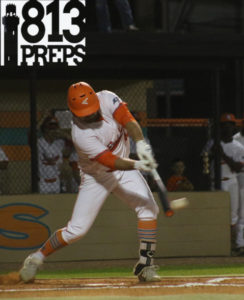 Raiders senior Tyler Dowdy connects on his team’s first hit of the game. 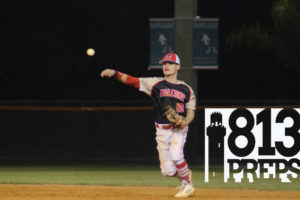 Falcons second baseman Coltin Pizzio throws for an out in the third inning. 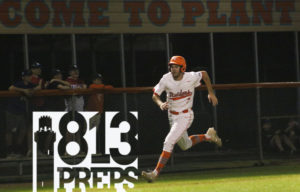 Plant City’s Cole Cothren scores in the bottom of the first.