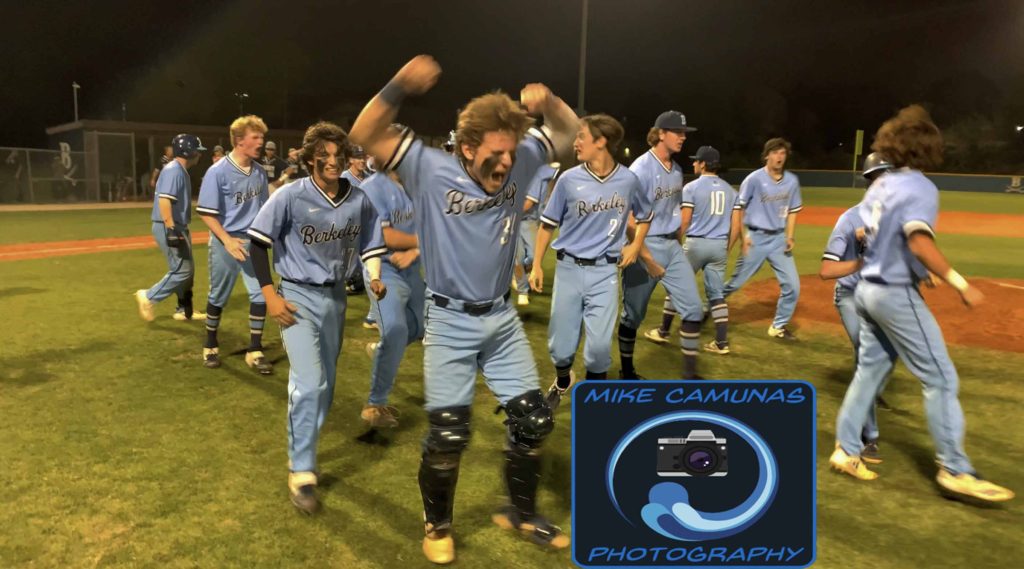 TAMPA — Alex Haire is pretty sure it was a fastball.

“Yeah,” the 5-foot-10 senior outfielder said with a sly smile, “I think it was a fastball.”

In all likelihood, it was as fastball that Haire sent over the leftfield fence at Carlson-Cone Field that gave his Buccaneers an incredible comeback, walk-off 5-4 win over Class 3A-8 rivals Calvary Christian, the defending (4A) state champs.

“I just know it was over the fence,” Haire added. “I’ve never had a walk-off homer before, but (this win) is a step in the right direction and it feels like a real momentum changer for the season.” 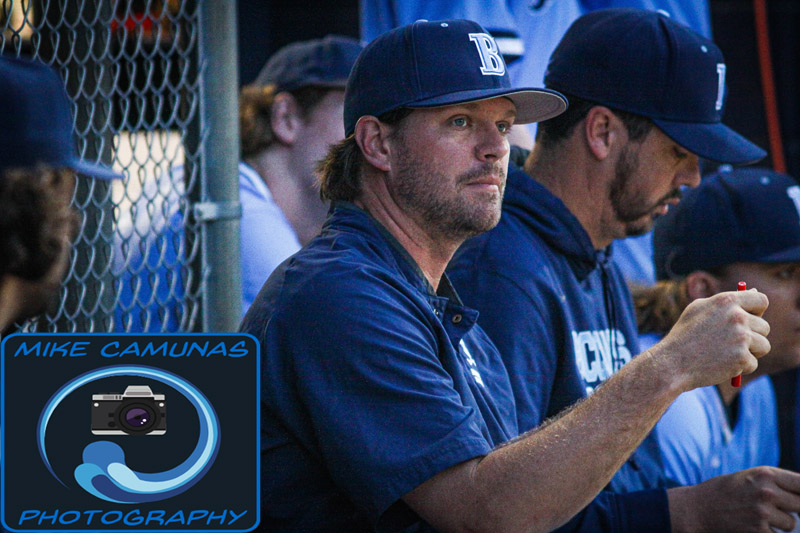 And it’s not like Berkeley Prep (7-0, 4-0) was struggling entering this game with the Warriors (5-2, 2-1). The four runs spotted by the Bucs was the most they had allowed all season, yet they were never really out of the game.

“I still think we’re a better team — not better than them — a better team than we’ve been playing as,” Berkeley Prep coach Richie Warren said of his team that has now outscored opponents 45-9. “We didn’t play a clean game, by any means, but the kids just kept battling and just kept punching back. We have a bunch of kids that believe in one common goal: don’t give up.” 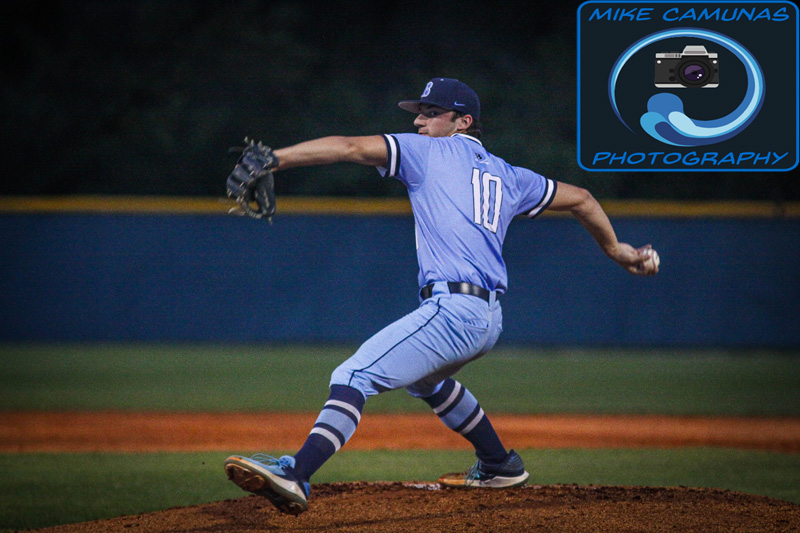 Right-handed pitcher and captain Ian Brown started the game for the Bucs, lasting three innings and giving up two earned runs, including a homer to Warriors slugger Tommy White. Will Parkinson would relieve Brown and throw 3 ⅔ innings, allowing one run on four hits. Jake Little would get the final out in the top of the seventh inning and pick up the win thanks to Haire’s walk-off.

“That was our plan all along: to go with those three,” Warren said. “For Jake, though, to get the final out on them and not have to face Tommy (White), who is a constant threat, was huge and gave us a definite chance.”

Berkeley’s chance came thanks to leadoff walk by Connor Leach, who didn’t even swing at a single pitch to start the seventh. He moved to second on a wild pitch, but then a perfect sac bunt by Anthony Castillo, pinch hitting for David Childers, allowed Leach to move to third. 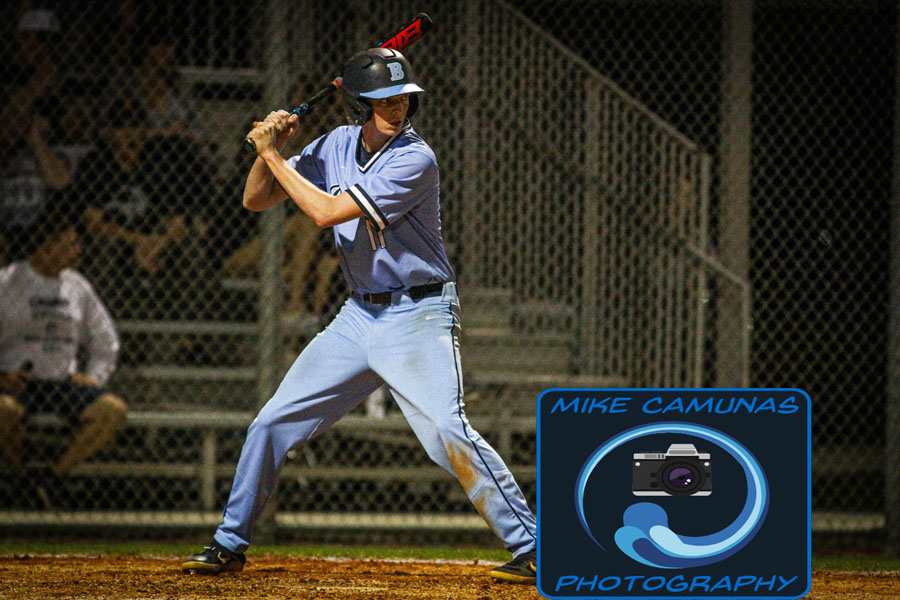 For a team that is not a small-ball team, Berkeley Prep played some clutch small-ball when it mattered.

“We don’t do that very well,” Warren said. “That was Anthony’s first at bat of his high-school career and he got it, probably, in the biggest moment of our season so far and had just an unbelievably calmness to him to put (the ball) right where it needed to be to give us a chance.

“And all you need is a chance, especially when you’re down by one.”

Well, all Haire needed was two pitches before sending the Buccaneers to victory and to a scrum at home plate. 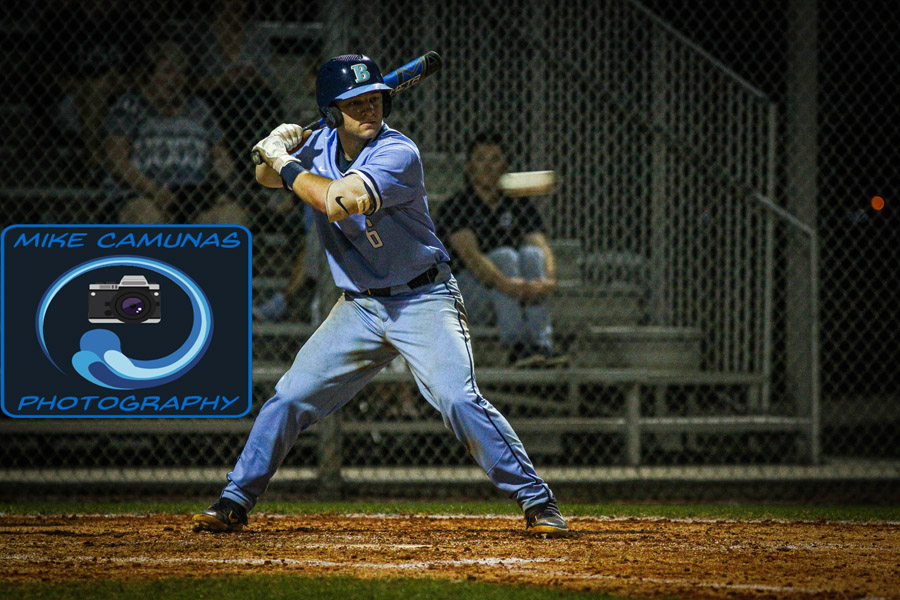 “You couldn’t have picked a more perfect moment,” said Childers, who also drove in a run Thursday evening. “Alex — we have a 100 percent confidence in him and the way he’s been swinging the bat this season. Sure, he’s more of a speedy guy, but he hits a lot of home runs in practices and scrimmages, so we know what his bat is capable of.”

“I want all my guys in that spot,” Warren added enthusiastically. “There’s not one guy, one through 24 on the roster, that I wouldn’t want up there at the plate in that situation. He just happened to be the guy and got the pitch that sent us home.”

For Childers, the game was never in doubt, even when the Bucs were down three runs.

“We believe in ourselves,” he said. “No matter how many runs we get down, we’re always going to keep clawing and keep fighting — that’s what we do. We keep ourselves in the game.”

And Haire, well, he’s pretty sure he agrees with his catcher.

“Yeah,” he said with another smile. “Something like that.” 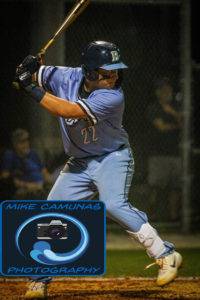 Senior captain Johnathan Bruno gears up for a pitch. 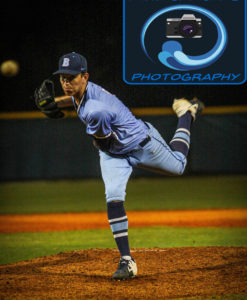 LHP Will Parkinson delivers a pitch on Thursday evening. 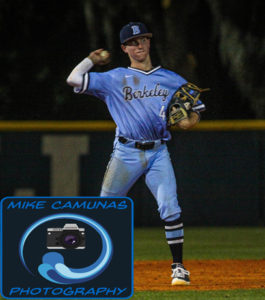 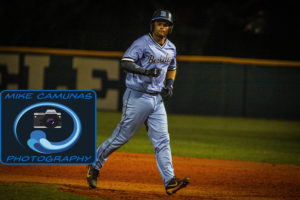 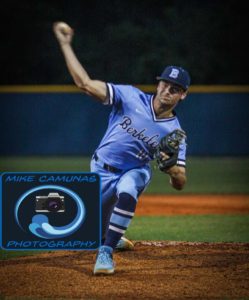 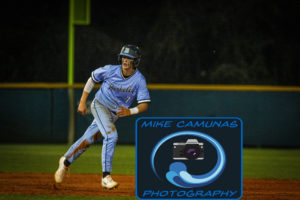 Junior Andrew DiMisa breaks back to first base on Thursday evening.