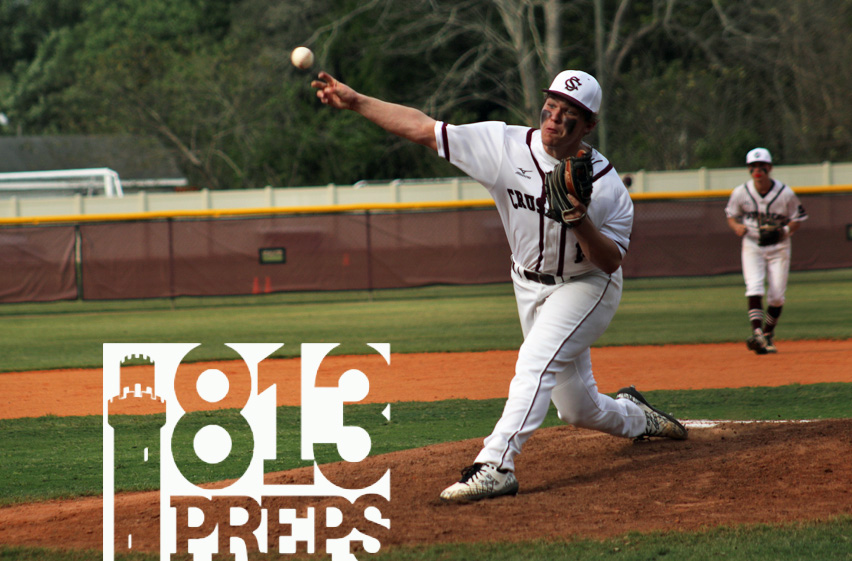 Seffner Christian junior Ben Cheek struck out 11 in six innings on the mound on Thursday.

SEFFNER – The home-team Crusaders offense came out a little flat at the beginning of Thursday’s afternoon game, but keyed by some bottom-of-the-lineup small-ball and then second time through execution the Seffner Christian offense found its pace, topping Tampa Prep 8-1.

Not flat at all however, was the pitching of Crusaders junior Benny Cheek, whose slider and change-up kept the Terrapins off balance as the righty held Tampa Prep to just one run on four hits and struck out 11.

“I was really able to work change(-up) today,” Cheek said. “I was kind of missing my spots a bit with my fastball, but being able to mix-in that changeup so they didn’t keep seeing the slider.” 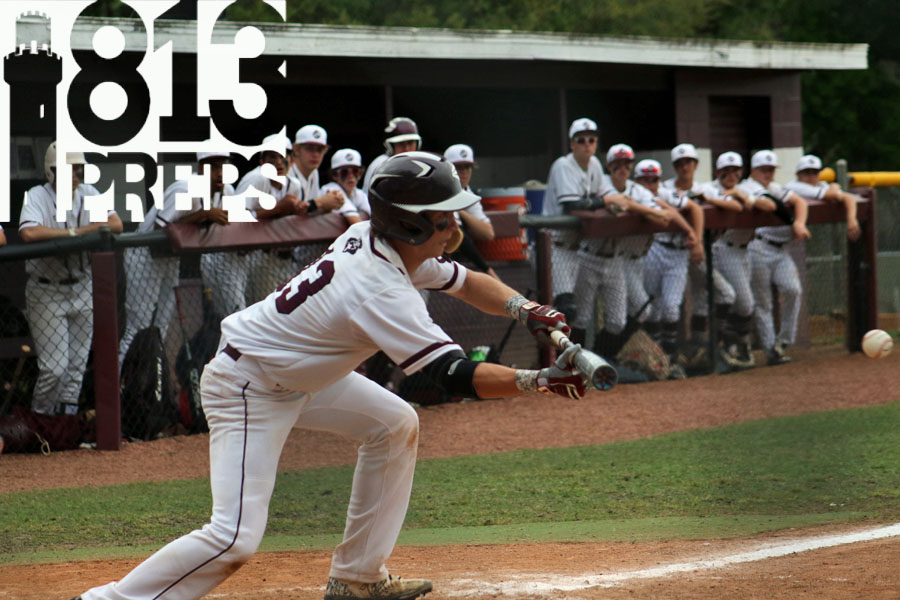 Seffner Christian senior Daniel Tomasello was 2-for-4 in the game, and helped key the Crusaders six-run third inning with this bunt single.

Scoreless through two innings, Seffner Christian (5-1) broke things wide open in the home-third. Eight-hole hitter Josh Foster singled, followed up by a push-bunt single from Clay Odiorne and another from Daniel Tomasello to load the bases, the seal was broken when Tommy Turkett’s ground ball plated the first run, Cheek added a two-run double and Dylan Cheeley singled in one and was plated on a big double from Spencer Boynton. 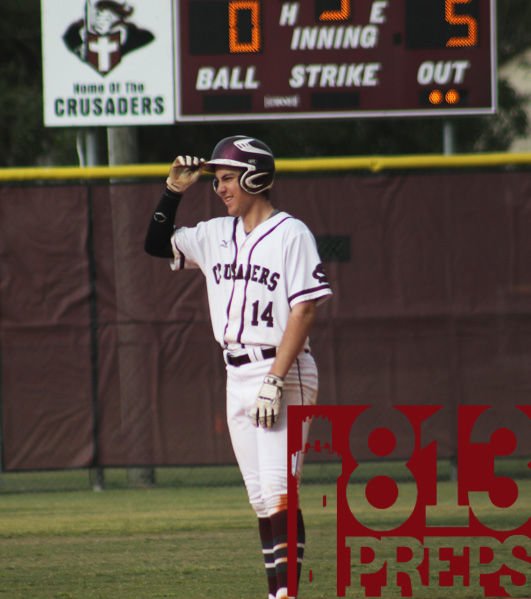 Boynton tips his helmet toward the dugout after his two-run double.

“We started out a little flat at the beginning, so we came out (in our second at-bats) looking for good pitches,” Boynton said, “and we found them.”

Cheek allowed four Tampa Prep (4-2) hits in the fourth, including an Owen Fulton double and an RBI single from Robert Birk, but left the bases loaded with two punchouts in the frame.

But Seffner Christian padded its lead with a run in each of the next two innings, the first on a Turkett single and the game’s final run came from Boynton.

Boynton said he was kicking himself a bit after a second-inning error, but that he knew Cheek would have his back, which he did striking out the next batter and leaving a runner in scoring position.

“I made an error out at third,” Boynton said. “But I knew Benny would have my back. He’s on a tear right now.” 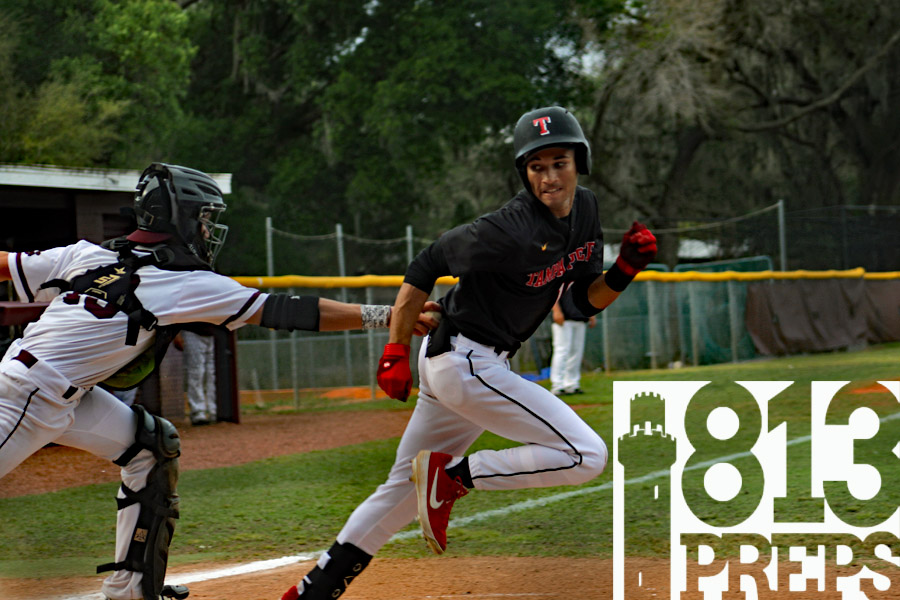 Crusaders catcher Daniel Tomasello makes a tag after a dropped third strike in the second inning.

But Boynton also did his part to make up for it, going 3-for-3 in the win, including the two RBI hits and a run scored.

“Against a team like (Tampa Prep) you can’t miss your chances,” Boynton said. “We came out today and executed.” 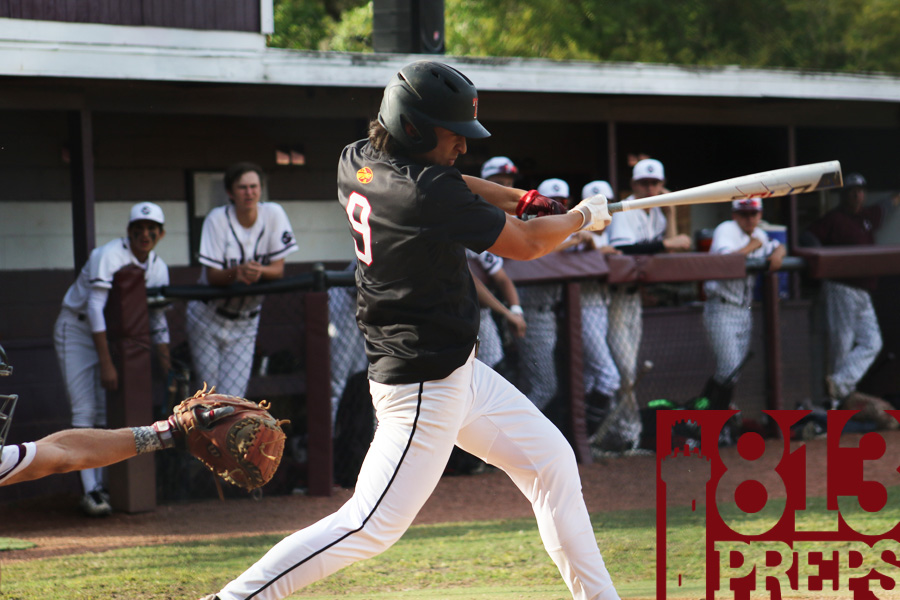 Tampa Prep’s Robert Birk had an RBI single in the game. 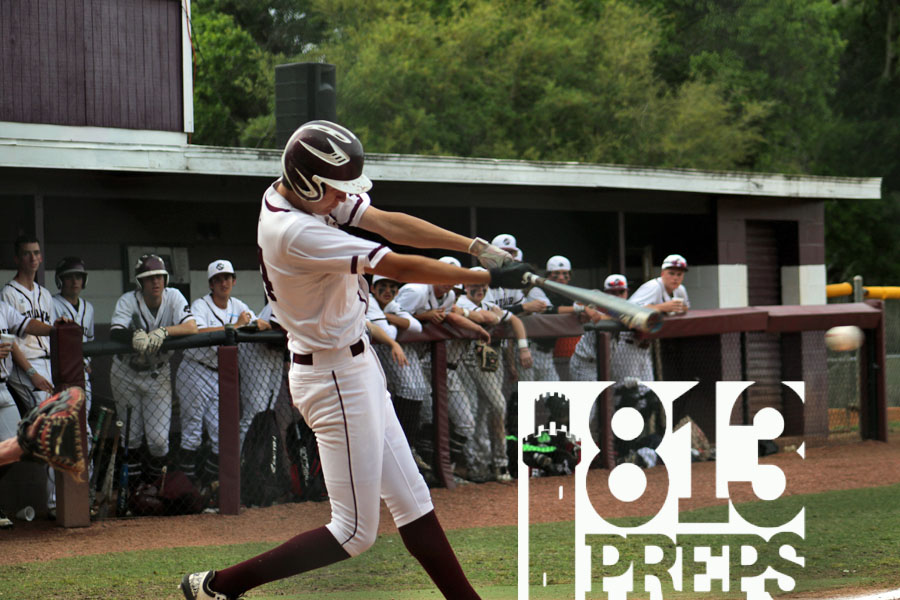 Spencer Boynton connects on his RBI single in the fifth. 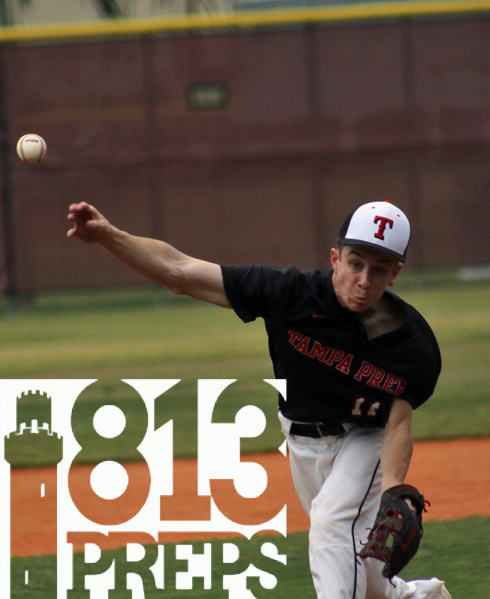 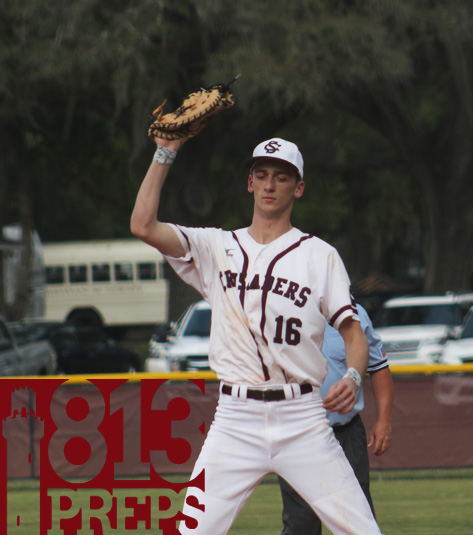 For Cheek, the 5-1 start for Seffner Christian is good, but he said he and his Crusaders teammates are eyeing bigger prizes down the road. And though the win against an always tough Tampa Prep was important, the ‘Saders are already eyeing Friday’s game at Cambridge Christian.

“I learned this thing from Tom Brady when he was asked, ‘what’s your favorite trophy?’ and he replied, ‘the next one,’” Cheek said. “We have that mindset, we put each game trophy on the shelf and move on to the next one.”

Tampa Prep got a nice first varsity start at second base from freshman Jaden Holder who started seven outs in the game, including a 4-6-3 double-play. 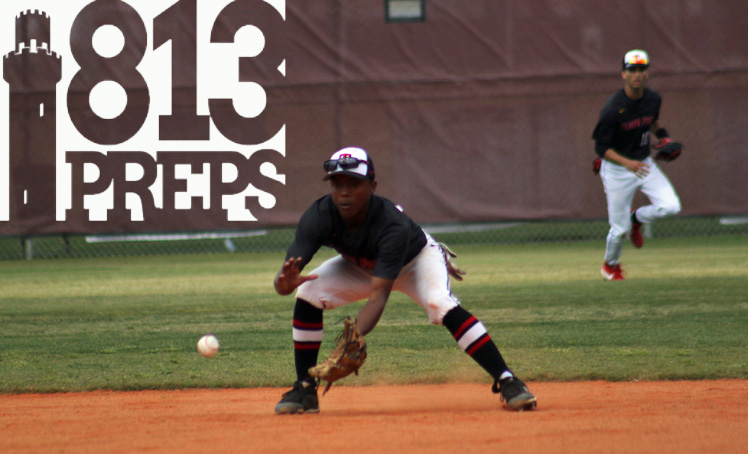