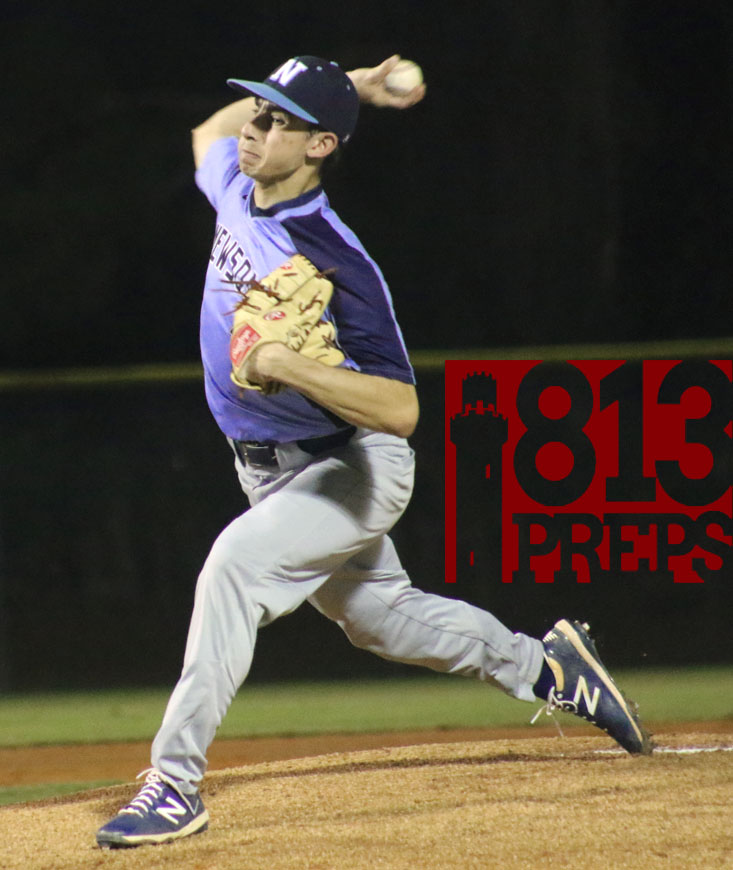 Newsome senior pitcher Zach DeVito had already made a pair of big starts for the Wolves this season, first holding Sickles to one run in a game his team eventually won to start the year, followed by a shutout victory over Riverview last week.

But DeVito would best both outings Thursday night on the road at Lennard, working five innings of no-hit baseball, as Newsome won by mercy-rule 10-0. DeVito, a Tulane signee, would issue just one free pass and strike out 13 in the win.

“Right from the start warming up, my arm felt really good,” DeVito said in a phone interview after the game. “All my pitches were working and I was hitting every spot.”

DeVito said coming out after his team gave him the lead was a big confidence boost.

“The boys came out swinging tonight,” DeVito said. “With one run, I’m feeling pretty confident, but they gave me three runs in the first and kept adding on, so my confidence was pretty high out on the mound.”

And if the performance Thursday wasn’t enough of a story, Newsome also had two pitchers Chase Havener and Eric Green combine for a no-no on Tuesday at home in a 2-0 win against Jefferson.

“We had two pitchers combined on that one,” DeVito said. “It’s momentum for us, that quick momentum, getting in a groove, hitting our spots – if we can keep doing that we’re going to be pretty good the rest of the way.”