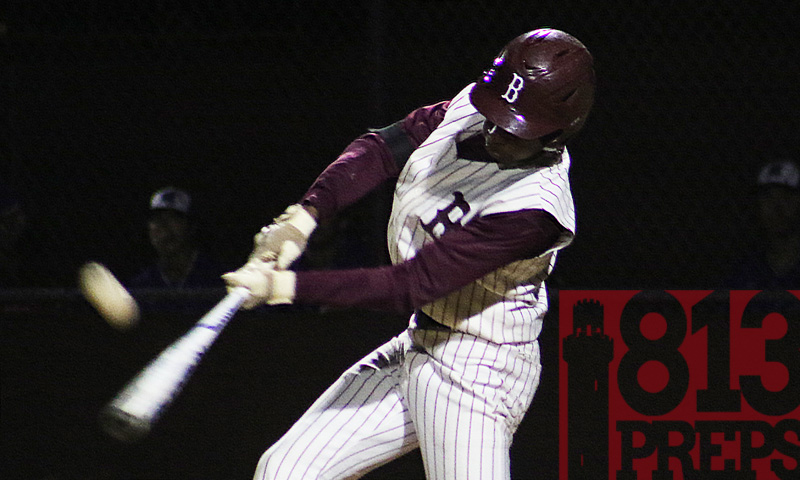 Brandon junior captain Kendal Spencer connects on his double in the Eagles five-run third innings. Spencer was 3-for-3, with a pair of RB and three runs scored in the win.

BRANDON – A season ago, under its new head coach John DiBenedetto, Brandon faced nearly a total rebuild and it went about as expected with the Eagles eking out a five-win season. A year later, the Eagles returned seven starters to the lineup and are finding an early rhythm in the 2020 campaign.

Thursday, Brandon strung together 14 hits and defended Don Powell Field with a five-inning, 14-4 win over Spoto. The win, Brandon’s third-in-a-row, marks the first streak of said length since the 2017 season. A good building spot according to junior captain Kendal Spencer, who said after the win that his team knew last year would have some growing pains, but this year it’s about one thing.

“Chemistry,” Spencer said, “coming into this season, we all had it, all believed in each other.”

“We knew we’d struggle last year, but this year we knew this is the year for us to come out and bring it on.” 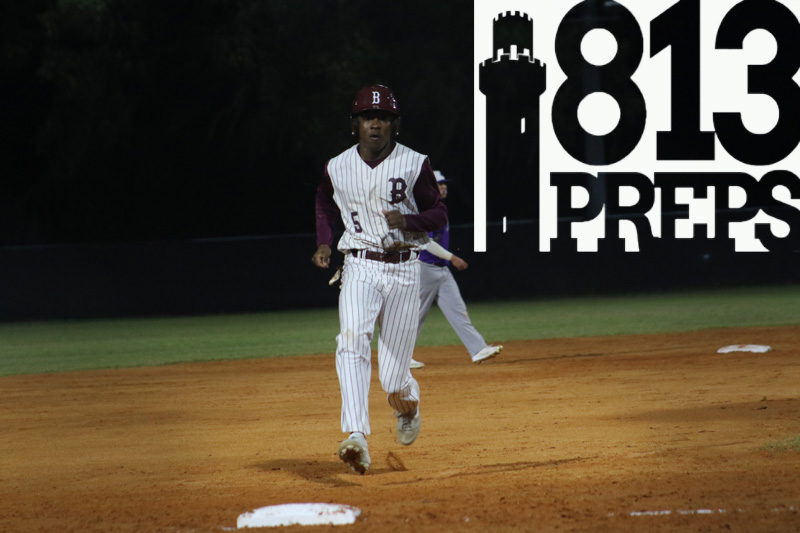 Spencer did his part in the win, going 3-for-3, with a double, also reaching on a hit-by-pitch, scoring three times, swiping two bags and driving in a pair.

“Batting third, I know I have to come out hot every game,” Spencer said. “Try to stay inside and get some hits.”

The Brandon (3-2, 2-0 in Class 5A-8) offensive effort, which also included two-hit nights from Phredro Drayton, Isaiah Soler (two RBI), Daniel Santana (two runs, RBI) and Marcus Lawrence (three runs, two stolen bases), supported a strong start on the mound from junior Tres Toledo. Though his hitters gave him a quick and sizable lead, Toledo said it was business as usual for his team’s approach.

“We were trying to stay focused, like we do against every team we face,” Toledo said. “We always need to come out focused, make every play on defense and treat it like every other game, no matter what the score is.” 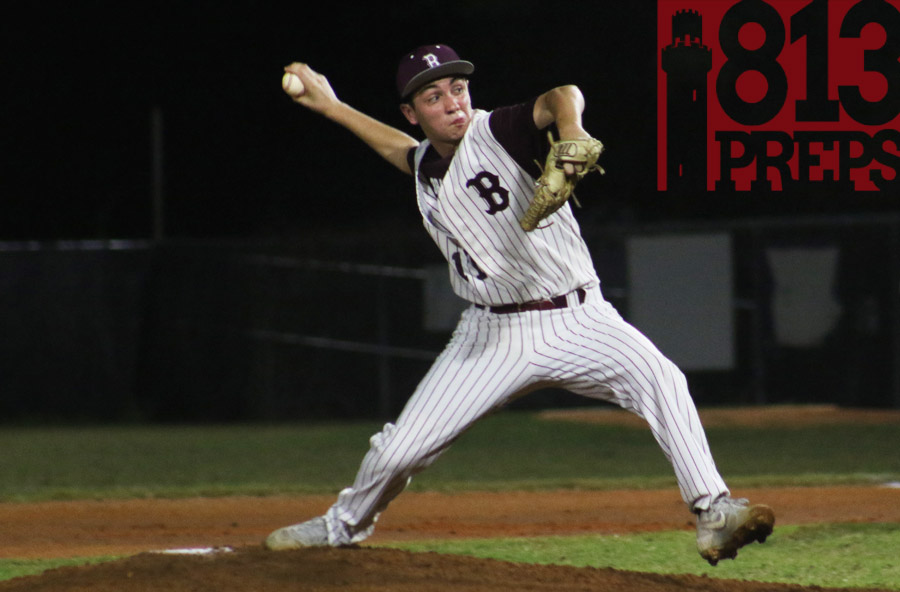 Junior righty Tres Toledo struck out eight in four innings of work to earn the win for Brandon.

Toledo worked four innings allowing two runs (both unearned) and striking out eight to pick up his second win of the season, with a strong slider leading his repertoire in the win, including punctuating three, strike-three’s.

“I was just trying to use the right finger pressure on (the slider),” Toledo said, “and get it to where I feel comfortable in the slot I want to get it to, so I can best locate it.”

One of the newcomers to the Eagles this season after transferring from Bell Creek, Toledo is sliding in comfortably to the No. 2 slot behind staff ace Marcos Herrand (who had one hit, two runs scored, two stolen bases and two RBI at the plate on Thursday).

“Tres has been a big help for us this year,” Spencer said. “We knew when he came from Bell Creek we’d have an extra arm to help us behind Marcos, and he sure has been helping us.” 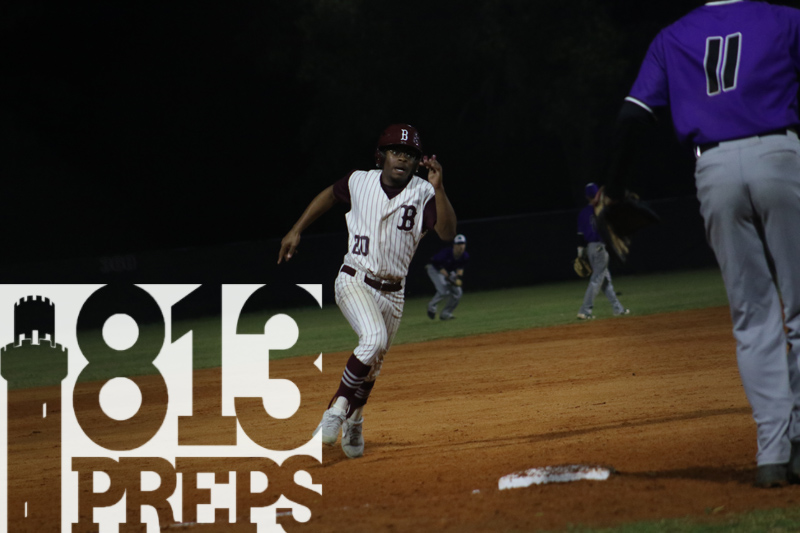 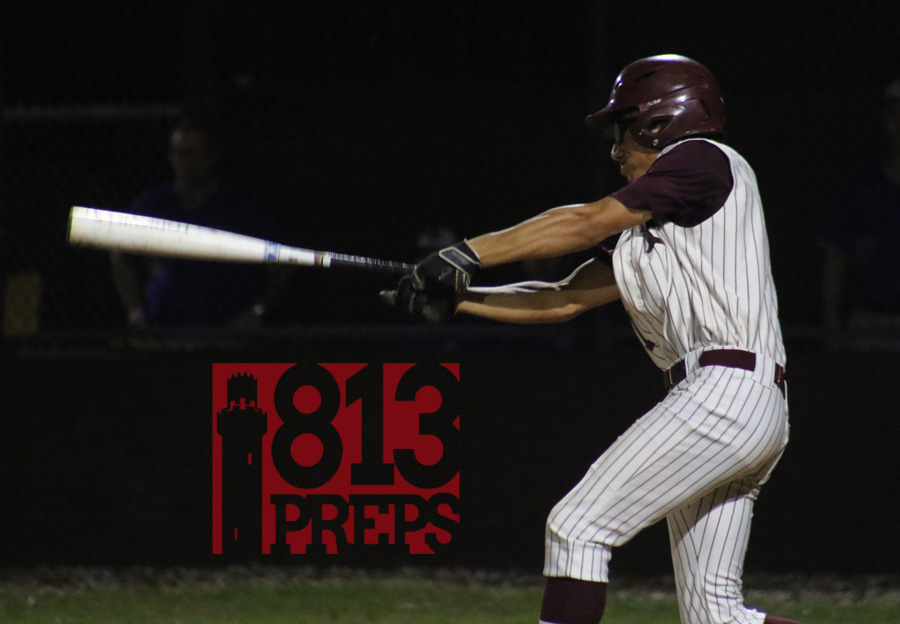 Daniel Santana was 2-for-3, with an RBI and two runs scored. 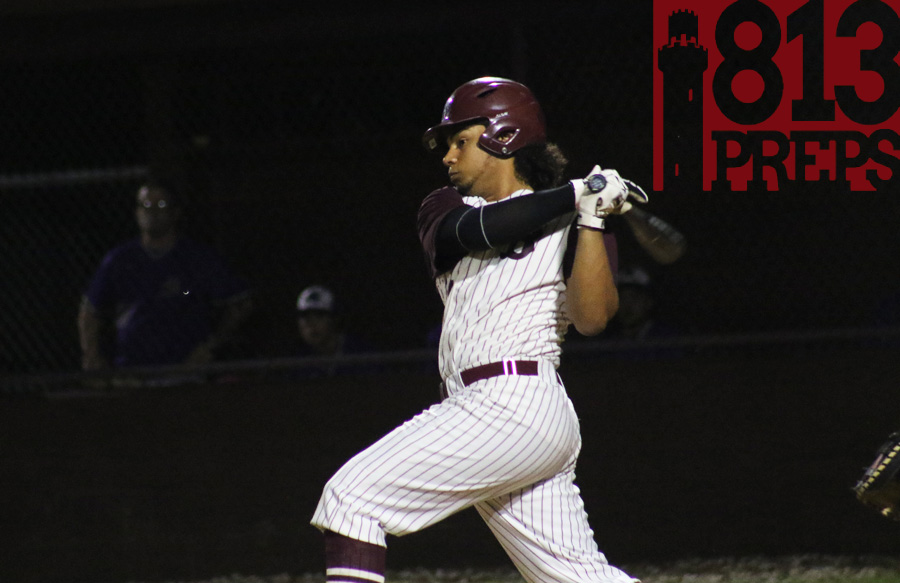 Senior Marcos Herrand drove in a pair in the win. 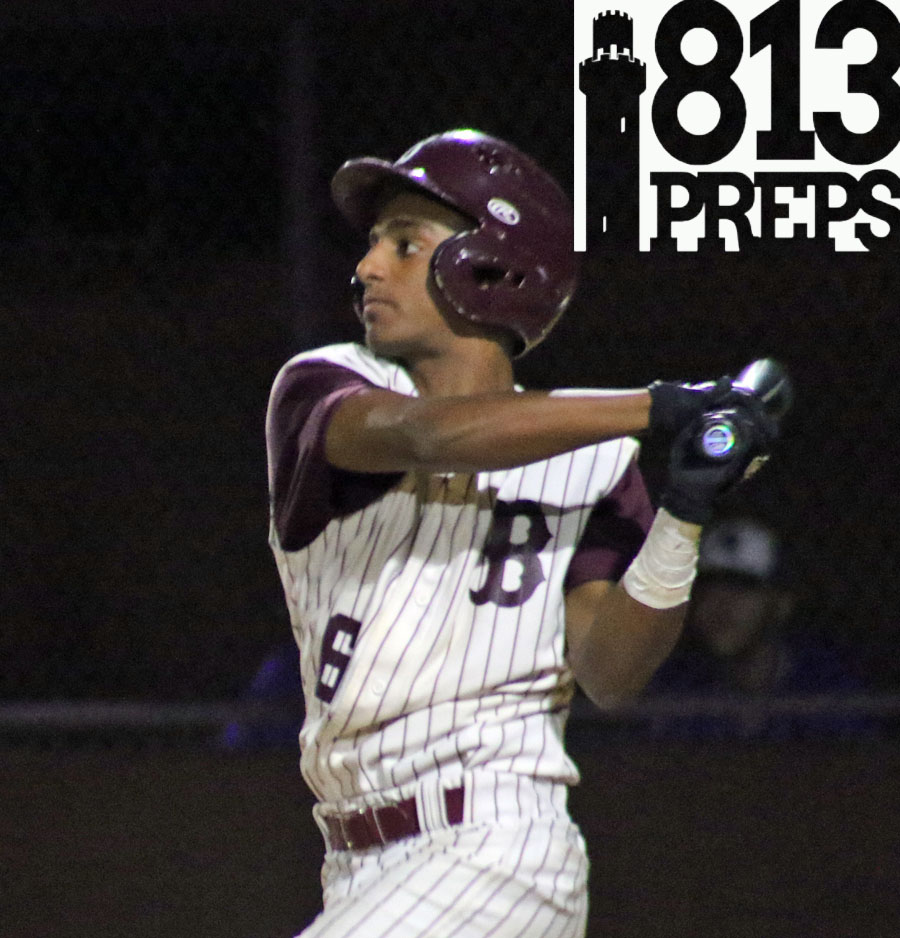 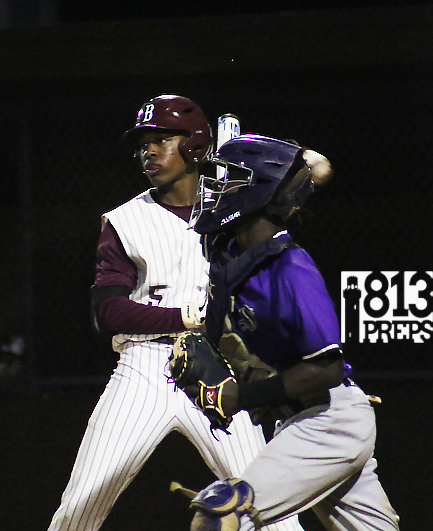 But it’s Spencer whose torrid pace is leading the way. Through the first five games the junior captain is hitting .714 (10-for-14) with seven runs scored, four RBI, a double, a triple and six stolen bases.

“Kendal is a great kid, a good leader and has earned being a captain as a junior,” DiBenedetto said. “Marcos Herrand is the man on the bump for us, but Kendal is the guy that the (other) guys look to for a spark and he has provided (to be) that for us so far. This is the kind of guy I want representing us at Brandon.” 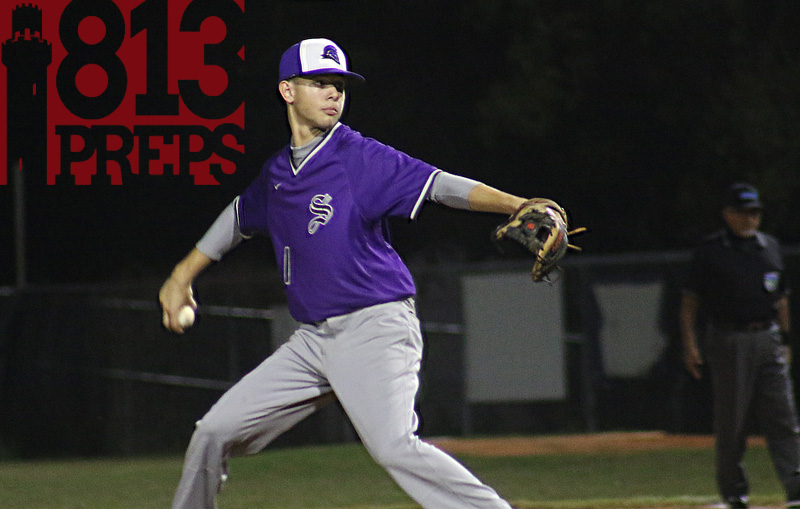 For its part Spoto, stayed in the fight, pushing across a pair of runs in the top-half of the fifth to force Brandon to answer to finish things early. The Spartans are off to a tough 0-5 start, and six errors plagued the defense on Thursday. However, starting pitcher Elias DeJesus had a good curveball mixed in with his fastball, striking out three in the game, while also driving in a run at the plate. Sean Weir, Anthony Walker and finally John Melnik put together three-straight singles in the fourth to plate a run, and catcher Dorian Flintroy picked off a runner at third base.