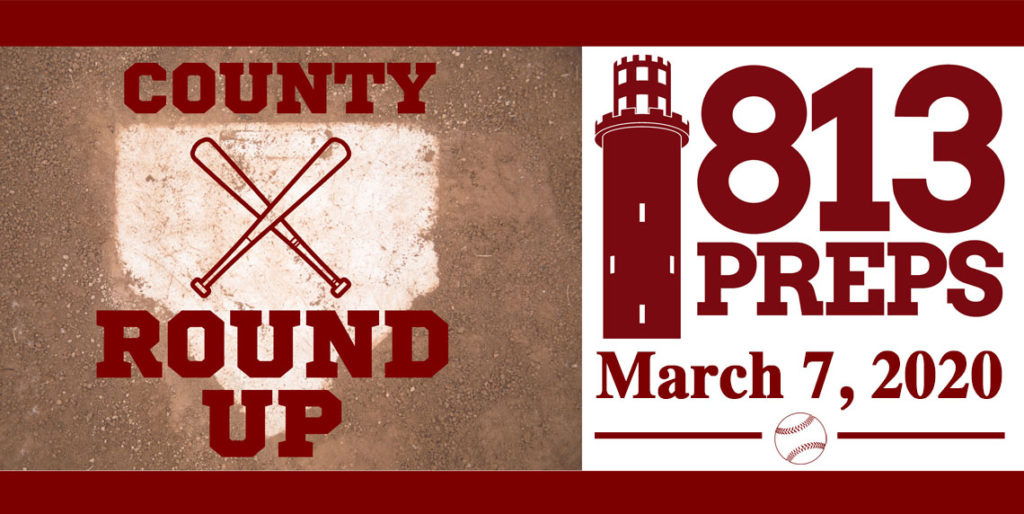 A pair of two-run singles from Newsome’s Sawyer Smith and Alex Philpott each singled in a pair as the Wolves put things out of reach in a morning visit to Robinson. Kelsen Johnson keyed the offense early with a two-run homer to center and a two-run double to right in his four-RBI game. Chase Havener earned the win with 3 2/3 innings and five strikeouts. Robinson tried to rally late with a Robert Chatfield RBI single in the seventh, and loaded the bases getting one more on a walk drawn by Alex Warner, but Brandon Burgess closed the door getting the final out and picking up a save for the Wolves. Ben Maskin and Ben Kim (double) each drove in a run for the Knights.

Armwood scored four in the opening frame and held on for a close win against Spoto on Saturday. Brendan Torres got things going with an RBI single, and Sam Simmons earned his second win on the mound with three scoreless innings. Brayan Sanchez worked two perfect innings to close things out, striking out four. Spoto got on the board in the fourth on back-to-back RBI singles from John Melnik and Chase Wink. A pair of unearned runs in the Hawks four-run first spoiled a complete-game effort from Spartans pitcher Sean Weir, who scattered six hits.

Riverview’s Jeremy Galen singled in a pair of runs as Riverview answered a Wharton extra-inning run with a walk-off win at home against the previously unbeaten Wildcats. Keith McClain was 2-for-3 with a double and RBI and Adrian Malave drove in one for the Sharks. Tyson Sutton paced the Wildcats offense going 3-for-5 with a double, triple and run scored, while Braeden Hernandez was 3-for-3 with a run and RBI. On the mound, Tyler Misla pitched four innings for Riverview, striking out seven in a no-decision, and Jose Alaniz tossed the other four innings, earning the win, allowing one run and striking out five. For the Wildcats, Michael Rivera struck out six in 3 2/3 innings of no-hit work on the mound.