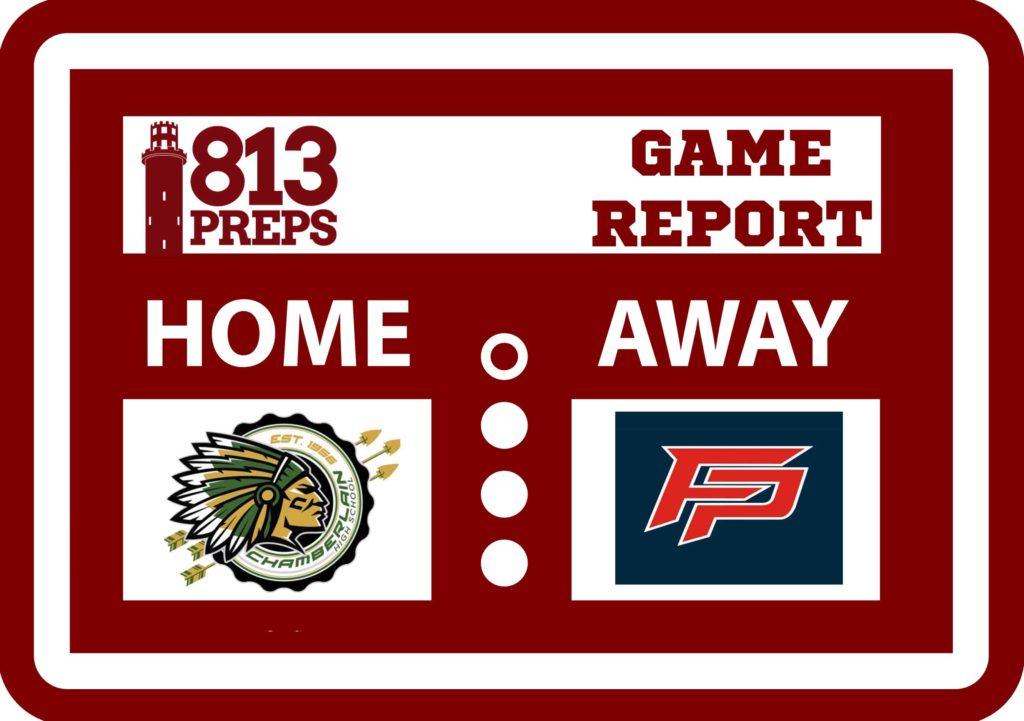 TAMPA – Freedom came into Chamberlain’s home field Tuesday night in hopes of finally getting their first win of the year. The Patriots planned to do it behind their big righty Kevin Kirby as their offense has been off to a bit of a slow start this season. Kirby threw five no-hit innings and the Patriots offense really came through with runners on base in the later innings, on their way to a 3-1 road win.

Chamberlain (1-6) were planning on relying on their own ace, David Cornelio. Through the first five innings, that plan worked out just fine. There was an all-out pitchers duel, with a lot of very impressive defense in support.

It took a full inning before we saw our first base runner. Kevin Kirby and David Cornelio breezing through each opposing team’s first three batters. However, in the top second, Gabriel Pollard started things off for the Patriots with a bloop base hit falling in between the center fielder and second baseman. But, that two out single didn’t mean much as Cornelio was able to retire the very next batter. 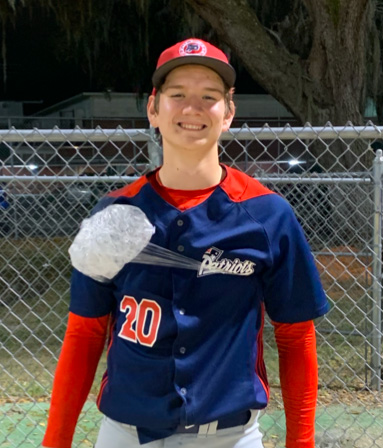 It wasn’t until the top of the fifth when we saw the first real offense. By this time, Kevin Kirby had thrown five no-hit innings and was dominating Chiefs batters while only walking one. Despite the great pitching up till this point from Cornelio also, he led off the fifth inning by hitting leadoff batter May Colls, which was just Freedom’s second baserunner. Gio Mendoza took the situation into his own hands and brought Colls all the way around with an RBI double to finally put a run on the board.

“I’ve just been grinding day-in and day-out”, Mendoza said, “good games come, so do some bad games, but today was a good game.”

Lucas Richardson followed the double up with an RBI base hit into left that brought in Mendoza to give the Patriots a two-run lead and Freedom never looked back from there adding yet another insurance run in the top half of the sixth innings as Reese Linne doubled home a run.

Kirby came back out in the sixth and finally gave up his first hit, but was able to buckle down and record the next three outs, ending his night. In the bottom of the seventh inning, the Patriots turned to Marshall Chastain to get the three out save. After recording one of the outs, Chastain gave up a base hit and hit a batter to make it first and second, and bring up the tying run. Merrell proved he had a short leash as he then brought in Brylan West who was able to record the final two outs for the Patriots, including a game-ending strikeout.

For the Chiefs, offense was a struggle to come by, but Brennan Hyde and Michael Womack flashed the leather defensively with a handful of impressive plays. As for the Patriots, Kevin Kirby lead the way going six full innings while striking out four and only allowing two to reach base. Gio Mendoza stood out offensively as he recorded two hits in three tries including an opposite field RBI double to get the scoring started.

After a tough home loss, Chamberlain looks to get back on pace when they host Tampa Bay Tech at home, while Freedom is hoping to be able to keep this momentum when they travel to Largo in their next matchup.