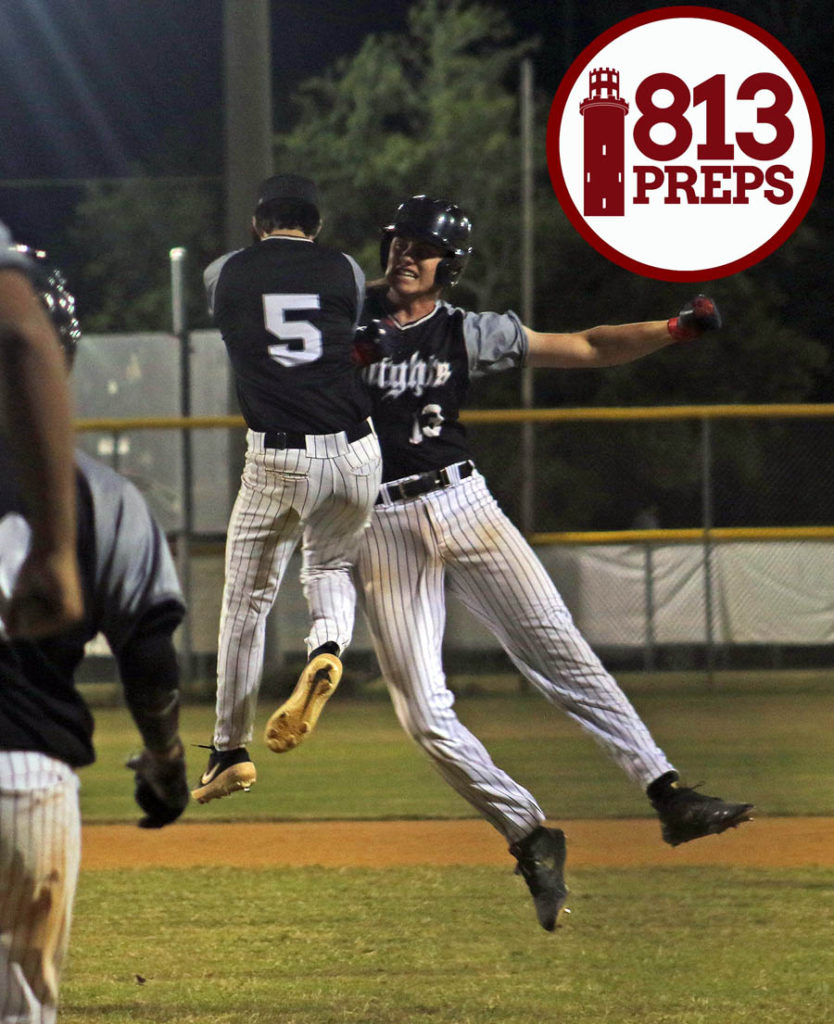 Robinson pitcher Kenny Keller (No. 5) leaps into teammate Ben Maskin after his game-winning single in the seventh inning.

TAMPA – It was an effort that deserved rewarding – two of them really. A pair of seniors squared off on the mound as Robinson’s Kenny Keller battled Armwood’s Trevor Finan for the majority of Thursday evening’s South of Gandy showdown. However, only one could find satisfaction and after seven-strong, it was the lefty Keller who streamed out of the Knights dugout and leapt shoulder-to-shoulder with senior Ben Maskin after the latter sent a jammed-in flare into right field driving in Ben Kim to break the tie and walk-off the game 3-2 in Robinson’s favor.

Kim said he was driven by Keller’s performance to make sure it ended in a win for his teammate. Stepping up with one away in the seventh, Kim unloaded on a hanging curve and found the deepest part of Lou Garcia Field.

“The whole game we were struggling a little bit with timely hitting,” Kim said. “So, before that at-bat I said to myself, ‘Kenny is tossing a gem and we need to help him out.’” 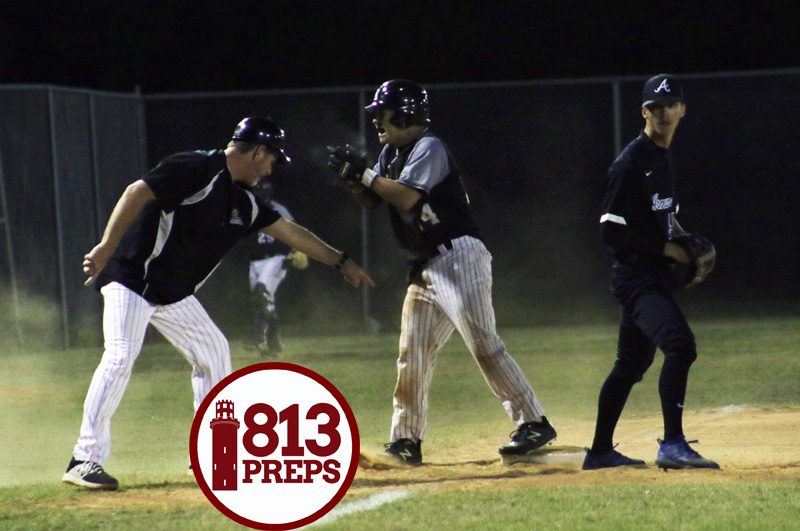 Ben Kim fires up the Knights dugout after sliding into third base with a triple in the seventh.

With the winning run just 90-feet away, Armwood made the smart play and intentionally walked Adam Haidermota to set up a double-play chance, but Maskin was up for the opportunity and sent an inside pitch to the opposite field, dropping the RBI game-winner in for a single. 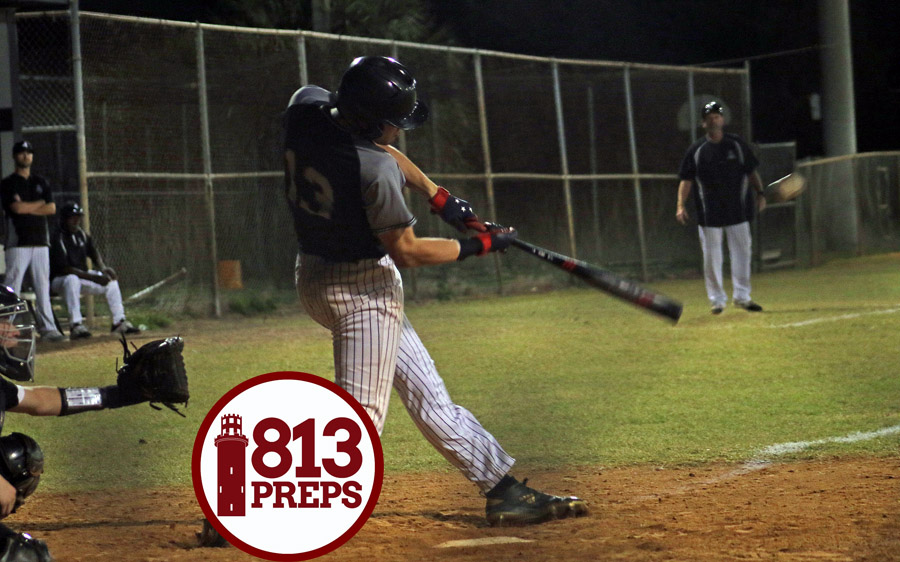 Maskin pulled his hands in and sent an inside pitch the other way to drive in the game winner.

“It feels great to give back to Kenny,” Maskin said. “Time-and-time-again he goes out there and shoves for us. I kind of got a little bit jammed, but when it fell I was so happy.”

Keller ran into some trouble early as his counterpart Finan, smashed a leadoff, first-pitch single down the left field line to start the game. Armwood (4-5) put a run up a few batters later when Christian Tate skied a ball to the right side of the infield and the two Robinson defenders lost it and watched as it fell to the clay. The Hawks would extend the lead in the third as Tyler Castelli found the gap in the outfield for an RBI double. 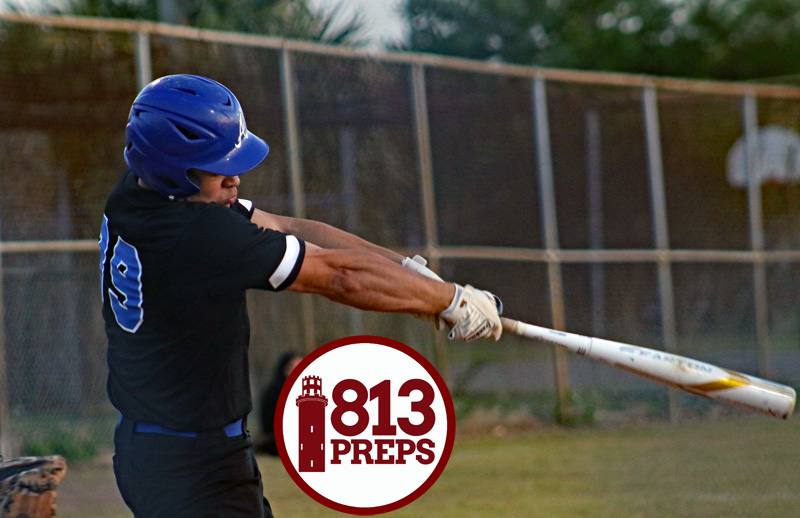 But the lead was short-lived as Robinson (5-3) got a leadoff double from Keller in the third and an error on the next play allowed courtesy runner Isaac Kauget to scamper home, and Haidermota tied the game with a groundball to the right side.

“A little bit of the burden came off my shoulder after that,” Keller said. “I felt like I was doing my part, and I knew my team would pick me up. And when we tied it I knew I could just go out and concentrate on pitching.” 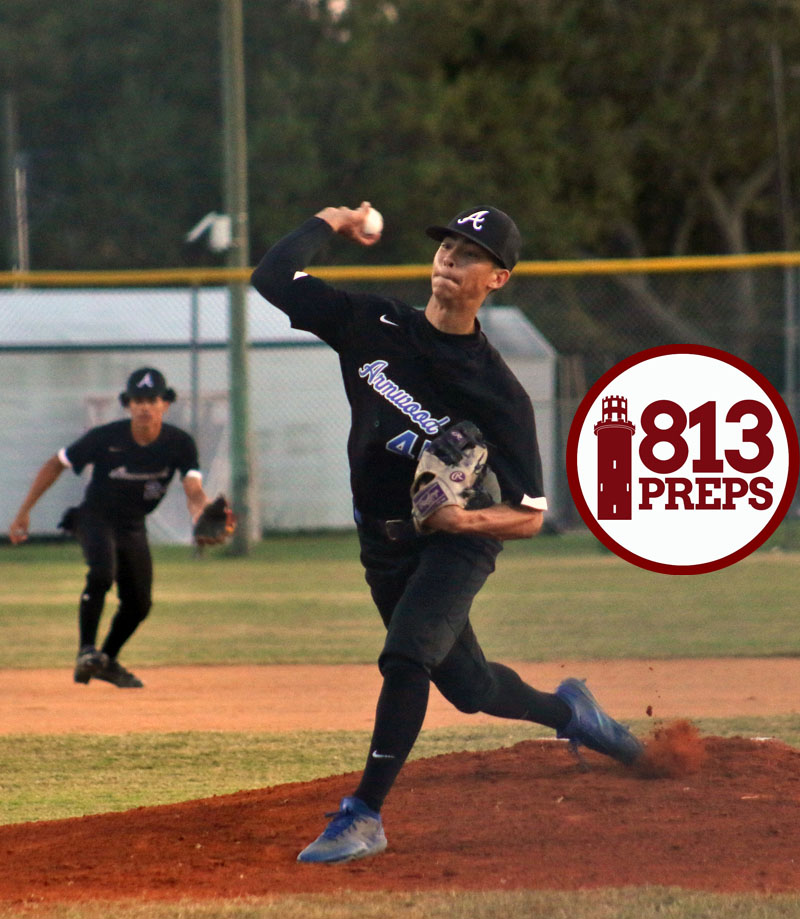 From there Finan and Keller battled. The Hawks senior and West Point-bound Finan, would allow just four total hits in his six innings of work, while striking out eight in a no-decision.

However, it would be Keller (2-1) who would shine from the mound, allowing just one earned in a complete-game effort with 10 strikeouts – his third-straight double-digit K tally of the season. The Embry-Riddle signee said he had a lot of confidence after the top of the seventh that his team would come through for him, adding that he feeds off his teammates competitiveness.

“That’s what we work for, everything we do is built for that extra inning, that extra something at the end,” Keller said. “When I see my team go out there and compete for me, that makes me feel so much better out on the mound.” 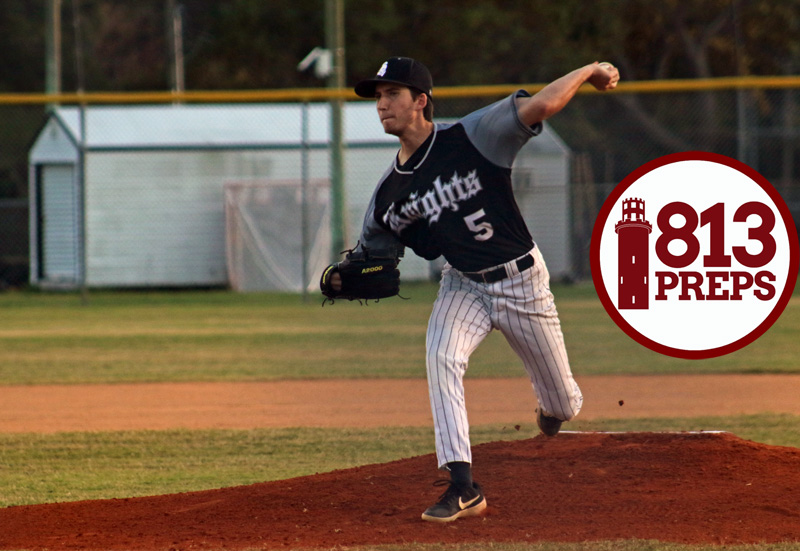 Robinson senior Kenny Keller tossed a complete game, striking out 10 and improved to 2-1 on the year.

Defensively, Keller got some help from his battery-mate junior Robert Chatfield, who ended the fifth inning, throwing out a runner trying to swipe second, then ended the top of the seventh sliding under a catch of a foul ball right in front of the visiting dugout.

“(Robert) is amazing and every day comes out here and works his butt off,” Keller said of his catcher. “… Those two plays don’t even do all of his attributes behind the plate justice. He’s incredible back there.” 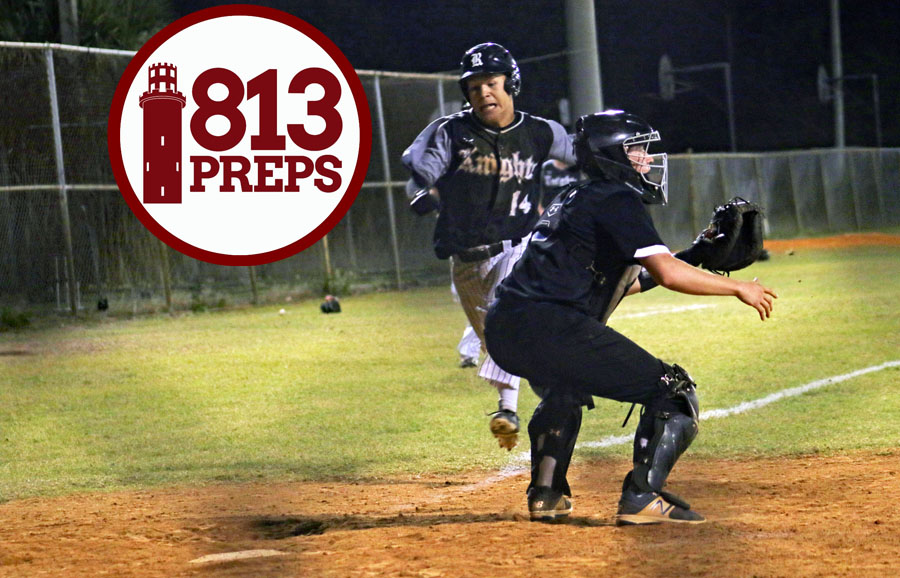 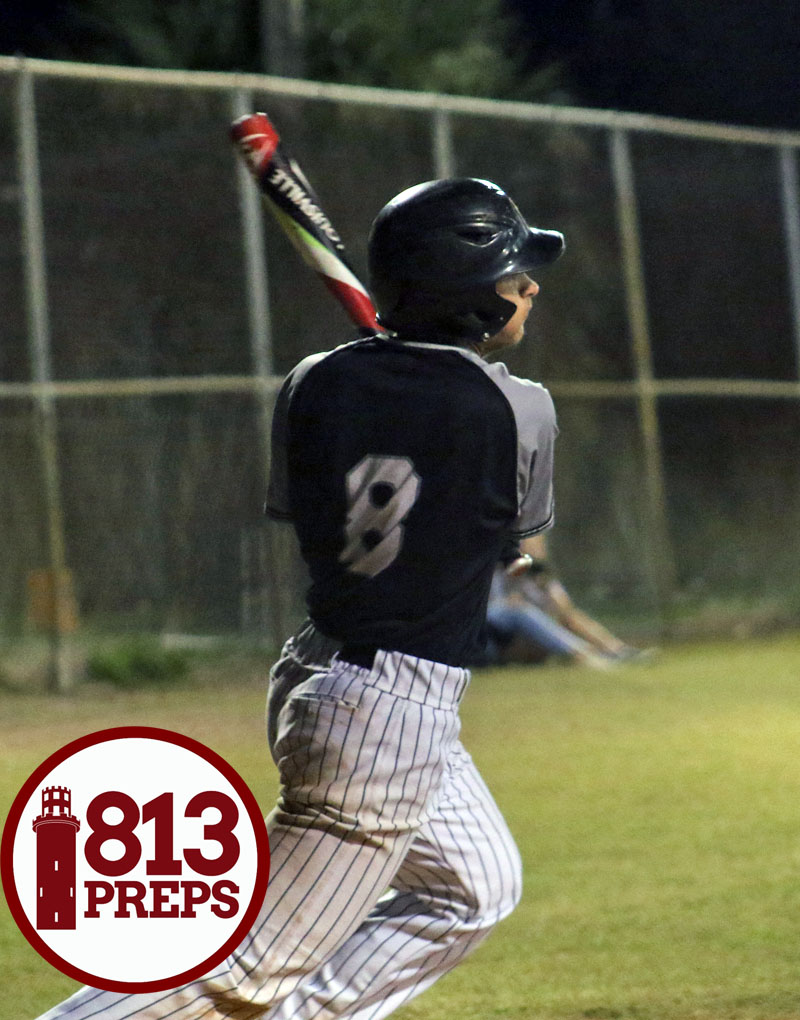 Knights senior Adam Haidermota had an RBI in the third. 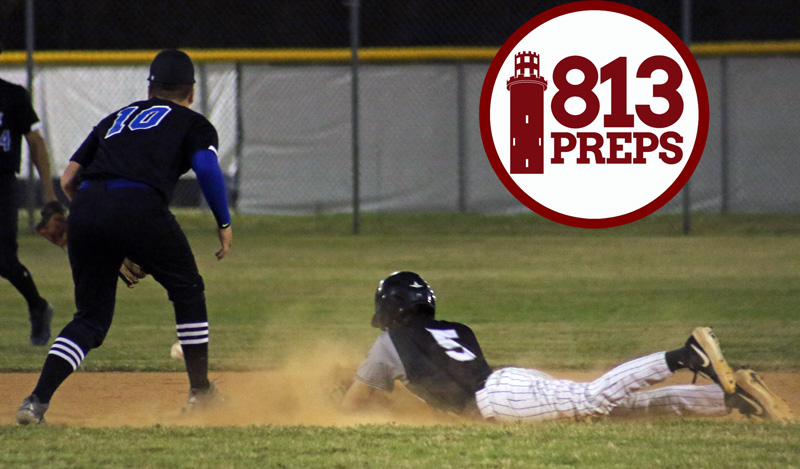 Keller slides into second with his leadoff double in the third inning.