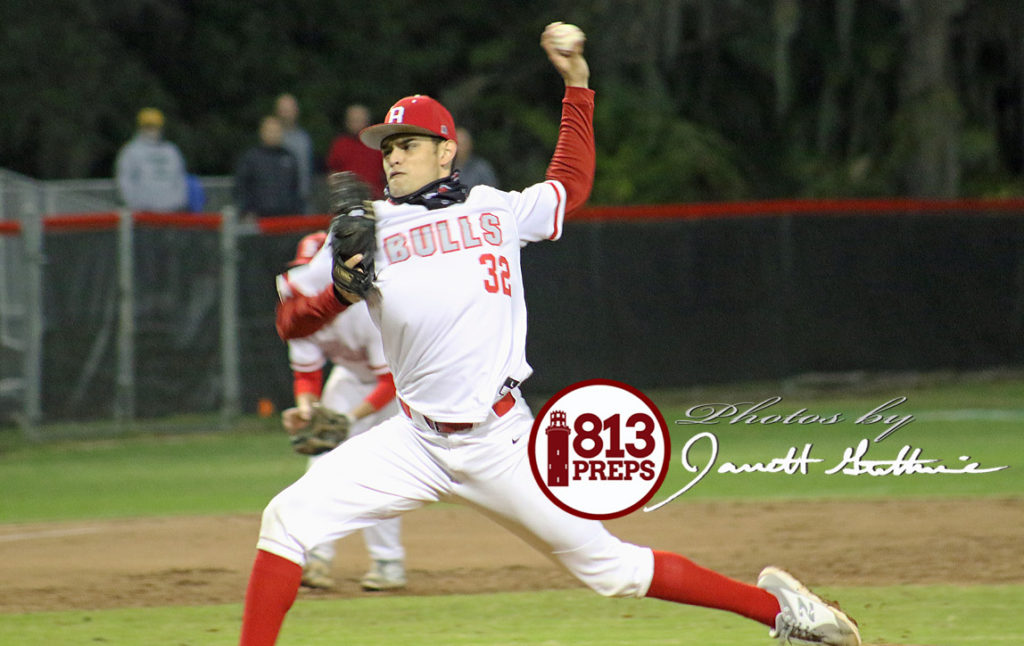 VALRICO – Ten months of waiting for the high school baseball regular season to return and Tuesday’s opener between Bloomingdale and Sickles did not disappoint, as the Bulls got a standout performance from starting pitcher David Eckaus and held off a late rally by the Gryphons, taking a 2-1 victory.

A showdown of our No. 6-tied preseason teams, saw two lefty starters square off as Eckaus and Sickles senior Holden Wade worked through three scoreless innings, before Bloomingdale senior Colby Shelton slapped a line drive single into right, followed by a left-side, ground ball double from Wyatt Strickland, which put two in scoring position and setup Jack Owens and Carlos DeJesus to drive in a run each in the fourth.

Strickland, who along with Shelton and Dawson Harman each tallied two hits in the win, said that following both of Shelton’s singles with hits of his own is something he hopes to continue all season.

“Back-to-back hitters, we always pound it before he goes up to bat,” Strickland said. “It always seems to work and (I) hope that keeps going.”

Eckaus would cruise through five no-hit innings for Bloomingdale (1-0), striking out seven before an error allowed the leadoff runner for the Gryphons to reach in the sixth. The Florida International signee worked aggressively all night, punctuating most of his strikeouts with either his fastball or slider, while working around three walks and a hit batter for his first win of the season.

“This was definitely a team effort,” Eckaus said. “The anticipation was great and I’ve never wanted to be a Bull more than today, and I know our whole team feels the same way.”

Bulls coach Kris Wilken said Eckaus who was at 74 pitches heading back out for the sixth, was on a shorter leash because of the earliness of the season.

“I can’t say enough good things about Eck’s performance tonight,” Wilken said. “If this was later in the season, I’m probably letting him work his way out, but a great performance from him on opening (night).”

DeJesus, whose RBI sac bunt (also reaching on an error) proved the decider in the win, said the victory punctuated the overall satisfaction of being back out, competing with his Bloomingdale teammates.

“It felt great to be out here,” DeJesus said, “and to come out of it with a W, this feels amazing.”

Senior Chase Conville singled up the middle in the sixth for Sickles (0-1) first hit of the game, but reliever Chase Chappell stranded the two runners in place with two strikeouts in the frame. 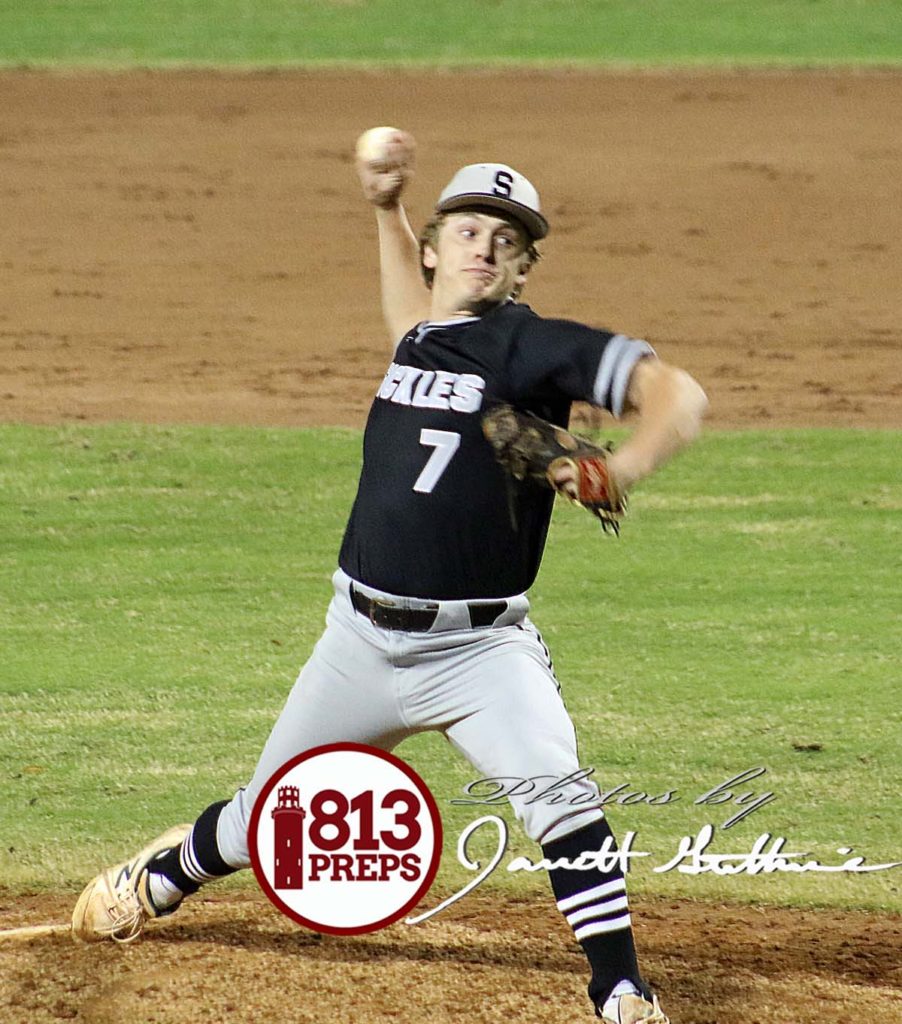 For the Gryphons, senior Bobby Christy relieved Wade (3 1/3 ip, 2 earned, 6 hits, 4 K, 1 BB) in the fourth after the two runs, and got a fast, double-play behind him to keep a third run off the board. After a 1-2-3 fifth, Christy found himself in some trouble in the sixth as Shelton and Strickland again picked up back-to-back hits, followed by a bunt single from Owens to load them up. But the Pepperdine commit stepped up with a pair of strikeouts and a groundout to get himself out of trouble and keep his team in the game.

Sickles scratched out a seventh-inning score as sophomore Hayden Yost drove in a run on a ground ball, after Brandon Dessi singled and Avery Bishop had a pinch-hit double, but Bloomingdale senior Gabe Garrett sealed the one-run victory with a diving snag at second base for the final out.

Despite the tough loss, Gryphons coach Eric Luksis said just being back out on the field with his team in a game that counted was a bit of a relief.

“We’ve waited 10 months for this, and we still have that sour taste with how that ended for us,” Luksis said. “It felt great to step back out there on the field with my guys, get things going and play a game against a really tough team.”

Bulls senior Jack Owens recorded the final two outs to earn his first save of the season.