Chargers scratch out runs to support Boully on the hill 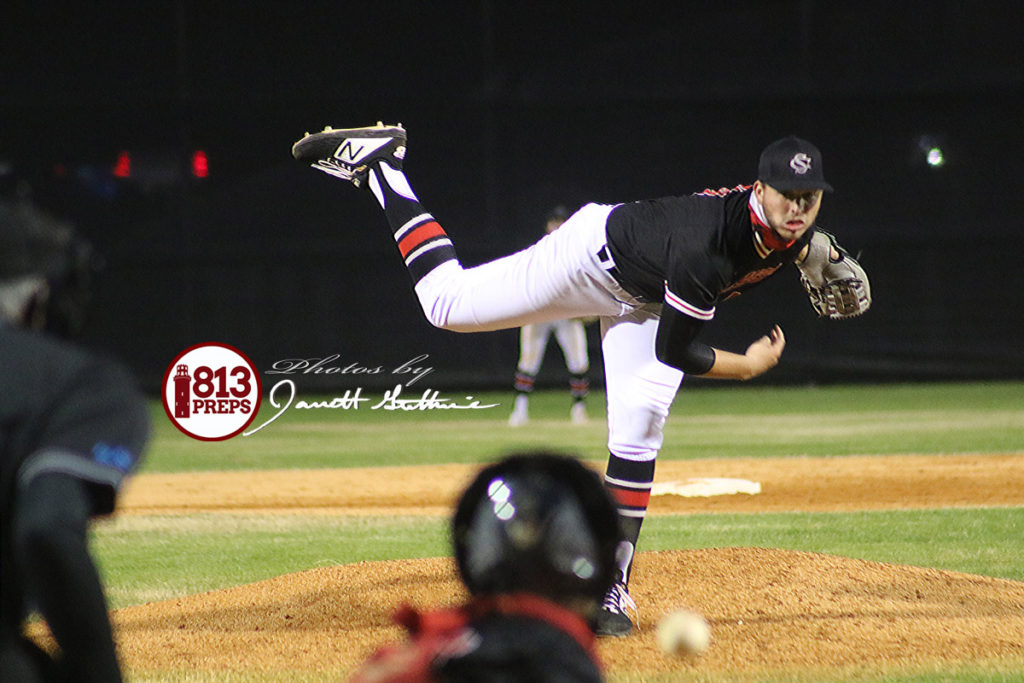 Strawberry Crest senior Bryan Boully picked up his first win of the season, striking out eight and allowing one run against Robinson.

DOVER – Strawberry Crest offense may not have sprayed baseballs around its home field Thursday night, but clawing out a run in the first and third was all the support senior righty Bryan Boully needed to pitch his team to a second win to kick off the season, as the Chargers topped Robinson 4-1.

Boully, a Florida Atlantic signee, worked six strong innings, allowing one run, striking out eight  and scattering four Knights hits. Early, Boully attacked the zone with his fastball, but found a handle on a nasty curve after a few innings and kept Robinson (1-1) hitters off rhythm.

“Over the offseason I’ve developed it a lot better and now it has a lot more of a sharp break,” Boully said of his curveball. “Before it was always the changeup I went to, but now I think the curveball is as good, if not better, than the changeup.” 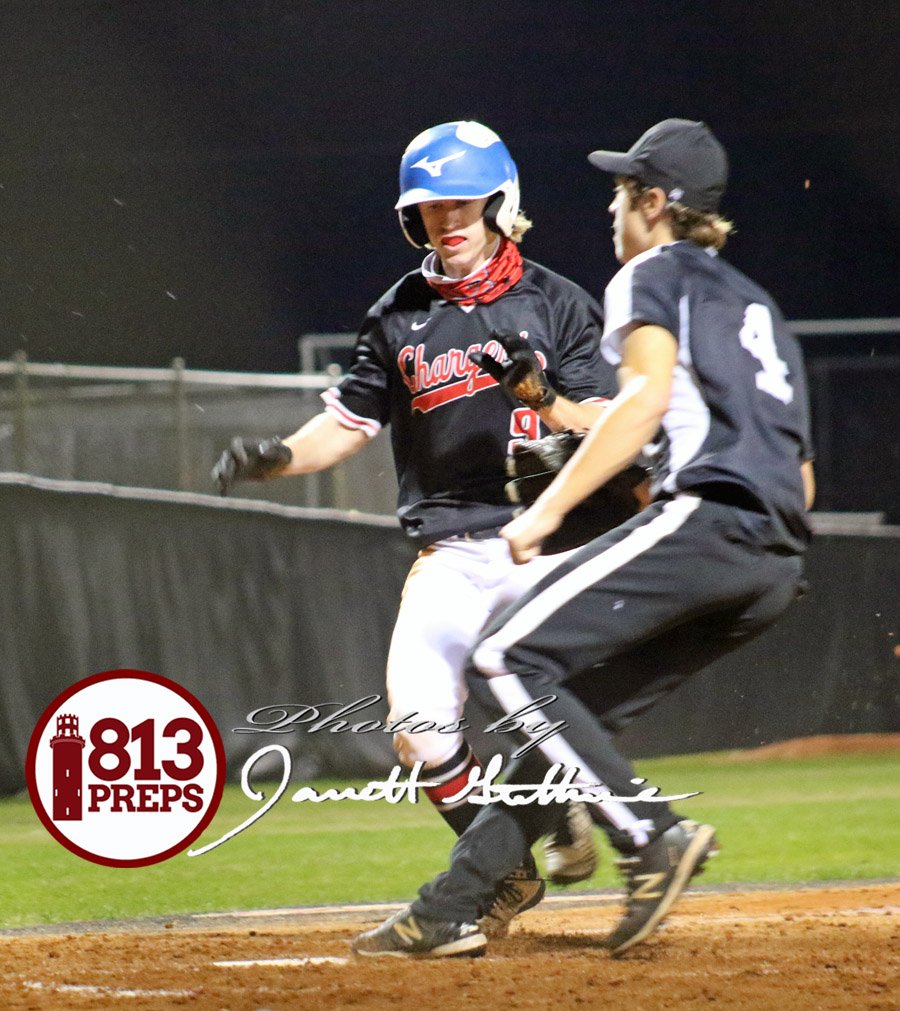 Strawberry Crest (2-0) took advantage quickly in the home-first as Alex Mussenden led off with a walk, took second on an error, stole third and crossed the plate when Arjun Nimmala sent a three hopper to second base. The Chargers added the eventual decider in the third as JT Hancvosky reached on a two-base error and scored, advancing on two wild pitches. The deciding runs came before Crest would pick up its first hit, which came later in the third off the bat of senior Colby Fanning.

Fanning made two great stops on shots on batted balls that appeared destined for extras down the third base line, the first of which he followed with a rip across the diamond from his knees for an inning-ending out.

“Colby is a playmaker, he’s a gamer,” Chargers coach Eric Beattie said. “He only had three balls hit to him, but we probably threw 80 pitches tonight and he was ready to make a play 80 times.”

Robinson starting pitcher Nathaniel Jennewein took a tough loss in the game, allowing just one hit, but two unearned runs in three innings on the mound. Garrett Beede worked a pair of clean innings of relief for the Knights as they tried to get on the scoreboard. 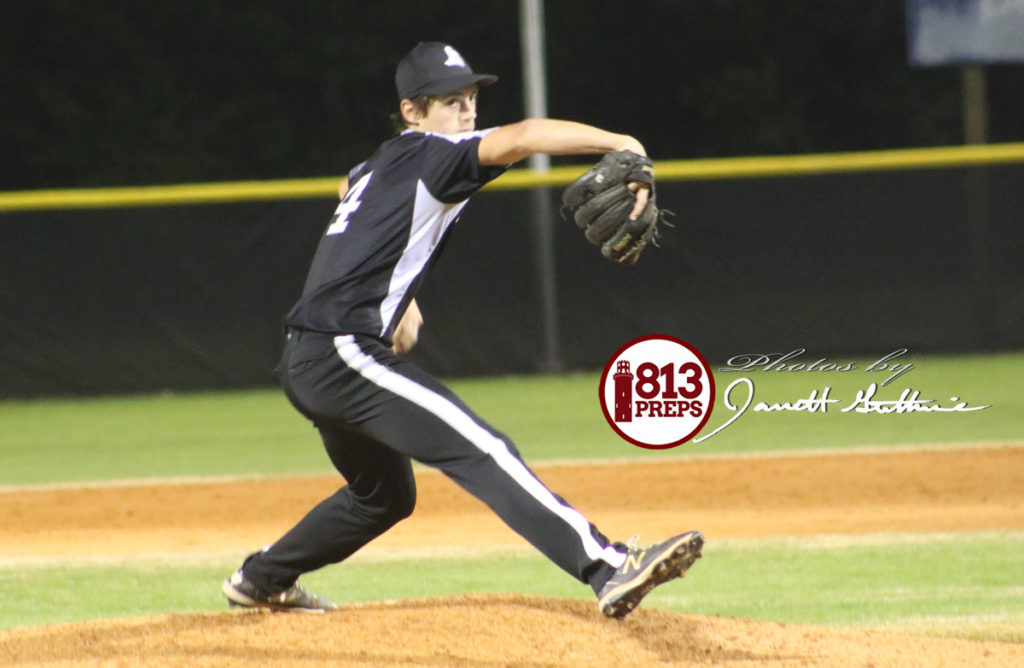 Robinson cut the lead in half with a one-out single to center from Alex Warner, who was driven across by senior Ben Kim’s single to left in the sixth.

But that was all the tallies the Knights would hang, as Boully ended the half-inning with his eighth strikeout stranding Kim at first. Boully acknowledged the offense finding a way to get runs, even when the bats were a little sluggish on the night. That offense, which for the first time in three years, included Boully taking cuts at the plate – even earning an RBI by wearing a pitch with the bases juiced, was something the senior said he was confident would find a way to get him what he needed.

“It’s a comfortable feeling knowing that I have an offense that is going to have my back the whole game, and find a way to battle their butts off in the box,” he said. “I know they are going to find a way to put up runs for me and that gives me confidence to relax and get the job done.” 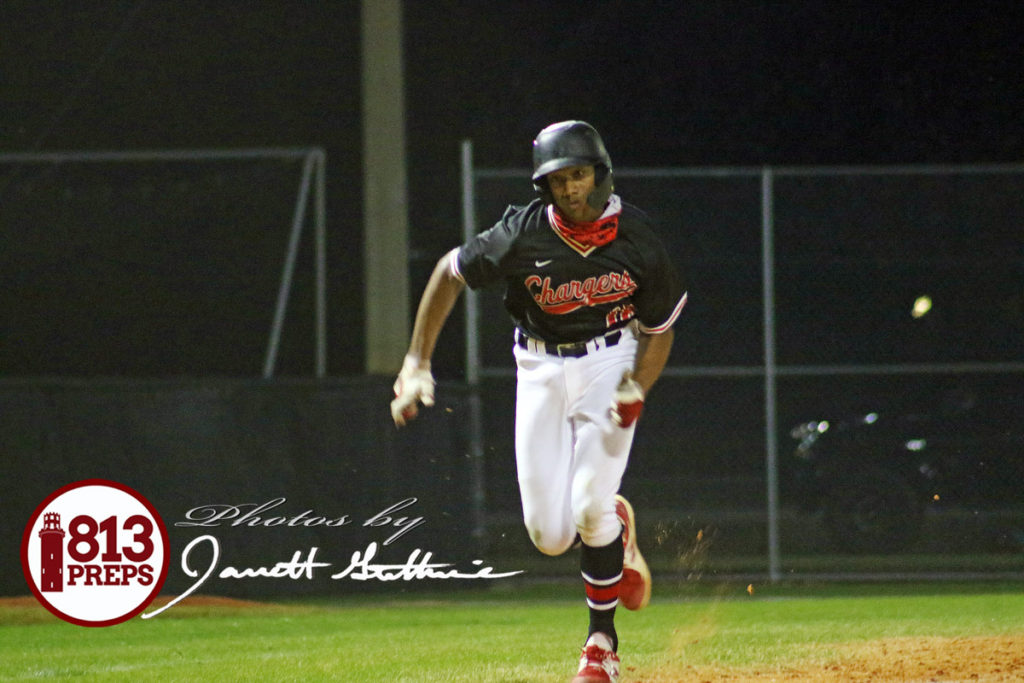 Sophomore Arjun Nimmala charges home on a wild pitch in the sixth inning, after his leadoff double. Nimmala also drove in the game’s first run.

The Chargers added two more in the home-half started by a double off the wall in left-center by Nimmala, who later stole third and scored on a wild pitch. The second run of the sixth came off a bases loaded hit batter that pushed across sophomore Zack Redner.

Redner followed his run up by finishing off the game and earning the save on the mound in the seventh.

“It’s really exciting to come in after a guy like (Boully), and finish off what he started,” Redner said. “It just gets you pumped up watching what he does and knowing you are there to finish it off.”

Robinson was dealt a blow in the game as senior catcher and four-hole hitter Robert Chatfield was forced from the game in the fourth with a wrist injury.

Strawberry Crest travels to face district opponent Leto (2-0) next Tuesday, while Robinson travels back out east to face Bloomingdale (2-0) on Monday.