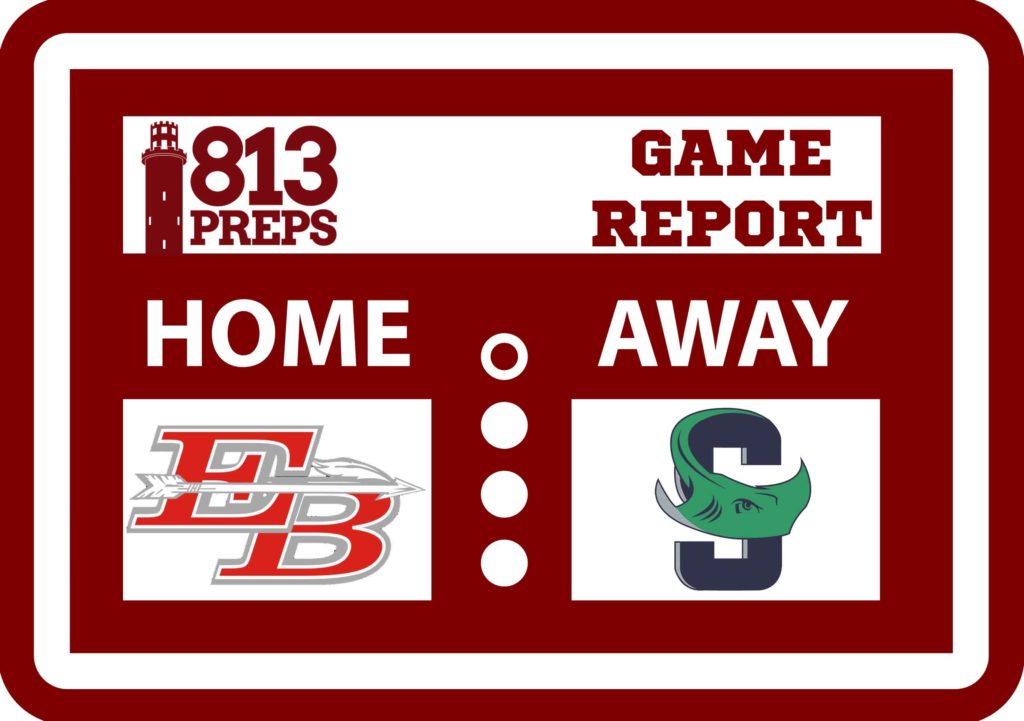 GIBSONTON – Leaving nothing to chance during a lingering pandemic, the East Bay baseball team decided its first order of business on Wednesday’s opening night would be to honor its 10 seniors. The touching pregame festivities included ceremonial first pitches by graduates Joe Hoover, Aaron Jackson and Jared Taylor, three of eight Indians deprived of their final seasons last year.

Not a single player in the opposite dugout, crowded with Sumner High underclassmen and nary a senior in sight, could relate to the occasion before taking the field for their inaugural game. They left the diamond with a 9-0 non-district loss, a combined one-hitter by right-handers Nate Jackson, Stephen Heslin and Javy Lopez. 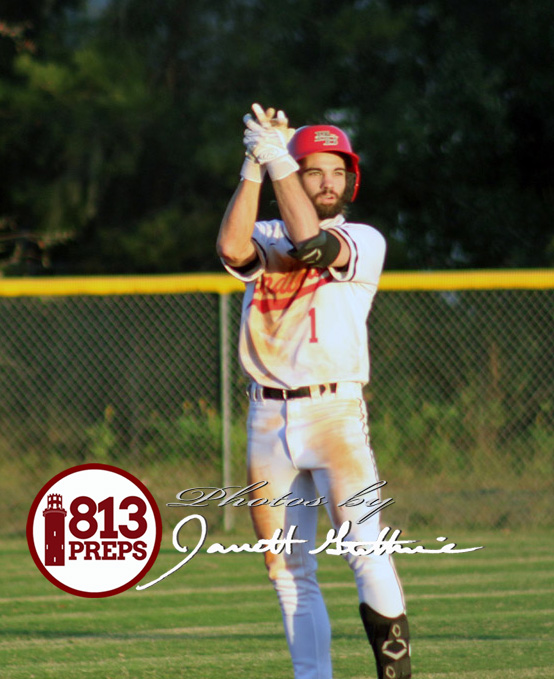 The Indians didn’t wait for their bats to heat up, building a 3-0 advantage before getting their first hit off Stingrays starter Jayden Brown with one out in the fourth on a Riley Linne single. East Bay collected five more singles, but most of the damage to the young newcomers was self-inflicted: six wild pitches – all but one contributing to runs – six walks, two errors and an assortment of other offerings.

East Bay coach Cody Crouse had been urging his players to prevail in the turnover battle.

“We have to win the free bases,” he said. “Passed balls, walks, errors, all that, we have to win. We win that category, we’re most likely to win the ballgame.”

Indians shortstop Jeremy Galen, who went 2-for-3 with a walk and a stolen base, was pleased with another aspect of the victory.

“It’s good that we kept it on them instead of getting loose, getting laid back,” he said. “It’s good we stayed on top of them and kept the foot on the throttle.”

Sumner coach Kennedy Duran has experience building something from nothing – he ran the Lennard High program from its birth in 2006 through last year’s abbreviated campaign – and this debut was a stark reminder of the work ahead.

“We didn’t do what we were supposed to do,” he said, citing his team’s generosity. “We’re a work in progress. We’re going to be better at the end than we are now.”

Despite the outcome, Brown was thrilled to take the mound first for the new Riverview school.

“It was really exciting,” the junior right-hander said. “I was waiting for it all summer.”