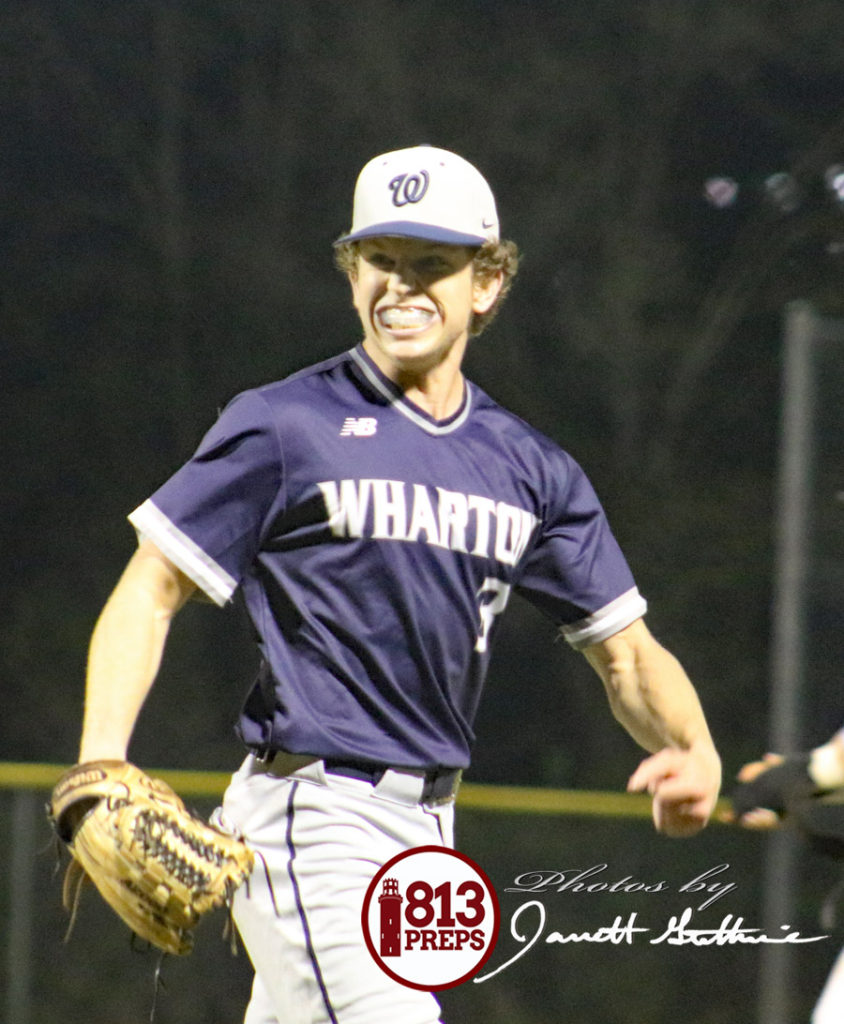 Wharton senior Riley Glover storms off the mound after leaving the bases loaded, ending the game with back-to-back strikeouts.

FISHHAWK – In a huge pressure moment, Wharton senior Riley Glover did not blink when Wildcats coach Scott Hoffman plopped the ball in his hand, bases loaded in the home seventh – his team holding a slim, one-run lead against Newsome. Instead, in both teams’ regular season opener, the lefty slung nine pitches, recorded three outs, including back-to-back strikeouts and bounced off the mound having gutted his team to a 3-2 road victory.

“I knew we needed this win to start off the season,” Glover said. “Coming in to that situation, I knew I had to pick them (our other pitchers) up after their work.”

Asked if he’s looking forward to more appearances under similar duress, Glover smiled and said: “I mean, maybe next time it could be a little easier situation for me, but the adrenaline rush right now is pretty crazy.” 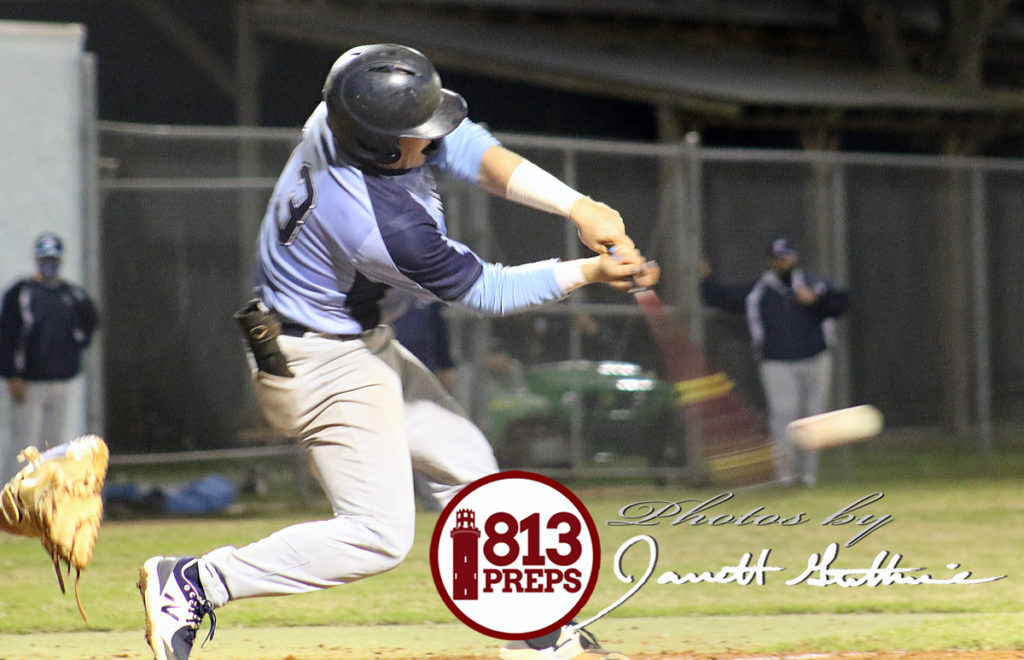 Newsome entered the final frame down a pair and instantly applied the stress as Matt Giles, Lucas Phelps and Nick Carroll singled to start the inning, before senior Kelsen Johnson cut the lead to one with a ground ball through the left side. This forced Hoffman to make a change on the mound and his decision was solidly rewarded.

“How ‘bout it, huh?” Hoffman said of Glover. “He has the ability to do that, and we were just starting to see that last season … he came in threw great; that was really impressive.”

Newsome (0-1) started the game’s scoring early as Evan Wainman doubled to the gap in right-center to drive in Johnson, only to have the Wildcats answer in the second when Billy Eich smashed a solo shot over the wall in left.

Wharton (1-0) took the lead in the third as Frank Micallef lined a double to left and brought in Zach Ehrhard, who had put himself in scoring position with a walk and two stolen bases. Dylan McDonald went first-to-third one inning later on an Ehrhard hit-and-run single, and the Wildcats extended the lead when Tyson Sutton’s flyout to left did the job scoring the eventual decider. 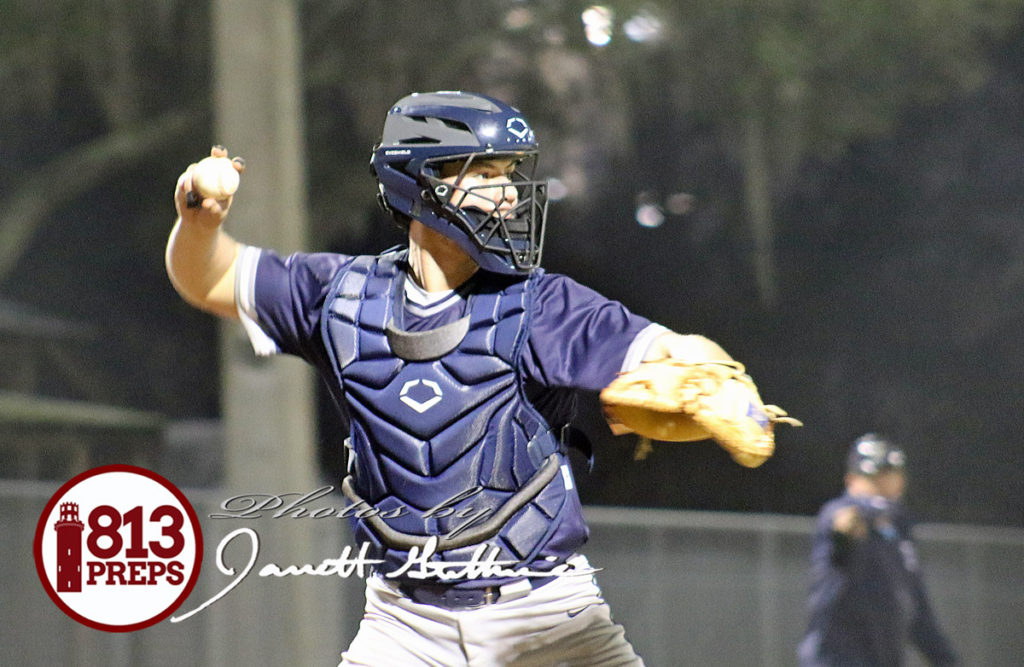 Micallef, who also had a pair of walks in the win, said the final inning was intense, but the result is something that makes baseball special to him.

“Obviously, it got a little scary there, got our hearts going a bit, but that’s why you love it,” Micallef said. “That’s baseball, it was so fun. That is what you look forward to, that’s what I live for, that’s why we’re all out here for.

“Everyone would love to come out here and blow the other team out, but that was fun. If we would have lost, I probably wouldn’t be saying that it was fun, but man, that was pretty cool.” 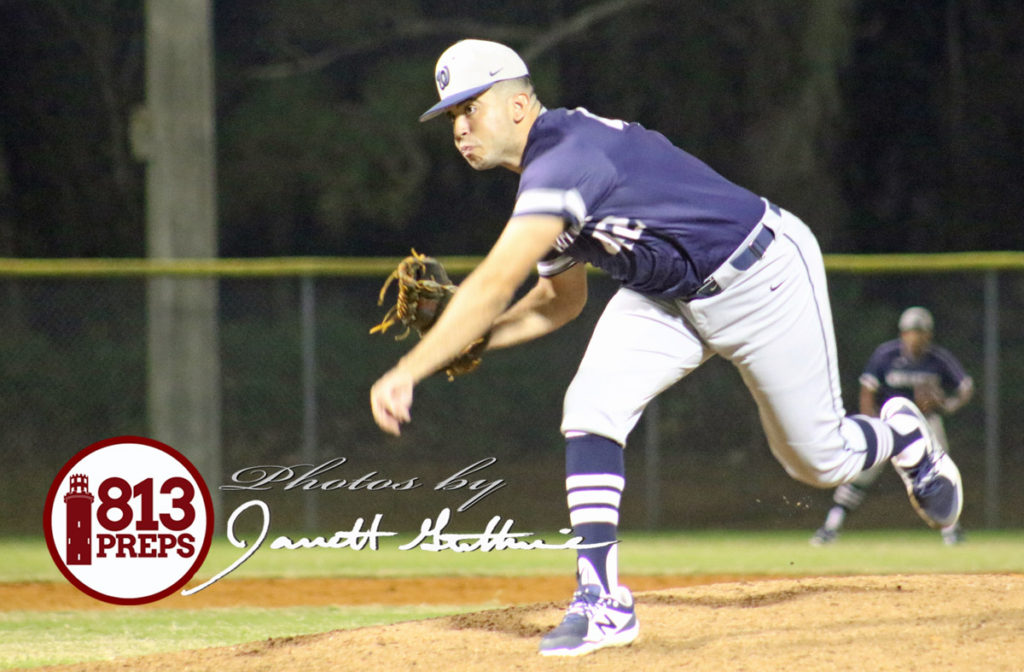 Wharton senior LHP Mikey Rivera, entered with two in scoring position in the fourth and got a strikeout, before adding two more scoreless innings of work.

Senior lefty Mikey Rivera, who relieved Fry with a pair aboard in scoring position and shut the door with a strikeout in the fourth, mixed a wicked bender and a solid changeup to hold the Wolves to just two hits across 2 1/3 scoreless frames.

“I was really able to get batters swinging at some 0-2 pitches, got one looking at a curveball down the middle,” Rivera said. “Those two (pitches) were working and felt pretty good.”

Both teams get right back at it on Thursday as the Wolves host Bloomingdale (1-0) while Wharton welcomes Armwood (0-1) to New Tampa.