Preordained to be a battle,
Sickles comes out ahead of Wharton 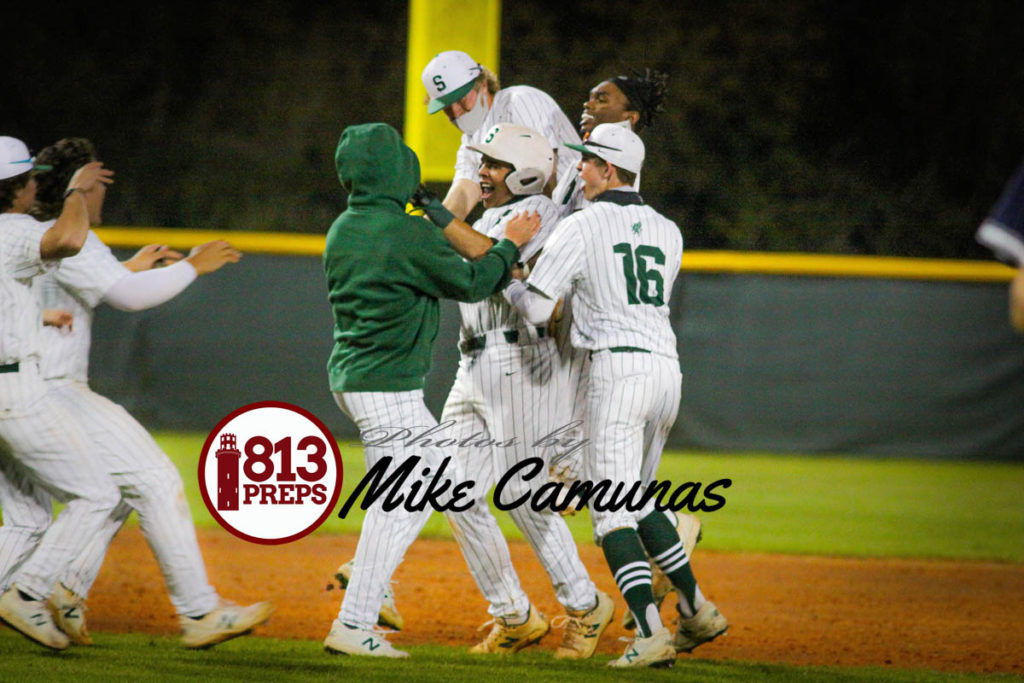 Sickles senior first baseman Adiran Gutierrez is mobbed by his teammates after hitting a RBI double to score Carter Cristy and give the Gryphons a 1-0 walk-off win over 7A-7 district foe Wharton on Tuesday evening (photo by Mike Camunas).

TAMPA — This was well documented prior to the season starting, right?

Didn’t plenty of those with first-hand knowledge say that whoever makes it out alive of the improbable, impossible and ridiculous buzzsaw of district 7A-7 will be battle-tested and adequately prepared to face any team in the regional (and possibly state?) tournament?

“Night in and night out, it’ll be this way in this district,” Sickles coach Eric Luksis said.

“Without a doubt,” added Wharton coach Scott Hoffman said, “it could be this way with every district game.”

That way being a tightly-pitched, well-played, hard-fought game that ended with Gryphons (1-1, 1-0) grabbing a walk-off 1-0 win over the visiting Wildcats (2-1, 0-1) in a nail-biting, heart-attack-inducing contest that played out just the way as predicted, barely a week into the infancy of this 2021 season.

“We expected a low-scoring game coming into it,” Luksis said, “and thought the team that made the big pitches and big hits would be the team that came out of it the winners. Lucky for us, we got that big hit late.” 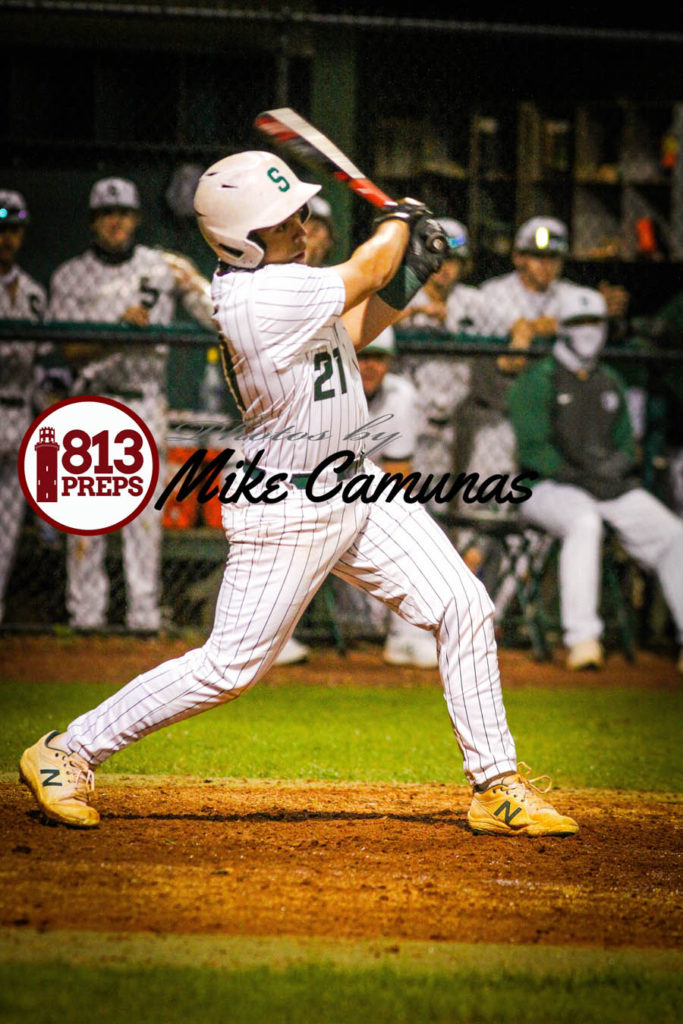 Sickles senior first baseman Adiran Gutierrez drives in Carter Cristy to give the Gryphons a 1-0 walk-off win over 7A-7 district foe Wharton on Tuesday evening (photo by Mike Camunas).

Indeed, it was fortuitous for Sickles, as senior first baseman Adrian Gutierrez would drive in the game-winning run with an RBI double in the bottom of the seventh inning by scoring Carter Cristy, who was pinch running for his brother, Bobby, who hit a one-out single off Wharton reliever and HCC commit, Michael Rivera.

“I was seeing that it was fastball the whole time and down the middle, so I just took a hack at it,” Gutierrez said.

But before this, pitching dominated the game, especially the starters.

Grypons’ Holden Wade: 4 2/3 innings with three walks and hits, but eight strikeouts, only to give way to the elder Christy.

Bobby would come in with the bases loaded with two outs in the bottom of the fifth and get Frank Micallef to strikeout swinging.

“Bobby coming in like that was clutch,” Gutierrez said. “I mean, what more could he do?”

“We expect a lot from our seniors (like Bobby and Adrian) — this is the most I’ve ever had, so we’re kind of relying on those guys to get it done for us this year,” Luksis added. “But top to bottom, we know our district is tough, but it gets prepared to, hopefully, win more big games because we know (Wharton) will be back. We know it.”

And it’s a walk off 1-0 win for @SHSGryphonsBB thanks to an RBI double by @AdrianGuti_21, handing @Whartonbaseball its first loss @813Preps pic.twitter.com/dY5vKNlsx2