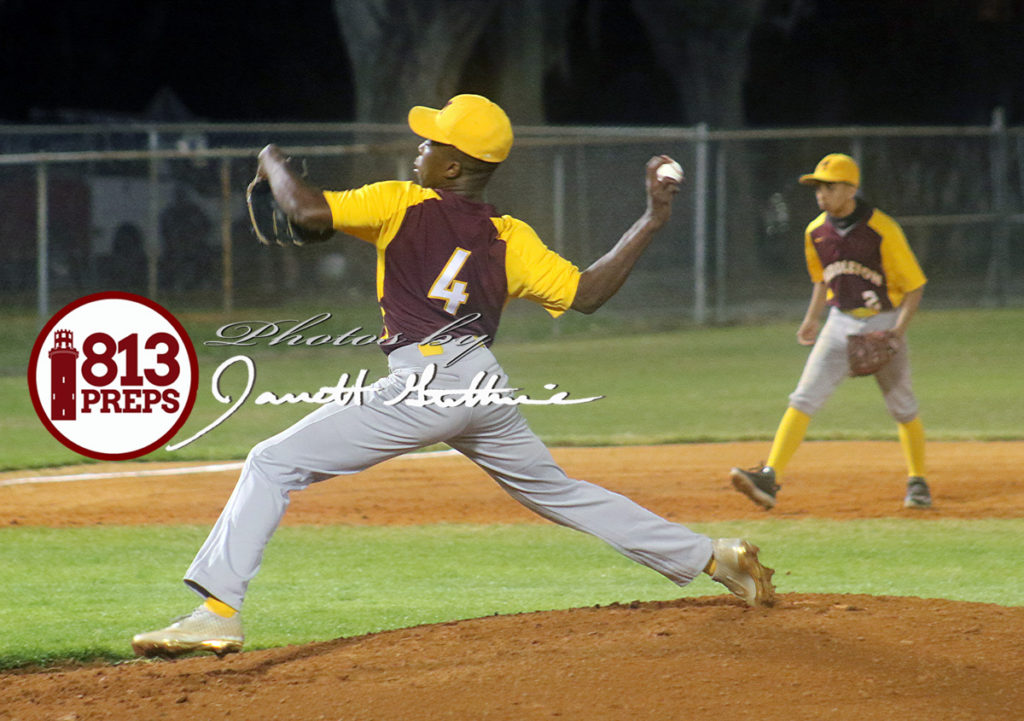 Middleton junior Artavious Williams worked five, no-hit innings while striking out 10, before Cyrus Meyer and Marques Smith each chipped in a frame to the Tigers no-no at King.

TEMPLE TERRACE – If you are going to give Middleton’s base runners an inch, they’re gonna take … well maybe not a mile. But an extra 90 feet? No problem. 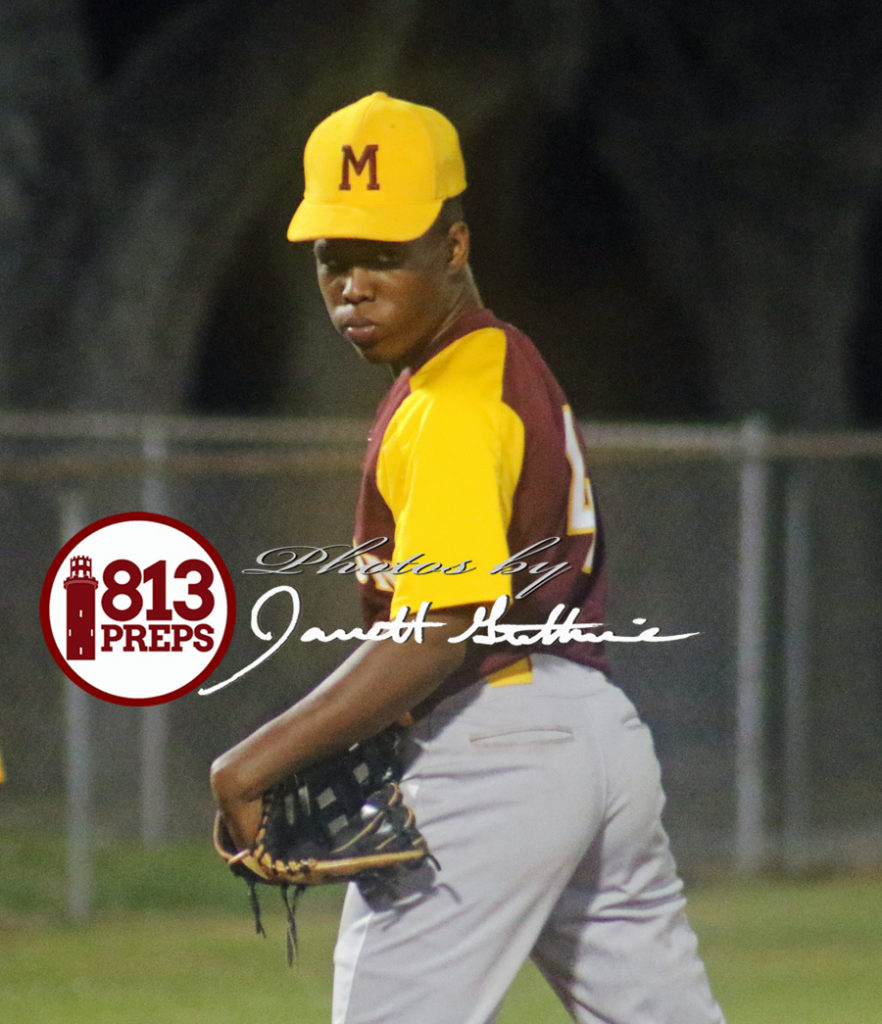 One of the few times, Tigers pitcher Artavious Williams had to look over his shoulder to check a King runner at first. Williams, struck out 10 in his five innings. Only seeing one Lions runner reach on an error and hitting another batter.

It was full-pressure, pedal-down throughout for the Tigers offense, as it turned it on against King Wednesday night. But if the offense was busy taking, the Middleton pitching was in no generous mood. Five innings from Artavious Williams were followed by an inning each from Cyrus Meyer and Marques Smith to complete a staff no-hitter, as the Tigers won 8-1 in Class 5A-District 8 action.

“They gave me those runs and it made me go out there and have a lot more fun,” Williams said. “You just go back out there with more energy.”

Smith was a terror on the bases, reaching twice on hits and two more times on errors, scoring three runs, and swiping three bags. Smith’s speed was on full display in the fifth on a simple flared hit to left, when the senior never hesitated, hard-charging around first and sliding into second base for about the shallowest double you could put in a scorebook.

“This is a district game and we came to win,” Smith said. “Once you come out hard, go at it like that, you know it should be a good finish.” 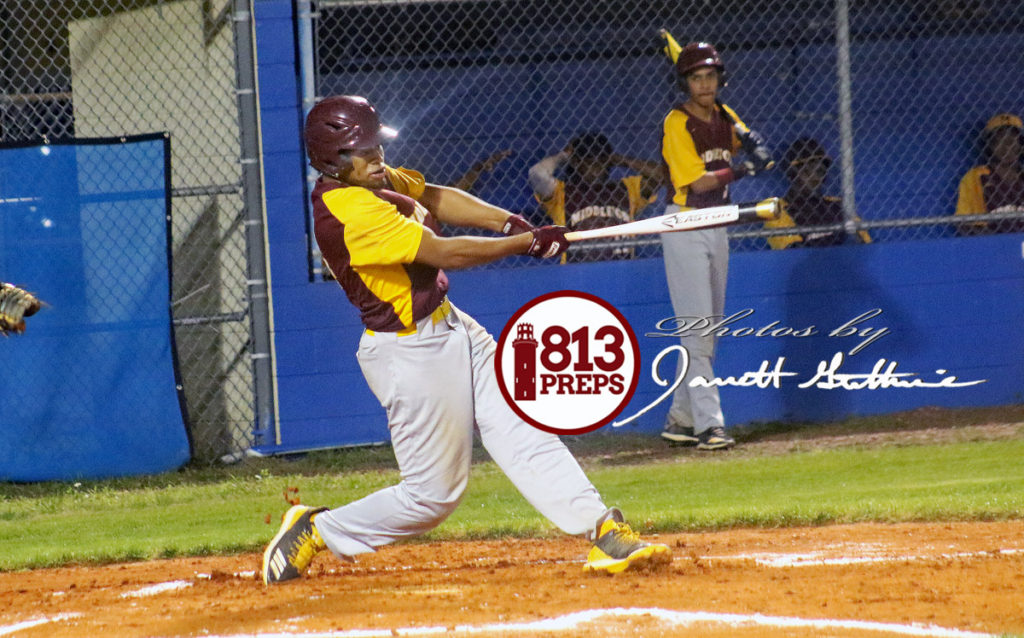 Tigers senior Marques Smith had two hits, reached all four times he stepped in the box, stole two bases, scored three runs, and finished off the no-hitter for his team.

Williams in counter was impressive on the mound working his fastball well and his curveball to surprising success, stymieing King’s hitters and striking out 10 over his five innings on the bump.

“Really, after the first curveball I got into a rhythm,” Williams said, “so I just took it from there.”
His teammate added a little inside knowledge on Williams’ secondary pitch in postgame, after Smith had finished off the final three outs of the no-hitter on the mound.

“(Artavious) is just now working in his curveball, he just got that this year,” Smith said. “When he went back out there after we scored, he was just more comfortable and knew all he had to do was throw strikes.”

Middleton (2-2, 2-0 in 5A-8) junior Remer McIntyre Jr. chipped in a two-run single in the fifth and also an RBI sac fly for some insurance in the seventh. Senior Cameron Williams, who reached on a two-base error, stole third and scored the deciding run in the first on a wild pitch, added his team’s second run after a single and stolen base, while Ricardo Garcia scored twice, and Wesley Berrito went 2-for-3, with a double and a run. 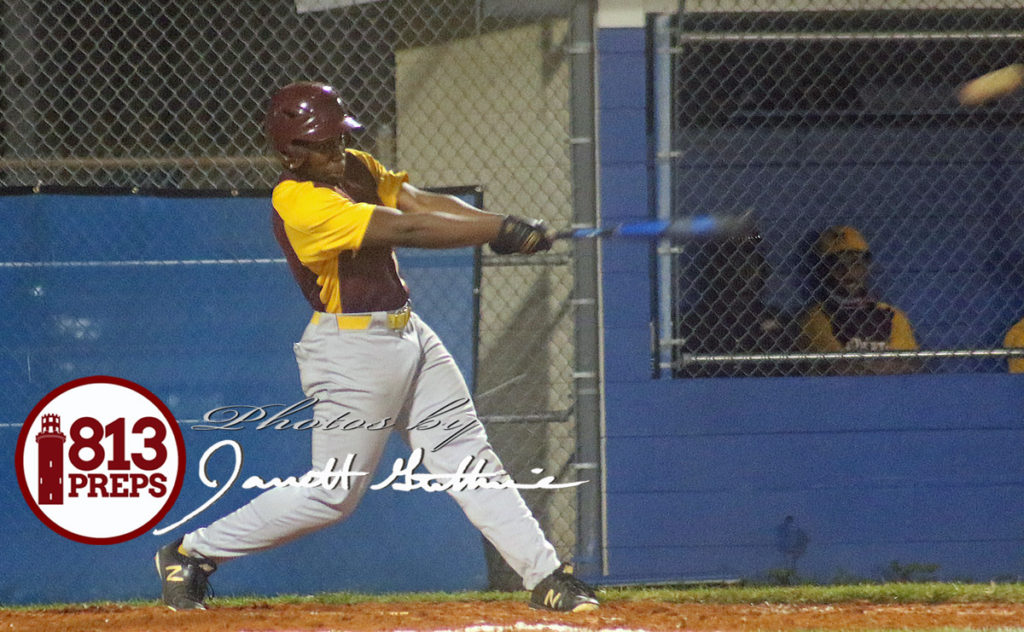 For King (1-3, 0-1 in 5A-8), the offensive night was tough – the lone blemish on the scoreboard came in the sixth when an error and three hit batters pushed a run across (RBI for Chris Hendricks), but Cyrus Meyer worked out of the bases loaded jam, ending the inning with a strikeout.

Starting pitcher, senior Dontavious Johnson was saddled with a tough loss, allowing just one earned run and six strikeouts over four innings of work, as King’s defense committed five errors in the game.

“We know when we get going, we have to play aggressive, get that extra base stolen,” Smith said. “It’s important to take advantage and keep (going), because if you let up, maybe they come back and you lose. So, we had to play this one all the way until we finished it.”