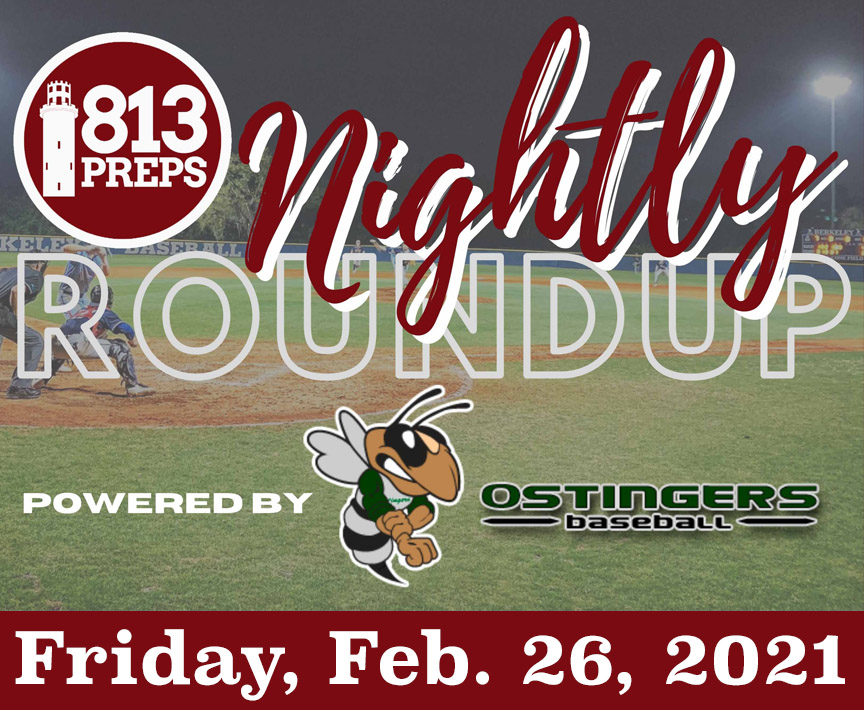 Bell Creek’s Dante Portillo started his team’s offense with a leadoff single in the first, stole a pair and scored what would be the deciding run on a wild pitch, before the Panthers batted around in the home-fourth and ended things early against Oasis Christian. Portillo was 2-for-3 with an RBI triple in the game as well, with Michael Kellum going 2-for-2, with two runs scored, a double and RBI, and Caleb Rodriguez adding a single, two runs scored and RBI to the tally. On the mound Xavier Talbot scattered three Oasis singles, while working four scoreless innings and striking out six, before Cade Ginder finished things off with an inning of work.

Deven Gonzalez (two-run double) and Colin Shultz (RBI single) keyed a three run Raiders third as Plant City came back on Steinbrenner on Friday. Shultz was 2-for-4 in the game, also scoring a run and earned a three-inning save on the mound. Freshman Chase Mobley picked up his first career win working four innings and striking out four. Steinbrenner jumped out to an early lead in the first as a pair of wild pitches scored two. Evan Cuervo had a double for the Warriors.