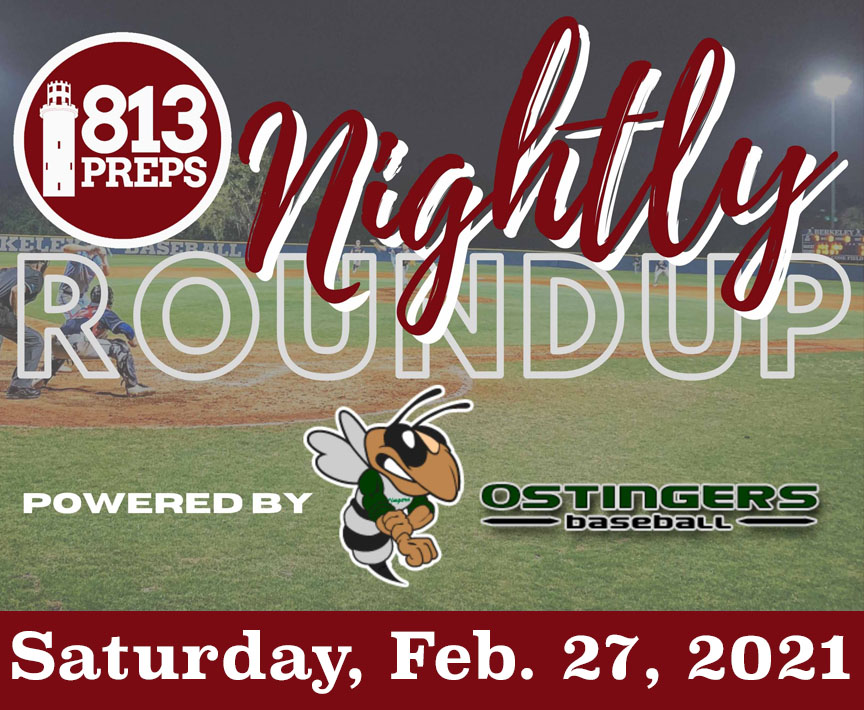 Colin Shultz put together a 3-for-3, two-homer, five-RBI day for the Raiders as Plant City picked up a win on the road at Brandon. Senior Ryan Robinson drove in three and Deven Gonzalez scored twice in the Raiders victory, with sophomore Tanner Rollyson picking up his first win of the season, pitching 4 2/3 innings, allowing two runs (one earned) and striking out a pair. Brandon’s offense had some life in this one with senior Kendal Spencer going 2-for-2 with a triple, while Daiven Soloman and Marlon Garcia picking up their first career varsity hits, each chipping in two with one being a triple for Soloman.

After Armwood took a one-run lead in the first on an unearned score (reached on error) off a wild pitch, Alonso strung together three scoring innings to start and defending its home field with a win over the Hawks. Angel Camargo’s RBI double in the second and later RBI single led the way offensively for the Ravens, with Ben Drumheller scoring twice, and Christopher Morgan and Zen Hiatt driving in runs. Hiatt started on the mound and struck out four in as many innings to earn the win, while Christian Del Campo earned a three-inning save, striking out six and not allowing a hit.

Leto senior RJ Gutierrez (2-for-4, stolen base, run) cleared the bases with a 3-run double in the Falcons six-run fourth inning in a win at Spoto. Coltin Pizzio swiped a pair in his two-hit game, scoring twice and driving in two; while Denzel Martinez went 2-for-2 with a run and RBI, Damian Lantigua doubled in a run and scored twice, and Hendryc Perez earned the win on the mound with three hitless innings and a pair of strikeouts.

Brooks DeBartolo used five hits to take the lead and then some on Carrollwood Day in the sixth inning. The Phoenix got a leadoff double from JJ Barreto in the frame and Isaac Machado single to left tied the game at three, before an RBI single from Austin Stirling gave Brooks the lead, and Ryan Martin’s two-run triple pushed the lead out to four, giving starting pitcher Tyler Polidoro all the help he’d need to earn his first win of the season. Carrollwood Day scored its three runs in the fourth on a two-run triple from Ethan Heintz and an RBI single by Jaxon Garvey.

Berkeley Prep fell 6-4 to visiting Lakeland on Saturday. James Hankerson led the Bucs offense going 2-for-3 with a home run, while Andrew DiMisa had an RBI single and pitched a scoreless inning of relief. The Dreadnaughts got a two-run single in the sixth from Lane Perdue to push things out of reach, and Sam Sloane struck out 11 to earn the win on the mound.