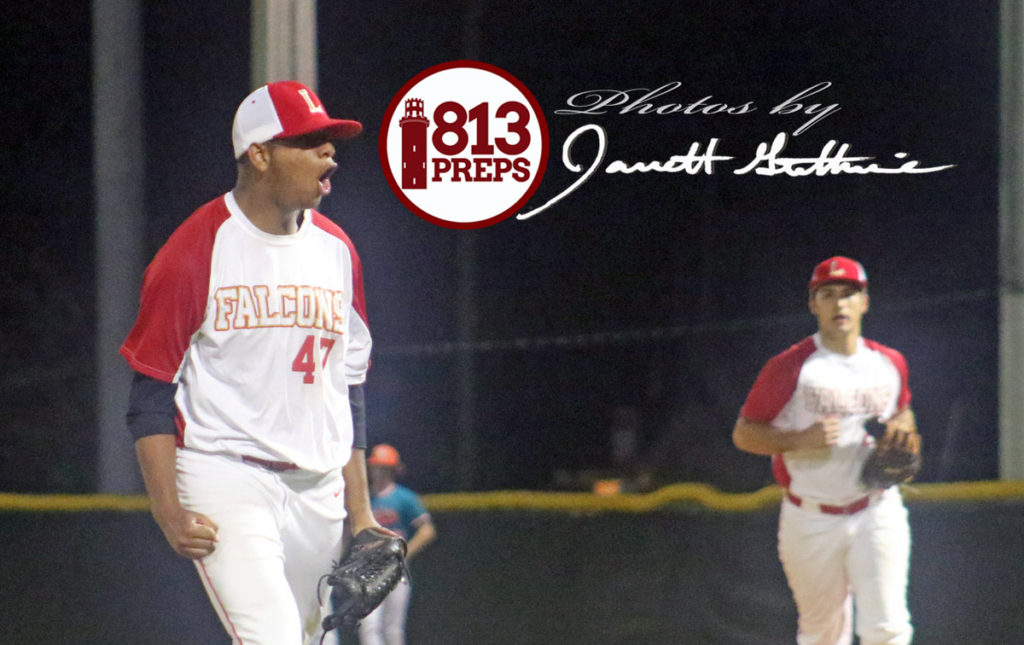 Leto senior Andres Chirinos lets out a yell after an inning-ending strikeout in the fourth. The righty worked 3 1/3 innings of relief, earning his first win of the season.

TAMPA – Finding themselves in a five-run hole early in the game could be enough for some teams to cash it in, say back at it tomorrow, or we’ll get ‘em next time. But there is not a lick of quit in the Leto Falcons.

Plant City took it to Leto early as walks piled up and the Raiders stretched out to a big lead before JJ Pizzio made a call to the pen with five runs in and a runner in scoring position in the top of the second. That call, to senior Andres Chirinos seemed headed in a similar fashion to the first 1 2/3 innings as the righty sailed in four-straight balls and put another man aboard. This drew a visit from junior first baseman Brayan Cruz who delivered a simple message to the pitcher – take a breath.

Chirinos responded getting a groundball out to send his team back to the dugout as the Falcons offense chipped away at the lead and unloaded in the third, setting up the senior to work steadily and earn his first high school win as Leto topped the Raiders 13-6. 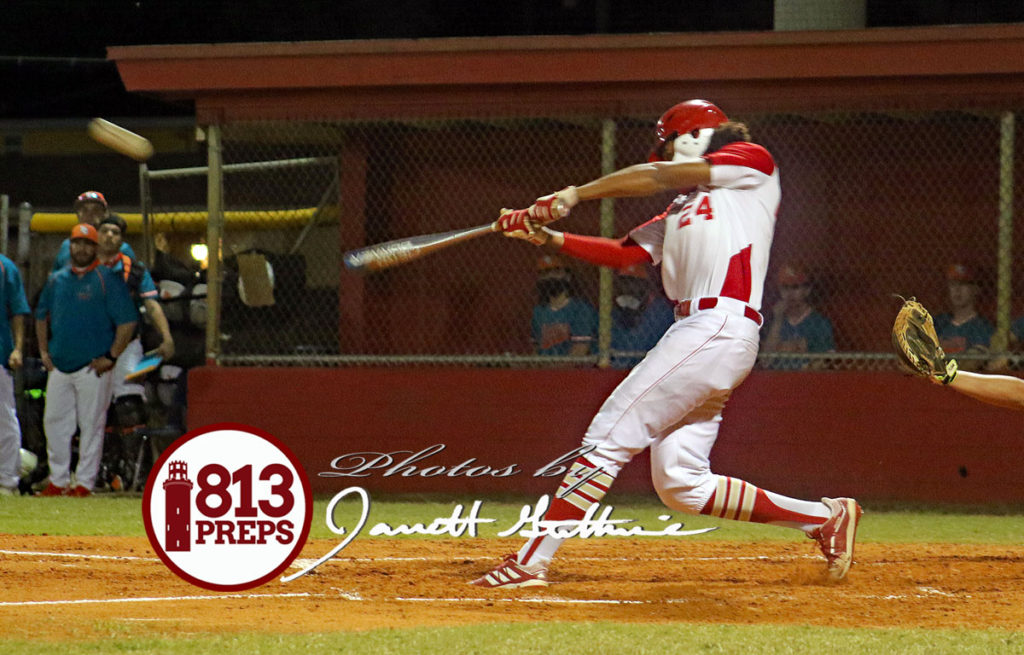 Chirinos, who transferred to Leto from Gaither this year looking for a chance, rewarded Pizzio’s faith in him by turning in 3 1/3 innings of scoreless baseball on the mound, striking out three while holding Plant City (4-2, 0-1 in Class 6A-District 8) to one hit and stranding runners at third base twice at the end of innings – once on a K and once on a one-hopper back to the mound.

“I tried to work hard for the team,” Chirinos said. “Down like that – that’s baseball. We knew this game was seven innings and when I came in we were down, but we had work to do. Me, I threw strikes, did my work and we did what we had do together as a team.” 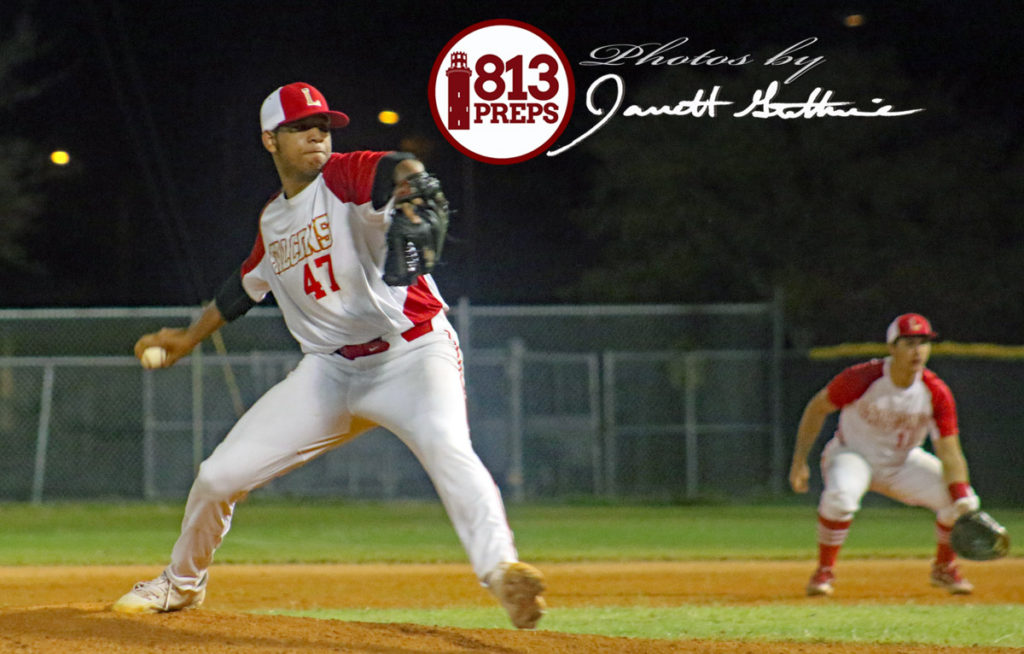 Offensively, Leto (5-1, 2-1 in 6A-8) cut into the Raiders lead with back-to-back doubles from Damian Breton and Alberto Attias, and an RBI sac fly from Bryan Rivera in the second. But it was a five-hit, five-run third inning that pushed the Falcons ahead and a seven-hit, six-run fifth that clinched the deal for Leto.

“We came back into the dugout (after the top of the second) and said we have to get it back now,” senior RJ Gutierrez said. “Damian (Breton) got it started, Alberto kept it going and we were rolling from there.

“The adrenaline just passed through all of us at that point, playing our game.” 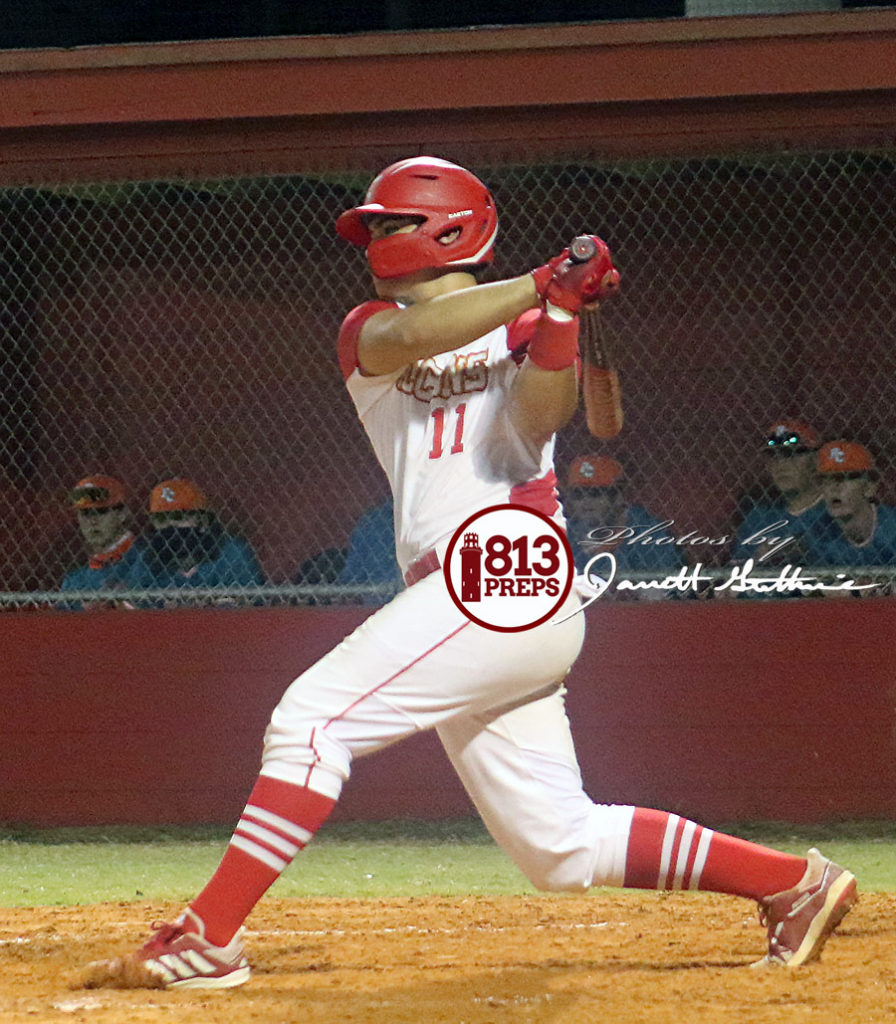 Leto junior Brayan Cruz sent a ground ball single through the left side of the infield to plate the leading and eventual game winning runs in the third inning.

Cruz wasn’t just good for the calming voice for the pitcher, the junior also a 3-for-4 night at the plate, slapping a single through the left side and plating a pair of runs that would give his team the lead (and deciding run) in the third.

“That’s how this team plays, we fight all the way, all the time,” Cruz said. “If we’re losing we all pick each other. You saw it tonight, we (are) down 5-0, Damien hits a tank, and we start going and going.

“If they give us a finger, we are going to take the whole hand.”

Breton (RBI, two runs) was also 3-for-4, while Coltin Pizzio, Shabazz Brumley, Gutierrez, Attias, and Damien Latigua each had two hits for the Falcons. Nine-hole hitter Denzel Martinez was 1-2, driving in a run and scoring, while making the play of the game in right field, making a stutter step mistake and then hauling tail straight back, leaping for a grab on a fly ball likely headed for extra-bases to start the fourth. 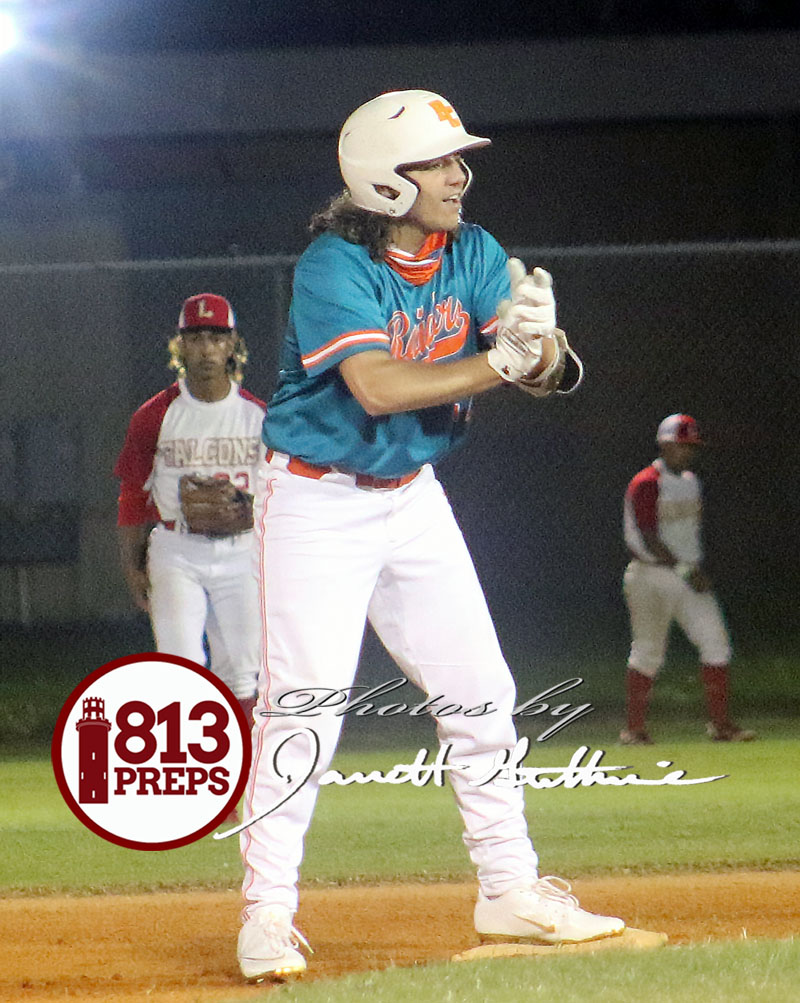 Plant City’s Wyatt Fordham is fired up after his bases-clearing double in the second.

Plant City’s five-run second inning began with a double from Jack Brosky, an RBI single by Kelein Johnson and was capped by a bases clearing double by Wyatt Fordham (2-for-2, two walks).

The Raiders would use three straight singles, including an RBI flared single from Carson Mohler to pick up one more, but that drew the Falcons to move Rivera from third to the mound to finish off the final six outs, three of them by strikeout.