TAMPA – After just a handful of games in the first two-plus weeks of the spring season, players across the county are settling into their roles and the rhythm of the season has started to find its pace. And though the 813 is littered with veterans stepping up and into new roles for the 2021 season, we’ve had a chance to see a pair worthy of some extra attention, with two senior captains dawning the gear and crouching behind the plate for their teams this season.

The first, a dues-paying senior who waited his turn behind previous upper classmen, battled a season derailing injury, and now is shining as a lead-by-example staple for a young team on the rise. The second, a player on one of the consistently best-producing teams in the county over the last four years, who has stepped behind the dish for the first time in his high school career, and as he has on two other position-changing occasions has excelled in his new challenge. 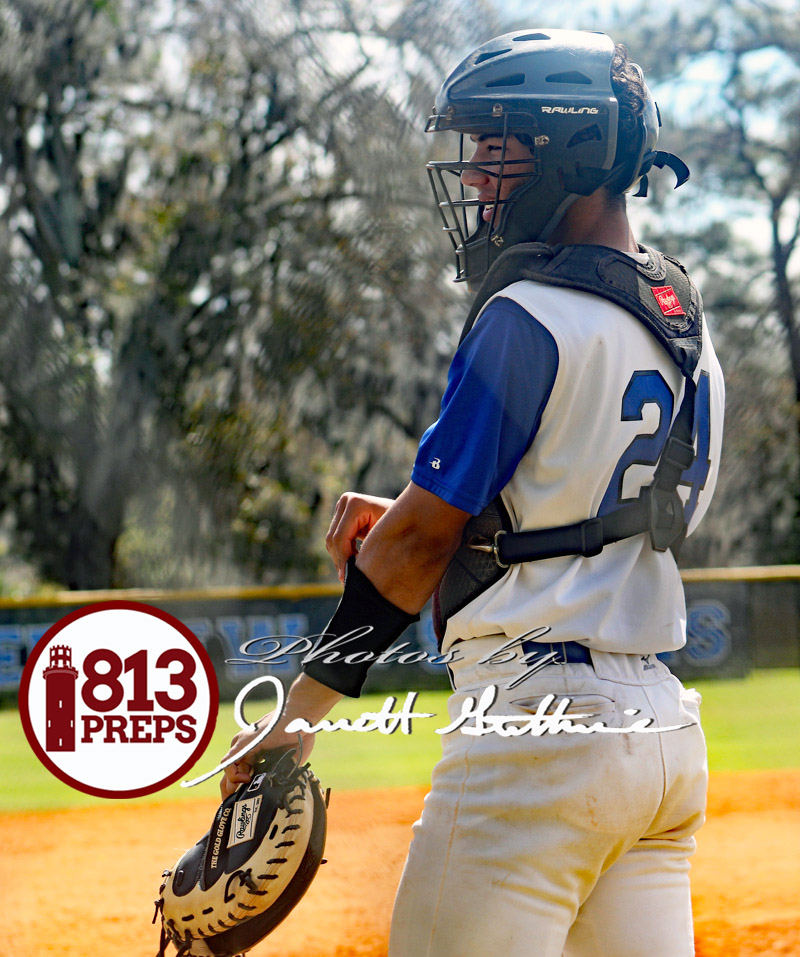 Riverview senior Gavin Hunter waited patiently for his chance as the starting backstop, working his first two seasons as a bullpen catcher, and then after an injury and subsequent osteochondritis dissecans lesion diagnosis and surgery bounced around a bit as a first baseman and outfielder in the shortened 2020 season.

Now, under first-year Sharks coach Jason Smith, Hunter has taken over the position he has played as a travel player and is proving his mettle handling the pitching staff and throwing out a pair of runners so far, as well as leading Riverview with two doubles and four RBI at the plate.

“Last year was interesting for him, coming off a knee injury, we had a starting catcher and he was kind of on the fence if he even wanted to catch,” Smith said. “This year, when he came back out this fall I knew he was going to be our catcher and Gavin was all for it.

“He is quiet and not a vocal guy, but silently he is a major leader for this team and he does that by putting in a tremendous amount of work. He has just barely started to show what I believe him capable of showing.” 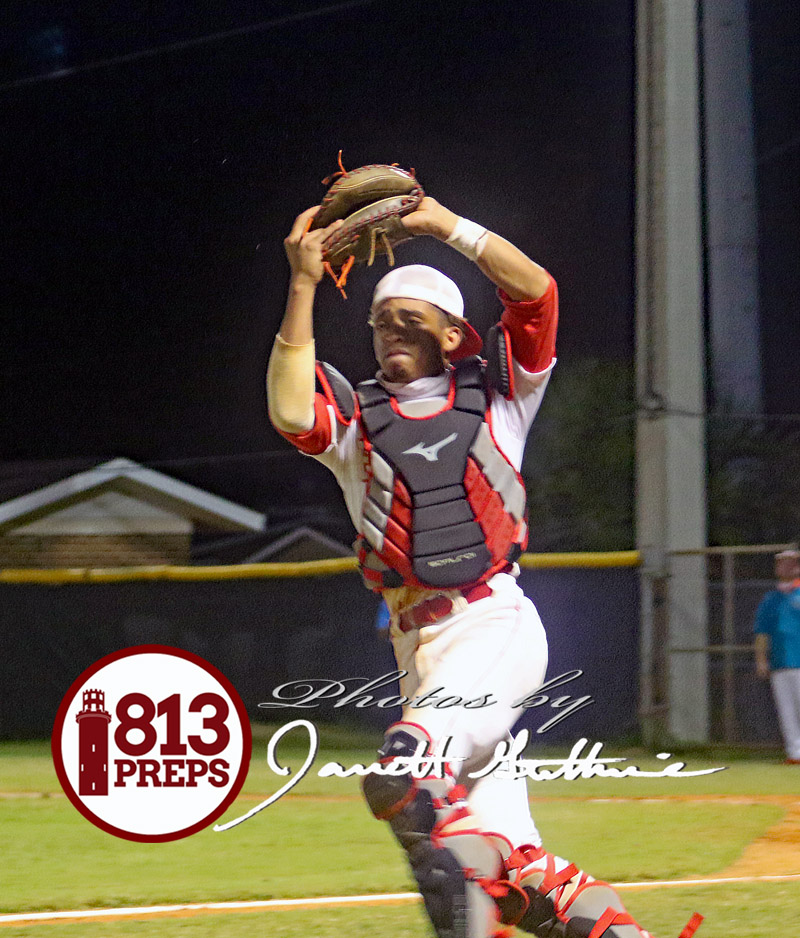 On the other side of the county, Leto senior RJ Gutierrez has been an outstanding producer for the offense for four seasons, hitting .330 over his career with 38 stolen bases, 48 RBI and 50 runs scored, but it has been his willingness to do anything for his team that has made him invaluable for coach JJ Pizzio.

As a freshman, Gutierrez took over left field as a starter, the next year he started at third then moved to shortstop midway through the year for the Final Four Falcons. He continued at short last season and had become an impressive glove with a strong arm at the position. So, when his senior year rolled around, he was penciled in for the left side of the infield again, but with the emergence of sophomore Bryan Rivera, who plays catcher as well as pitches and plays third base, Pizzio needed another option at catcher and asked the team if there was anyone who felt like taking on the job.

He was unsurprised to see his captain’s hand shoot up.

“RJ is a can-do, yes-sir young man and he is the epitome of a ‘team’ player,” Pizzio said. “When I asked for a volunteer, his was the first hand up and he said he’d caught some when he was younger and that it ‘sounded like fun.’”

Gutierrez hasn’t missed a beat in the new role, and the St. Petersburg College commit has made himself even more of a weapon by learning to swing left-handed, not to mention his excellence in the classroom with a weighted 5.7 GPA, and will graduate with 40 college credits to his name.

Asked about having any concerns with the added impact of adding another position to the mix for his senior season, Gutierrez smiled.

“No hesitation at all, we needed to get Bryan on the bump a lot this season,” Gutierrez said. “Him out there makes us better, I wanted to do that for him, for this team.”

Pizzio joked he may need to watch out for Gutierrez’s adaptability in another way as well.

“If I asked him to be the team coach for a day, I have no doubt he’d be great at that, too,” the skipper quipped. 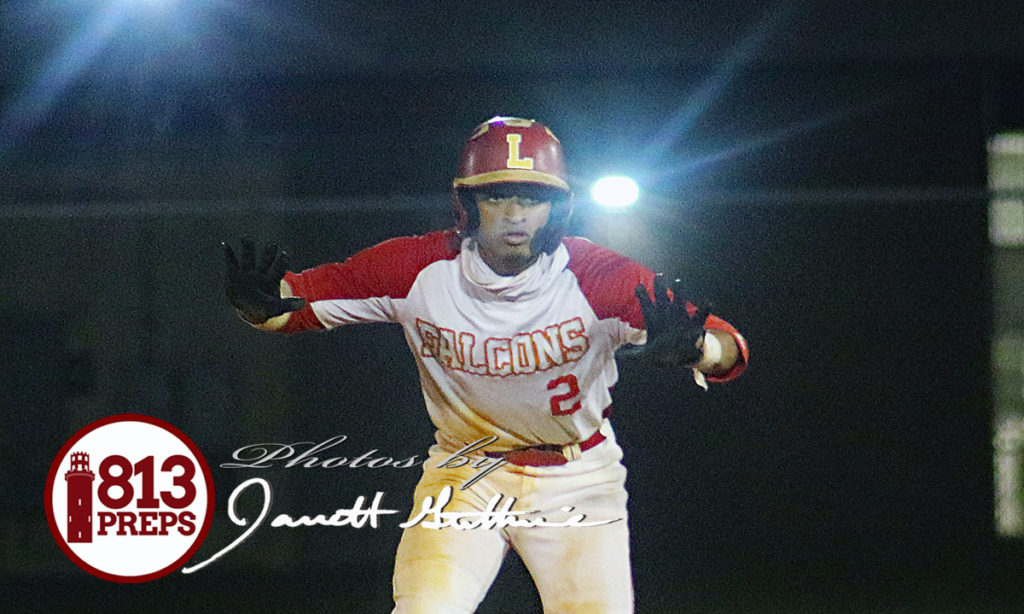 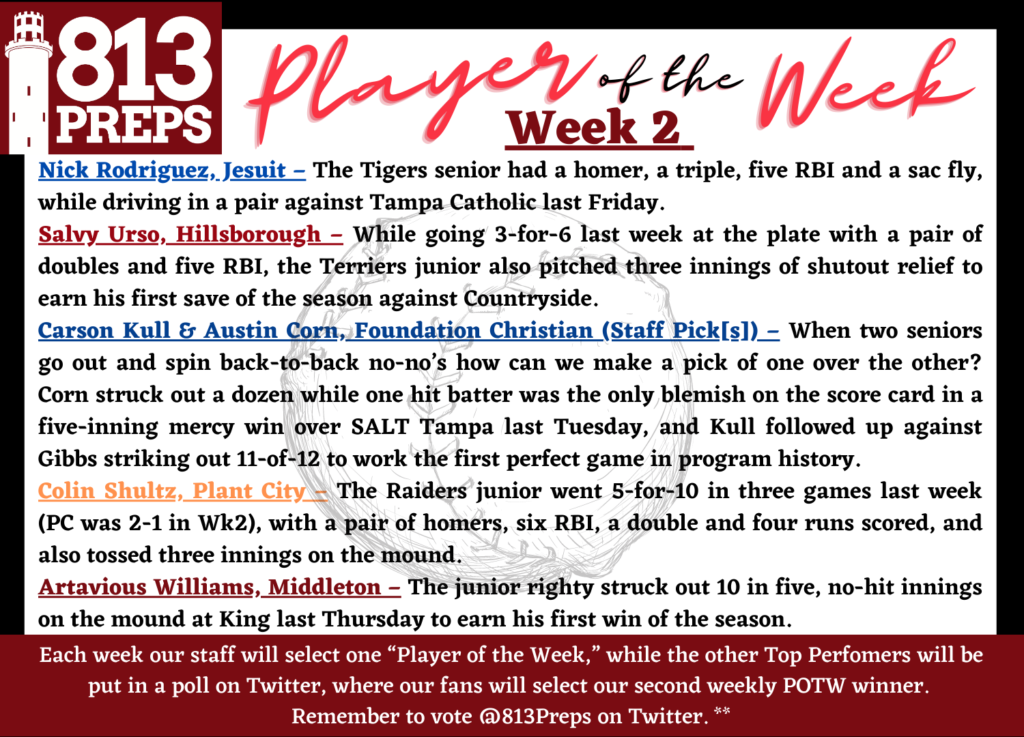 All in the Family at Sumner

“I feel like it’s going to be special,” he said of playing for a team wearing his family name.

Said father Joe III, who took the ball next: “My entire family, we were honored and humbled and taken back by it.”