Brooks delivers late as Spoto comes from behind for first win 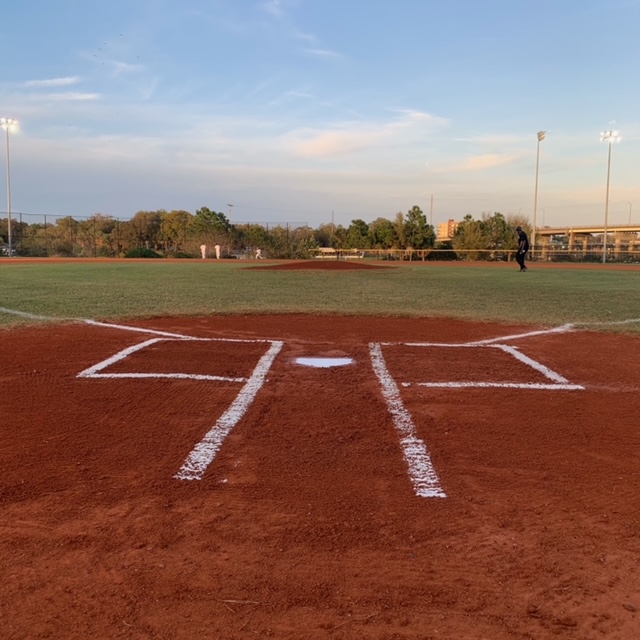 TAMPA – Down a run in the top of the seventh inning, Spoto center fielder Jireh Brooks stepped to the plate with a pair of runners on base and two outs.

The lone senior in the starting lineup delivered a base hit up the middle to tie the game at six apiece, and a passed ball later in the inning would score Mikey Britton to give Spoto its first win of the season, a wild 7-6 affair over Blake on Tuesday night.

“I wasn’t nervous. I was locked in. I just wanted to win. We needed this to get momentum for the season” said Brooks. “The first pitch was a curve, so I scooted up in the box. I just waited on one and ripped it. I’m glad it went up the middle.”

Blake (0-4) took an early lead as Brandon Mirza (2-for-4) singled and Tavian Woods walked and both would come around to score to put Blake up by two after an inning.

Spoto (1-5) answered in the top of the second as Chris Baez (two walks, two runs) scored on a wild pitch, third strike that also allowed Chase Wink to take first base. Later in the inning, Peyton Nisy would plate Wink with an RBI single tying the game at two.

After Britton scored on an error to put Spoto up a run, the Yellow Jackers responded with Jake Montgomery (2-for-4) rapping and RBI single to right followed by an RBI double to right-center by Titus Wood-Ayres, as Blake retook the lead after three innings.

The Yellow Jackets extended the lead in the bottom of the fifth as Devontaye Mitchell walked and scored on a single by Woods. Woods would score on a pair of throwing errors and Blake took a three-run lead.

In the top of the 6th, Spoto would again answer as Brooks reached on an error and scored while Baez walked and scored on a passed ball to cut the lead to 6-5 and set up the dramatic top of the 7th inning.

Spoto starting pitcher Cullen Cairns (5 IP, five earned, and 5 K’s) and Blake’s Woods (5 IP, one earned, and 4 K’s) both kept their teams in the game and overcame shoddy fielding as the teams had a whopping 6 errors apiece.

For Spoto, the win was the first for new coach Mike Boyd in his first season as the head coach, after relocating to the school from the Detroit area.

“Spoto got used to losing for a couple of years. We talked a lot last week about getting a taste of winning. Winning is just as contagious as losing,”  said Boyd. “I’m really proud of them, (and how) they found a way to win. CC (Carins) kept us in the game and the hits came when they needed to.”