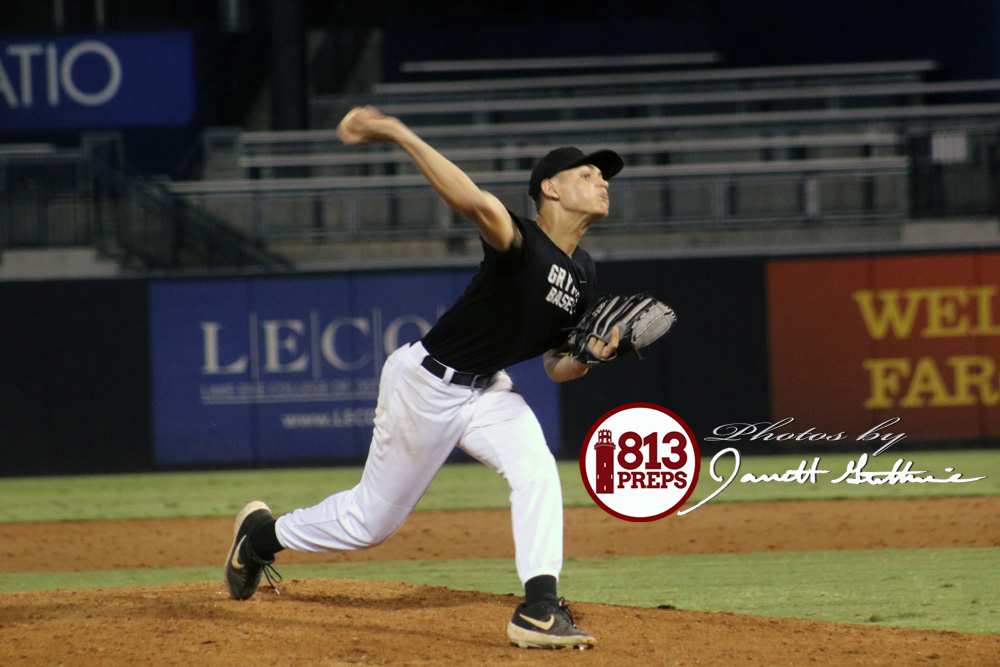 TAMPA – Alonso has been a late-game team so far this season. In its first six games this season, seven of the team’s 28 runs came in the sixth or seventh inning. So, when facing an early deficit against Sickles, there was little doubt that a comeback was coming. A rally in the late night to make it interesting or a series of mistakes from the Gryphons. But it never came.

Sickles played near-perfect baseball to hold on for a 6-1 victory, winning its fourth of the year against a District 7 opponent.

“These district games are big,” Sickles head coach Eric Luksis. “Whenever we play a district opponent, we know it’s going to be a good game.” 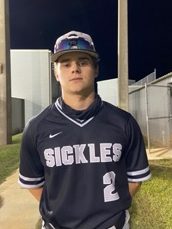 The scoring started early with a Kohl Robertson single that was eventually driven home by Chase Conville before a couple of unforced errors — a wild pitch and a bad error in left field — helped Sickles (4-1) score two more runs, before Robertson came up for his second at-bat of the night in the second inning. He took the first two pitches before smacking the third over the left-field fence for a two-run home run.

“Honestly, I was looking curveball,” Robertson said. “First two pitches went by. I took them. I knew he’d probably throw a four-seam fastball, and I didn’t miss it. Felt good.”

After their flurry of scoring in the first two innings to start the game, the Gryphons were content to sit on their lead and rely on their pitching staff.

Pitcher Davian Garcia stole the show with his blazing fastball that seemed nearly untouchable for much of the game. The senior right-hander did well to stay ahead of the count for much of the game, finishing with eight strikeouts in 4 2/3 innings, while allowing just one run.

Down five and looking to rally his team, Alonso (4-3) head coach Landy Faedo held a team meeting outside the dugout before the bottom of the third inning, which did spur some action for the Ravens. A single by Hector Montilla to lead off the inning and a nine-pitch walk drawn by Ben Drumheller added momentum before a double by Chris Morgan drove in Alonso’s only run of the game.

The Ravens did eventually clean up their defense as well, but it was too late. A Sickles insurance run driven in by Adrian Gutierrez in the sixth inning was the dagger and senior pitcher Bobby Christy’s 2 1/3 scoreless innings in relief was the twist in the gut.

“It was a big factor in the game,” Robertson said. “Just to be able to shut that team down, especially to jump on top of them like that, it feels good knowing that you have confidence in your pitchers like that.”

Baserunning was also a massive difference in the dominant win for the Gryphons.

Alonso, who came into Friday’s contest with 21 stolen bases, was unable to snag a single one on Friday. Conversely, Sickles stole three bases and jumped on nearly every mistake made by the Ravens.

“That’s something we preach to our pitchers all the time … controlling the run game,” Luksis said. “Guys are going to get on base, but we have to make sure they stay at the base they get to. That’s something that we work on daily in practice is trying to mix our times and looks and have good pickoff moves, and it really paid off tonight because we knew that they were a group that could move, and we were able to keep them at bay tonight.”

Alonso will get a few days off to recoup and recover before welcoming Steinbrenner on Tuesday. But for Sickles, weather permitting, another game against Durant on Saturday. And for a quick turnaround, Luksis offered an even quicker message to his team.

“(I) told them to get a good night’s rest and be ready to go tomorrow morning,” he said.