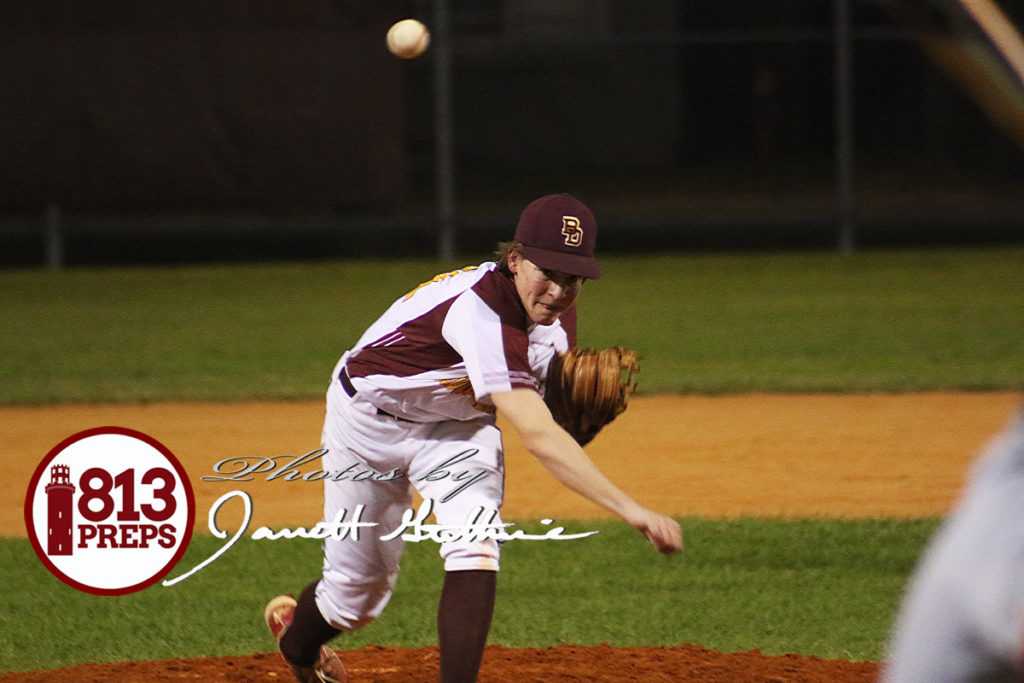 TAMPA – Twelve days ago, Brooks DeBartolo hung with Berkeley Prep for five-plus innings before errors allowed the Buccaneers to pull away and take a victory.

Since that loss, the Phoenix have been reborn ablaze, winning four-straight including Monday’s shutout victory against district opponent Clearwater Central Catholic, 2-0.

As he did in four-scoreless against Berkeley, sophomore Ethan Corscadden toed the rubber for Brooks DeBartolo (4-4, 2-3 in Class 3A-District 8) against the Marauders setting a tone by striking out the side in the first, and pitching to contact for five scoreless innings, working around four runners in scoring position to earn his second win of the year.

“In that Berkeley game, we went in thinking we weren’t going to have our best game, but we competed,” Corscadden said. “From then on we know what we can do out here.”

The Phoenix offense loaded the bases in the first two innings, but were unable to push across a run until the fifth when senior Ryan Martin (2-for-3) smashed a ball halfway up the high wall in right field of Sligh & Rome Park, allowing Nick Tomsich to score the decider.

“This team as a whole has been seeing the ball really well,” Martin said. “When you have so many chances early in the game, you can’t let yourself fall off in the middle. We knew it was bound to click for us, I had a good opportunity and put a good swing on it.” 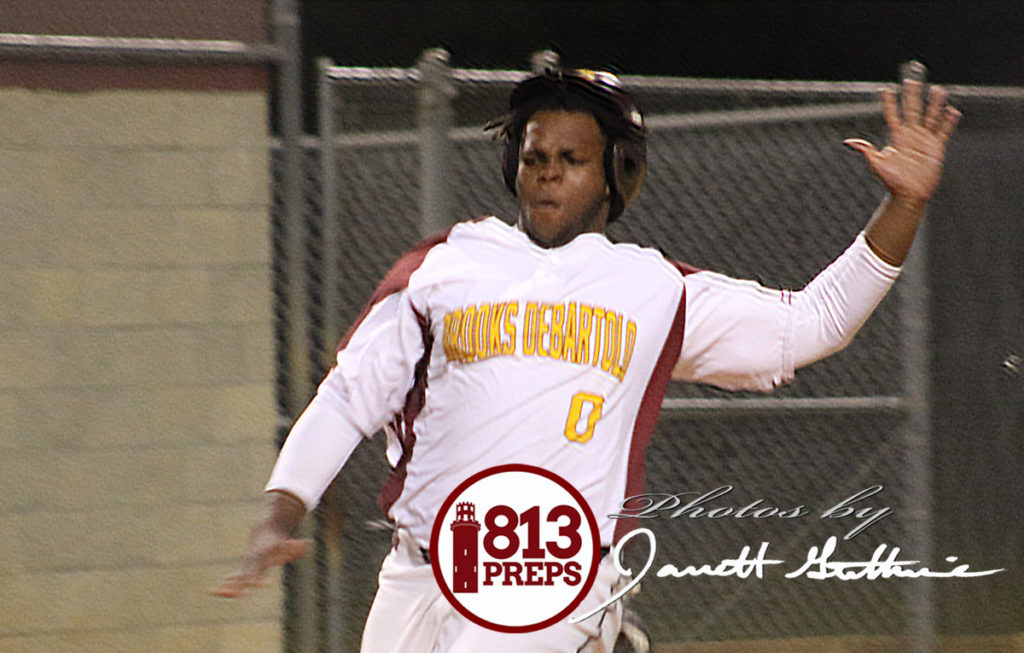 BDCHS senior Jaeden Johnson drops into his slide toward home scoring a run in the fifth for his team.

Martin’s double was followed immediately by and RBI sac fly from Jimmy Curtis which drove in Jaeden Johnson for some insurance.

“It felt really good for them to get those runs on the board,” Corscadden said. “Once we got that first run, I knew we had this one.”

After assuring his sophomore teammate was in position for the win, the lefty Martin took to the mound to work the final two frames. He walked the first he faced, but erased it immediately, snagging a laser back to the mound and catching a frozen runner off first base for a double play. 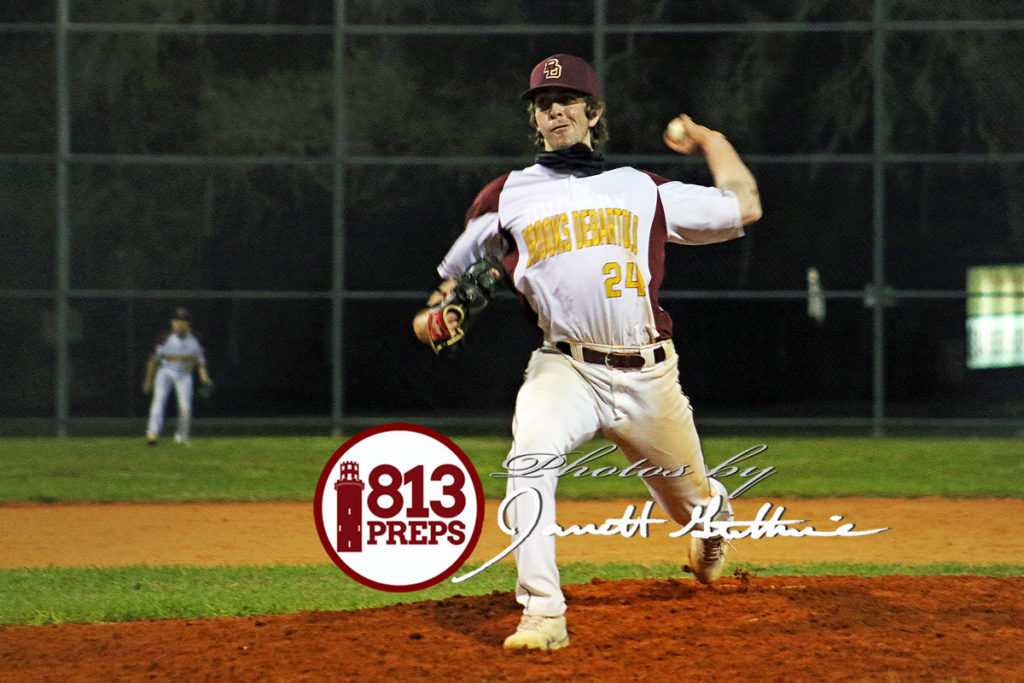 Senior lefty Ryan Martin drove in the winning run, then worked the final two innings in relief to earn the save for the Phoenix.

The play on the mound, was just one of a handful of impressive defensive gems in the game. Curtis, serving as the Phoenix backstop, erased the game’s only error by making a smooth transition and throw to second to catch the would-be stealer as shortstop JJ Berreto made a slick glove swipe. 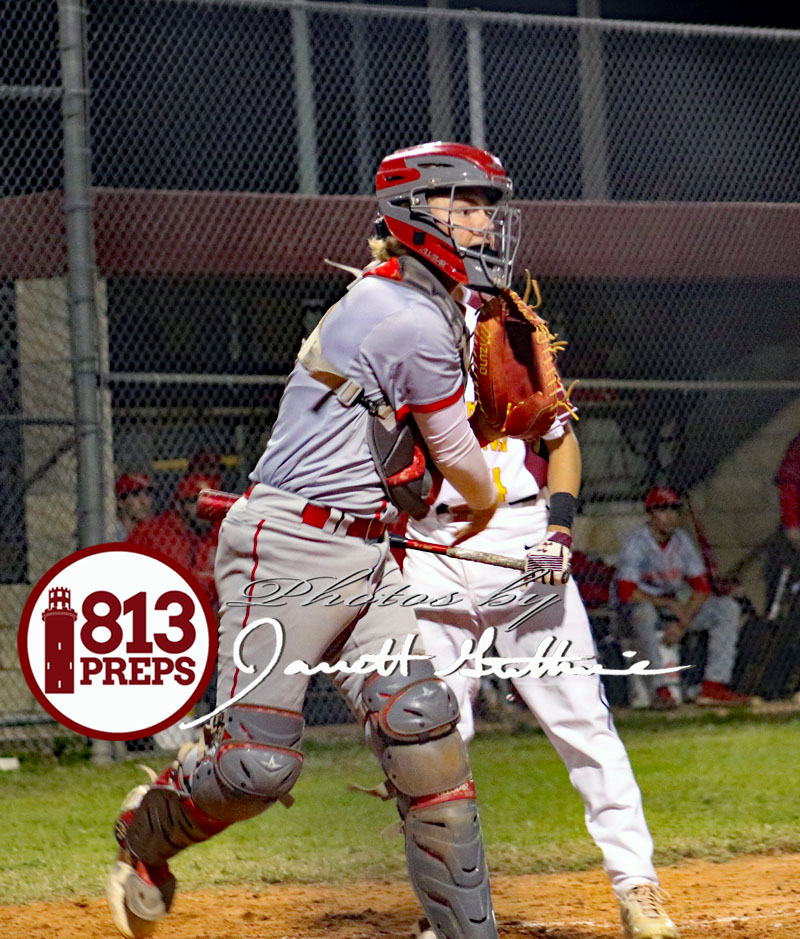 Marauders sophomore catcher Kodi Deskins caught one runner off second, and also started a rundown play catching a second runner between second and third in the fifth inning.

In opposition, CCC (1-7, 0-2 in 3A-8) catcher Kodi Deskins picked off a runner at second in the Phoenix’s big inning with a throw down, then capped the inning by catching a runner too far off and a pickle eventually stopped the frame with the third out.

Fittingly defense showed up to end things as well as senior left fielder Nathan Endsley looked like he initially misread a pop fly, but heard his third baseman Jace Hoffman screaming “IN” and charged forward making a last second diving catch to seal the fourth-straight win.

“It was a little bit of a tough read, because it was directly on me,” Endsley said, “but luckily my third baseman told me to come in and I listened. Four wins is big for this team.”

Martin walked one and hit a batter, but retired the side in the seventh to earn his first save.

“Ethan has done a great job this season,” Martin said. “So, coming in, after he has done so well, that is motivation for me to get it done for him.”

The Maruaders offense was led by Deskins who was 2-for-4, while Gabe Wheeler went 2-for-3, but CCC left nine aboard in the game. Starting pitcher Matt Lewandowski pitched five innings, allowing two runs, and struck out four, before Gabe Wheeler worked the final inning on the mound for CCC. 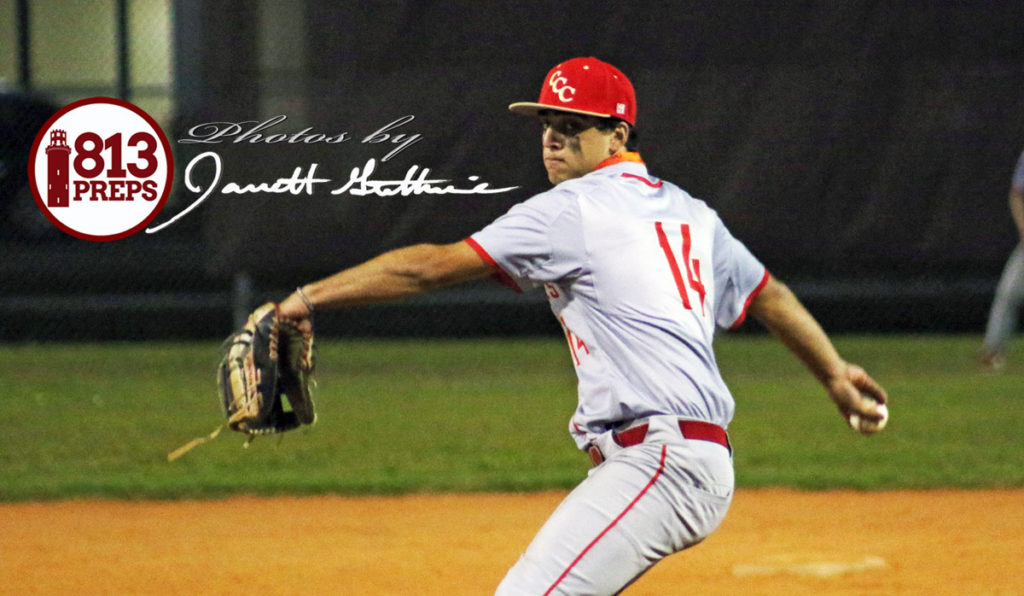 Brooks DeBartolo will host Tampa Catholic (winners Monday, 5-2 over Bradenton Inspiration Academy) on Thursday, as the Phoenix will try and avenge a 10-3 season opening loss to the Crusaders, then host Keswick Christian on Friday.

“We have two huge games the rest of this week,” Martin said. “Winning four (straight) is motivating, but we have to keep it up for the rest of the season.”