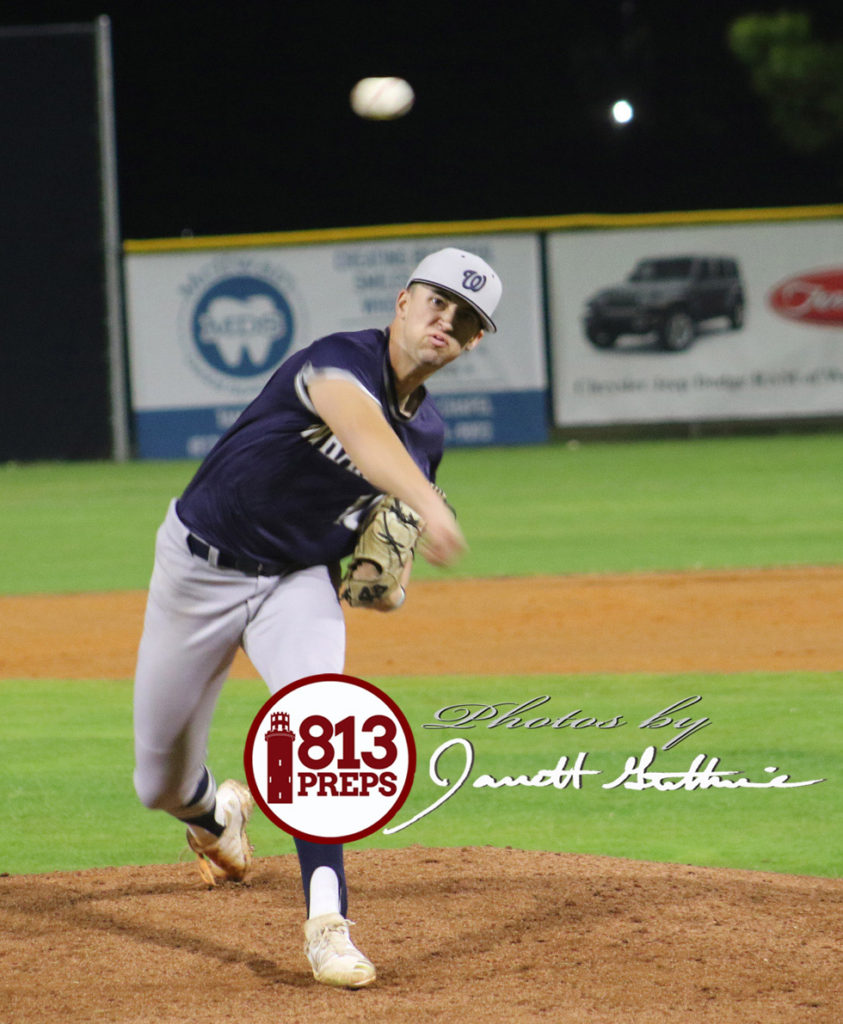 Last week’s 15-strikeout performance for Wharton’s Ryan Fry netted the junior righty a win as he went 5 1/3 in a 5-3 win at Alonso.

Tuesday night, it took Fry (3-0, 0.67 ERA) seven innings to get to the 15-K mark, but he made them count tossing a complete-game no-hitter for his team as the Wildcats topped East Bay, 5-0.

“Everything was working tonight, my curveball, a lot of changeups and my fastball was dominating,” Fry said in a phone interview with 813Preps after the game.

After his offense handed him a one-run lead to start the game on the first of two Elijah Dukes RBI doubles in the game, Fry took to the mound and walked the first batter he saw, a batter later he hit someone, but from there the University of Miami commit was outstanding, facing the minimum the rest of the way. Just a walk in the fifth, which was later erased on a pickoff from Wildcats catcher Frank Micallef was the only other blemish on Fry’s night.

Fry struck out the side in the seventh, including three-straight to end it.

“I felt really good the whole way and wanted to end it strong,” Fry said. “Their (last) hitter was way late the whole at-bat, so I knew a fastball would get by him to finish it off.”

Senior Dylan McDonald was 2-for-2, scoring twice with a double and two RBI and a stolen base for the Wildcats in support of Fry’s efforts on the mound.

“He threw great,” Wharton head coach Scott Hoffman said. “He had two runners on in the first, then he just flipped a switch and it was on cruise control from there on. He was throwing all his pitches for strikes. When he does that, he is going to be tough to beat.”

Wharton improves to 6-2 on the season and travels to Hillsborough on Thursday, before opening Saladino Tournament play against Leto at 1 p.m. (the game is at Strawberry Crest).