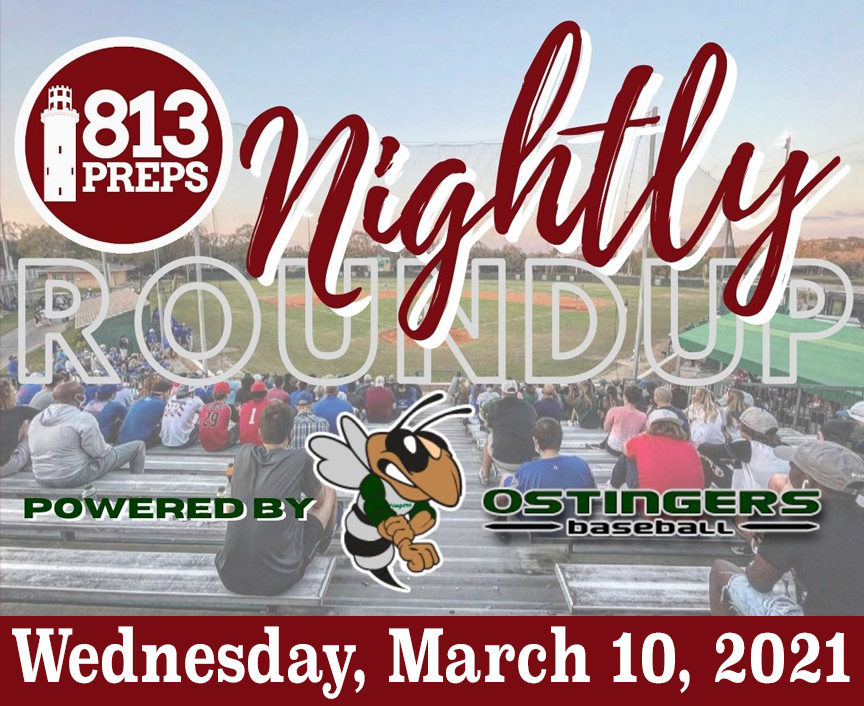 RBI singles from Zen Hiatt (3-for-3, 2 runs) and Keenan Rutledge got things going for Alonso in the first, before a bases clearing triple from Sammy Seplowe pushed things well out of reach as the Ravens topped Chamberlain. Christopher Morgan had a double, scored two and drove in two, and Hiatt earned the win on the mound, striking out three in two innings of work. Yadiel Garcia doubled in a run for the Chiefs in the fifth inning, but the game ended early due to mercy-rule.

The Dragons win 17-1 tonight. Congrats to Alejandro Montada on hitting his first HR of the season. The Saladino Tournament starts Saturday 3/13 as we play Jesuit in game 1 at Jesuit, 4pm. @813Preps @tampajhs

Javier James had a pair of doubles, two RBI and three runs scored; Alejandro Montada was 2-for-3 with a homer, two RBI; Matthew Johnson and Andre Cruz both had a pair of hits for the Dragons in a four-inning win against Blake.

Durant’s Austin Sewell (2-for-3) cleared the bases with a triple in the fifth as the Cougars won on the road at Leto. Dean Hotz had a first-inning RBI sac fly and singled in another run in the fifth. Four Durant pitchers held the Falcons to one run on four hits with senior David Fackson earning the win in 2 2/3 innings of relief. Leto’s Bryan Rivera doubled in the second and scored on a Coltin Pizzio RBI single.

Strawberry Crest took control early and held off a second-half charge from Newsome to claim a big win on the road. Senior Colby Fanning had three hits, including an RBI triple and scored three times, Arjun Nimmala (four runs, RBI), Ethan Pues (double, four RBI) and Zach Redner (two runs, RBI) each had two hits, and Cristian Bolt had a triple and scored twice in the win. For Newsome, Fulton Lockhart doubled in one and Kelsen Johnson doubled in a pair.