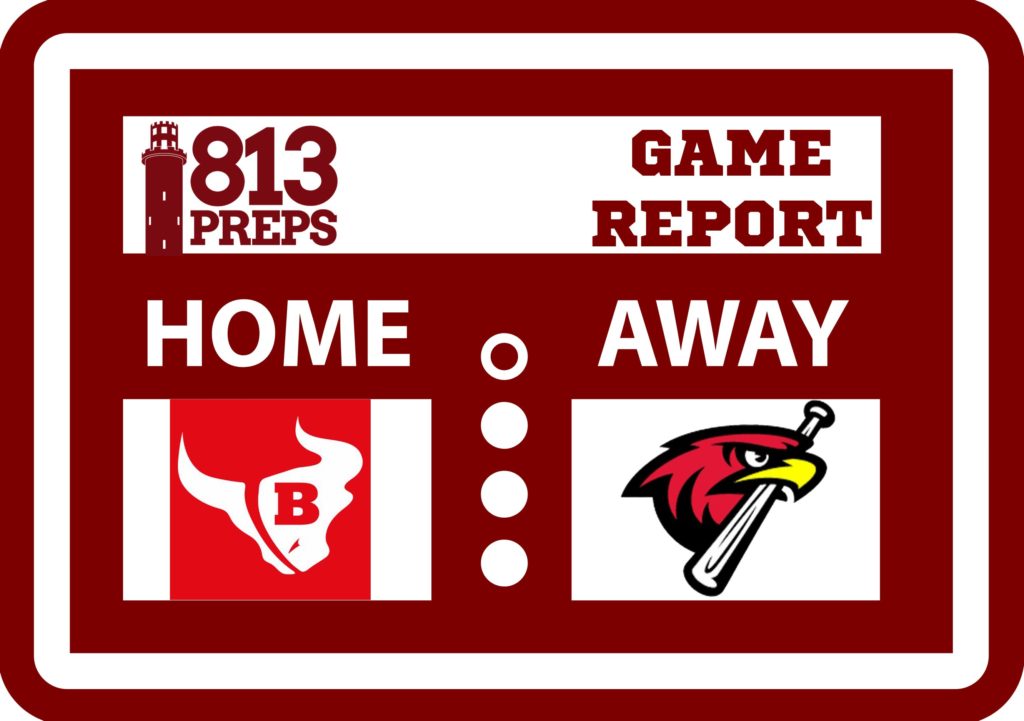 VALRICO – Something had to give when Bloomingdale and Leto collided Tuesday night. The host Bulls entered the non-district clash unbeaten in five home games. The Falcons were perfect through four on the road. 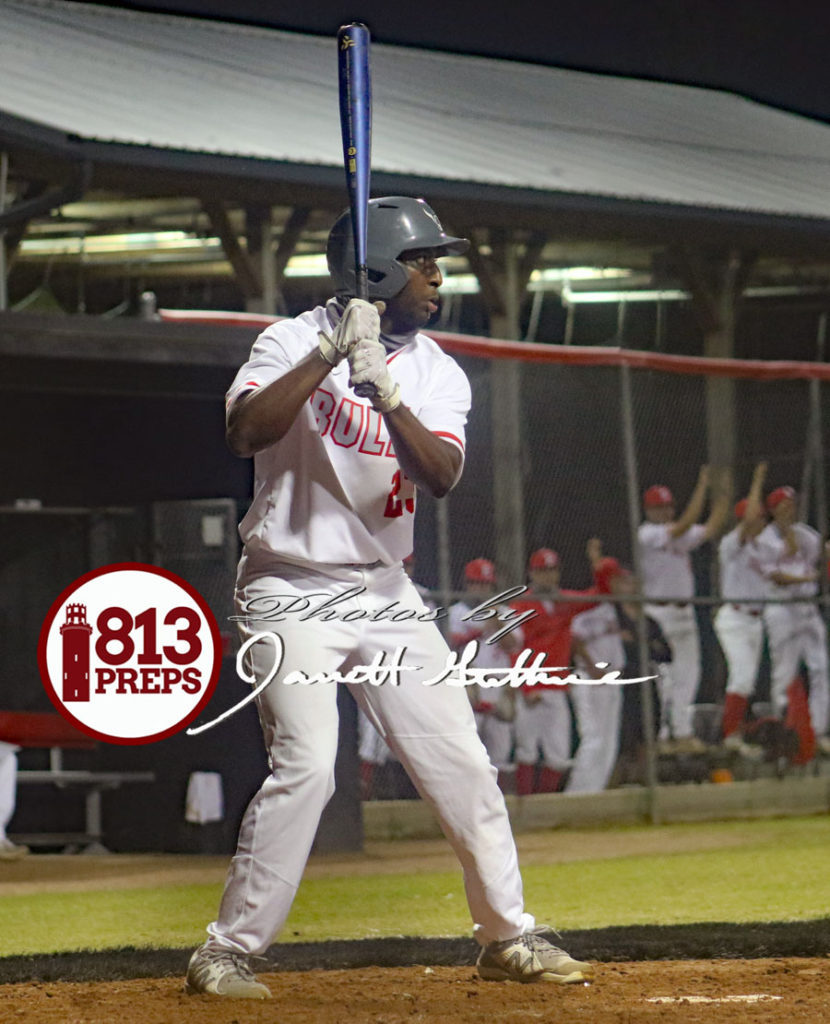 Table setters Drake Harman and Marlon Bowen were a combined 5-for-6 with two walks and four runs scored. Bowen drove in five, breaking a 1-1 tie with a two-run single in the second inning, and topping that with his first career homer – a three-run shot in the fourth.

“It felt really nice off the bat,” said Bowen, a senior outfielder. “Halfway down the line I was like, ‘Wow. That ball might be out of here.’ It was a great feeling.”

Harman treated the partisan crowd to three hits – a double and two singles – and scored three times. The Bulls collectively had only one hit in a Friday night loss at Plant City.

“We know our own ballpark pretty well,” Harman said. “I feel like we have more confidence at home, honestly. We all love to play at this field.”

“We didn’t add hits together in a timely manner and couldn’t get any big innings,” Falcons coach JJ Pizzio said. “It’s not something that we’ve done much in the first seven games, but that’s what got us today.”

The revolving door from the bullpen was busy by design with the Bulls now off until Alonso comes calling at 4 p.m. Saturday in the opening round of the Saladino Gold Division Tournament.

“That was kind of our plan, mainly because we only have the one game this week,” said Bulls coach Kris Wilken, “get everybody some time on the mound during a game instead of bullpens as we head into Saladino.”

Leto has a home date with Durant on Wednesday before joining the 16-team field with a 1 p.m. game Saturday against Wharton at Strawberry Crest High.