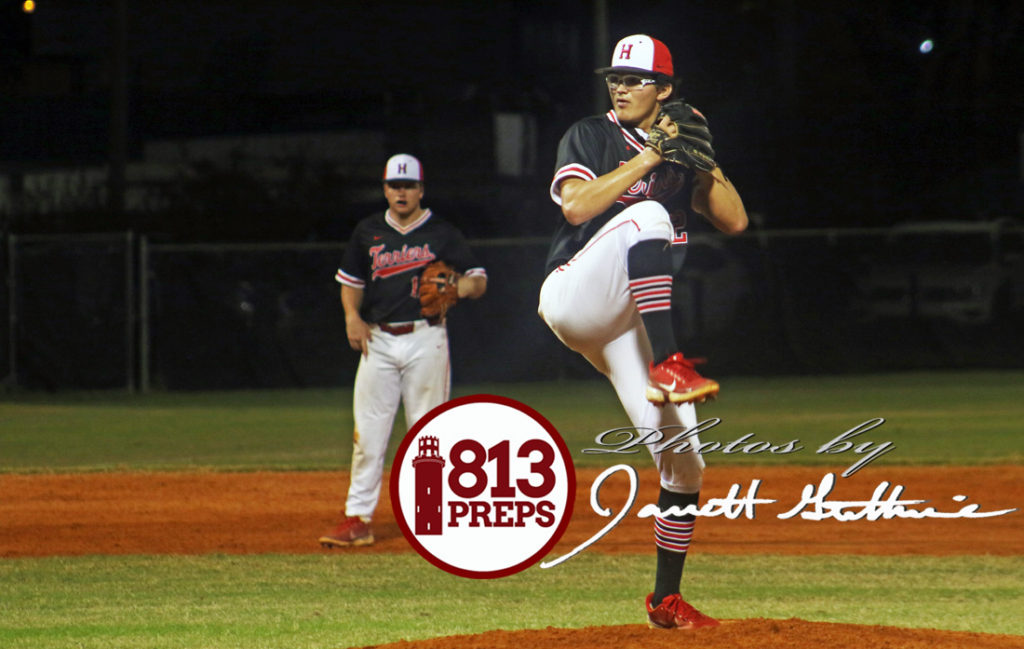 “My curveball was working really well, and I was keeping the fastball in on the hands” said Netolicky. “The defense helped me out a lot and Tanner (Jones) called a great game behind the plate.”

The Terriers (6-1) took an early lead when freshman Cam Mallo drew a leadoff walk in the bottom of the first and later scored on a Robinson error.

The score would remain 1-0 as the Knights (2-4) received solid pitching of their own from lefty Lamont Akins. The junior hurled four innings giving up just two hits and striking out six. 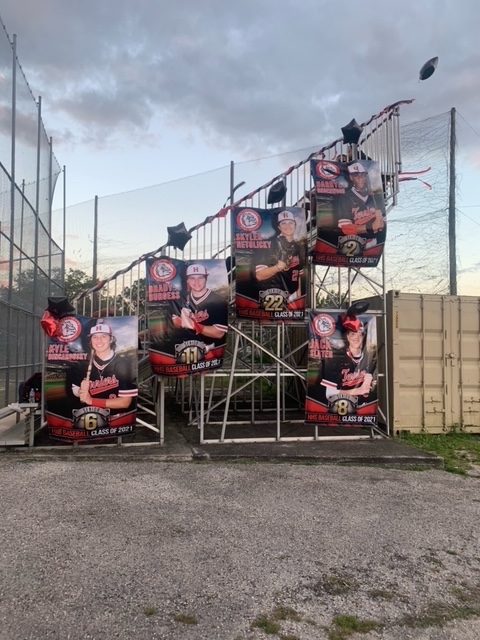 The stands at Billy Reed Field honoring the Terriers Class of 2021 on Senior Night (photo by Rick Cantor).

Hillsborough added to their lead in the bottom of the fifth as Dominic Reaves would reach on an error and advanced to second on a walk to Mallo. Reaves would come around to score on another Knights error, and the Terriers tacked on two more runs on a single by senior Brady Burgess (3-4, 2 RBI’s) and a sacrifice fly by Salvy Urso.

“My biggest thing lately has been keeping a shorter stride and trying to make good contact and try to hit to all parts of the field” said Burgess. “This was a big one for us. I don’t think we have beaten them (Robinson) in four year, so I wanted this one especially on senior night.”

The Knights will have a chance to exact revenge as the teams meet again on Saturday in the first round of the Saladino Tournament’s Silver Division.