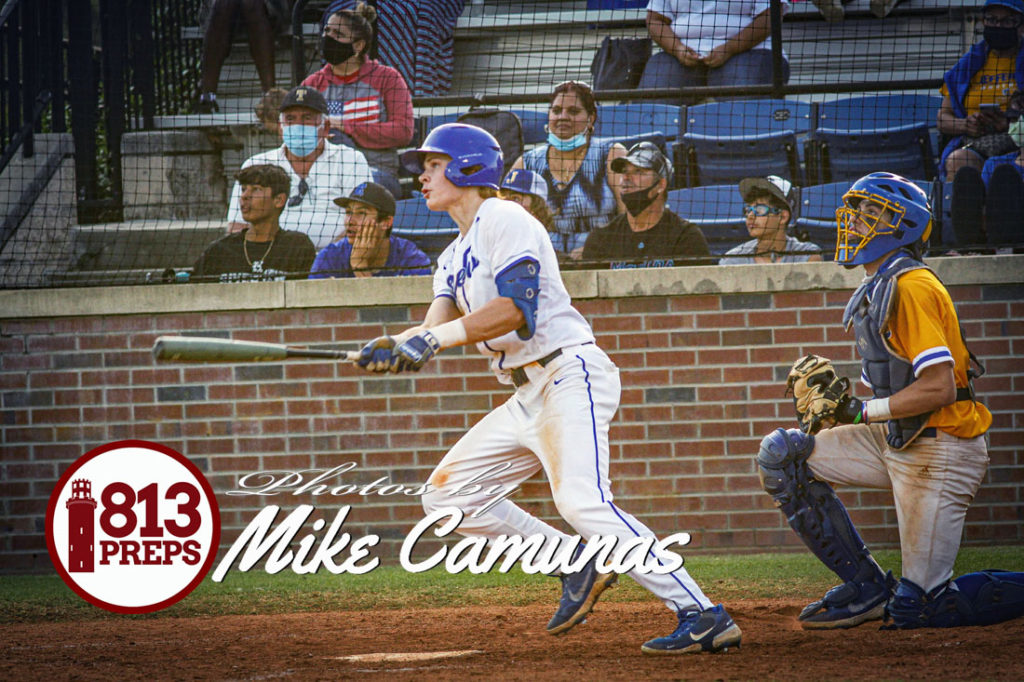 Jesuit sophomore Wes Mendes connects for an RBI double to give him five runs batted in — including a grand slam — in the Tigers’ 7-2 win over Jefferson n Day 1 of the Saladino Baseball Tournament at Jesuit High School (photo by Mike Camunas).

TAMPA — It’s a Monday Meetup for Sickles and Jesuit.

“It should be a good game,” Gryphons coach Eric Luksis said.

Indeed, as the Tigers and Sickles will meet Monday after the former defeated Jefferson 7-2, and the latter defeated Riverview 6-4 on Saturday afternoon.

“That was actually my first high-school home run ever,” said the beaming Mendes in post game, “and it was pretty awesome to do it in this tournament.”

And with ONE SWING of the bat, @JesuitBaseball takes a 4-0 lead thanks to a @mendeswes_ GRAND SLAM with two outs!!!!! Absolutely crushed by Wes. @813Preps #hsbaseball #grandslam #saladino2021 ?⚾️ pic.twitter.com/TYAVJHkFzI

In fact, all four teams that played at Jesuit on Saturday afternoon were happy to be back, not just in general, but back for the prestigious Saladino Baseball Tournament that was cancelled last year due to the pandemic.

“We love this,” Sickles coach Eric Luksis said, “and it’s just a big breath of fresh air to be out here playing baseball past (this time last year).”

Sickles (6-1) jumped out to a 4-0 by the fourth, but a four-run rally in the bottom of that inning by the Dragons thanks to Candan Stantucci and Fisher Weeks even the game. The Gryphons answered right back thanks to Luke Fikar and Mohr and with Bobby Christy shutting it down for the save in the seventh, secured a meeting with Jesuit on Monday. 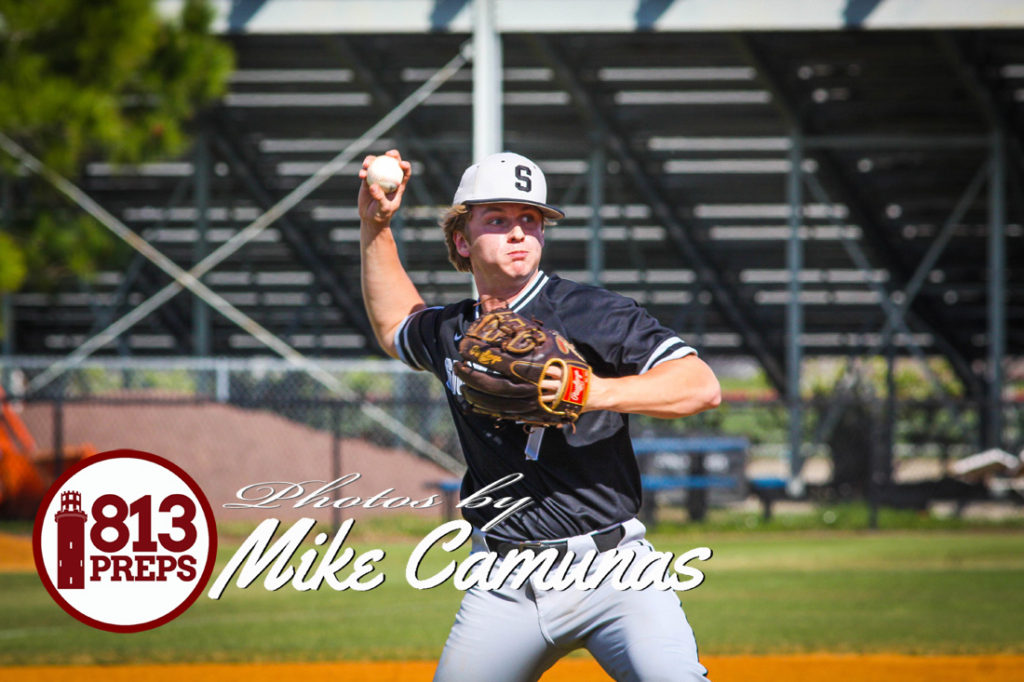 “We could’ve played a little better on that four spot,” Sickles’s Avery Bishop said, “but we pick each other up — that’s what we do.”

As for Jesuit (8-1), the Tigers cruised after Mendes’ grand slam, especially after he added an insurance run with an RBI double in the sixth.

@JesuitBaseball’s @mendeswes_’s postgame interview after a FIVE RBI outing that includes a GRAND SLME in the Tigers’ 7-2 win over @JHSDragonsBsbl in Day 1 of #saladino2021 @813Preps ?⚾️ pic.twitter.com/VepFHY71nR

“Obviously a very talented player that shows today what he’s capable of by knocking in five of the seven runs,” Jesuit coach Miguel Melenedez said. “But he’s only kind of figuring out how good he could be, so having a guy like that hittin in the nine hole, that’s just great.”

Jake Kulikowski also hit a two-run homer in the fifth for Jesuit, which is poised to host Sickles on Monday evening.