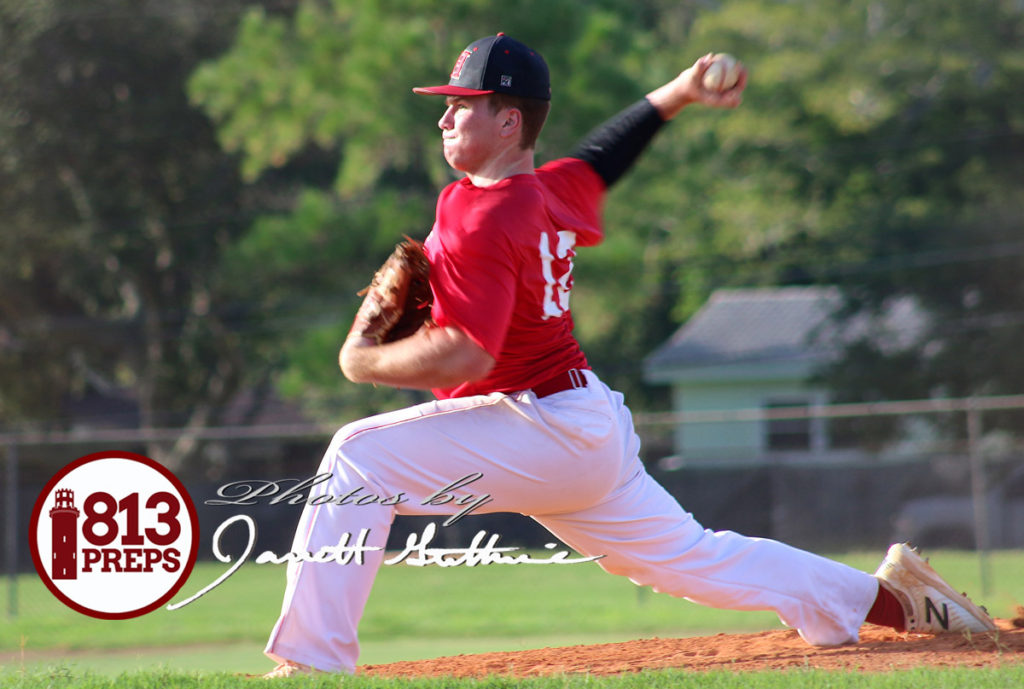 BRANDON – Hillsborough right-hander Brady Burgess pitched six strong innings, and his bat produced as many hits as his arm allowed in an 8-1 championship victory against Freedom in the Saladino Tournament Silver Division finale Wednesday night.

Burgess gave up only three singles – all by Raul Olivera – and contributed a third of the nine hits collected by the Terriers, who blew open a competitive game with six runs in the fourth. They had ample help, capitalizing on four errors and a pair of walks in the inning.

“That always helps,” coach Bryan Burgess said of any handouts for his son and teammates. “And we’ve been on the other end of that, so we’ll take whatever they give us.”

The game was tied at 1 before the outburst, which included four consecutive singles after the free passes.

“It starts with a walk,” Patriots coach Tripp Merrell said of such occasions. “You walk a guy, then all the sudden they get a hit or two. Then you boot a ball and you look at the scoreboard, and that’s what happened.”

Freedom (6-6) opened the scoring with an unearned run in the top of the first. Olivera led off with an infield single and moved up when Lucas Richardson was struck by a pitch. Olivera promptly stole third and headed home when the low throw wound up in left field.

Hillsborough (10-2) had runners on the corners in its half of the inning after two-out singles by Burgess and Tanner Jones, but Patriots starting pitcher Michael Morrison preserved the lead for the moment on a groundout.

In the third, Olivera again led off with a base hit. Richardson set up his second theft of third base with a bunt, but Burgess escaped the jam with an infield lineout and a strikeout.

“I fixate on a lot of things,” the St. Petersburg College-bound senior said. “I didn’t even care about the batter. I’m like, I’m not letting that guy score, because he was beating me the whole day. It ended up working out pretty good.”

Jones and Adrian Arroyo each had two hits for the Terriers, who scored single runs in the third and sixth innings. Arroyo and Cam Mallo drove in two runs apiece.

“They want to call it silver championship, whatever it is, we’re 4-0 on the week,” the Terriers coach said, “so we get to enjoy the rest of our spring break and get ready for the second half of the season.”