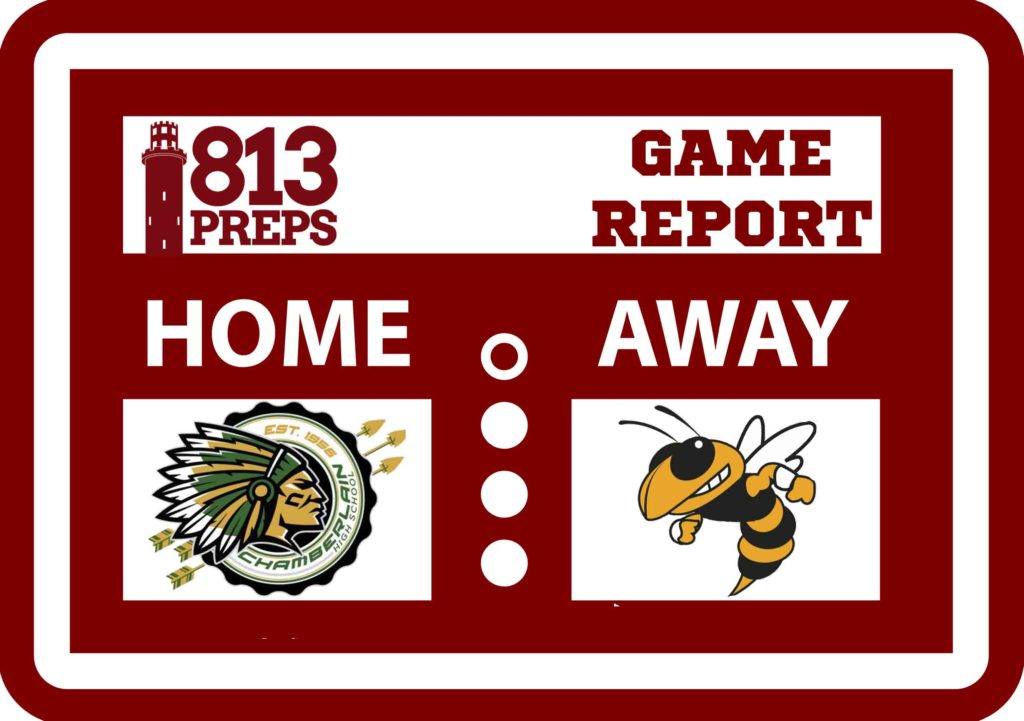 TAMPA – Forced to quarantine due to covid protocols at the beginning of the season, head coach Martin Ortega had a message for his young Chamberlain squad.

“We’ve harped on the fundamentals of this game,” Ortega said. “We told the kids just because you are at home doesn’t mean you should stop training and continuing to work.”

That work paid off on Monday as Ortega’s Chiefs earned their first victory of their season with an emphatic 13-3, five-inning victory over Blake.

The Yellow Jackets (0-7) started strong in the top of the first as Titus Woods-Ayers and Joshua Dunbar notched RBI singles to take the early two-run lead. 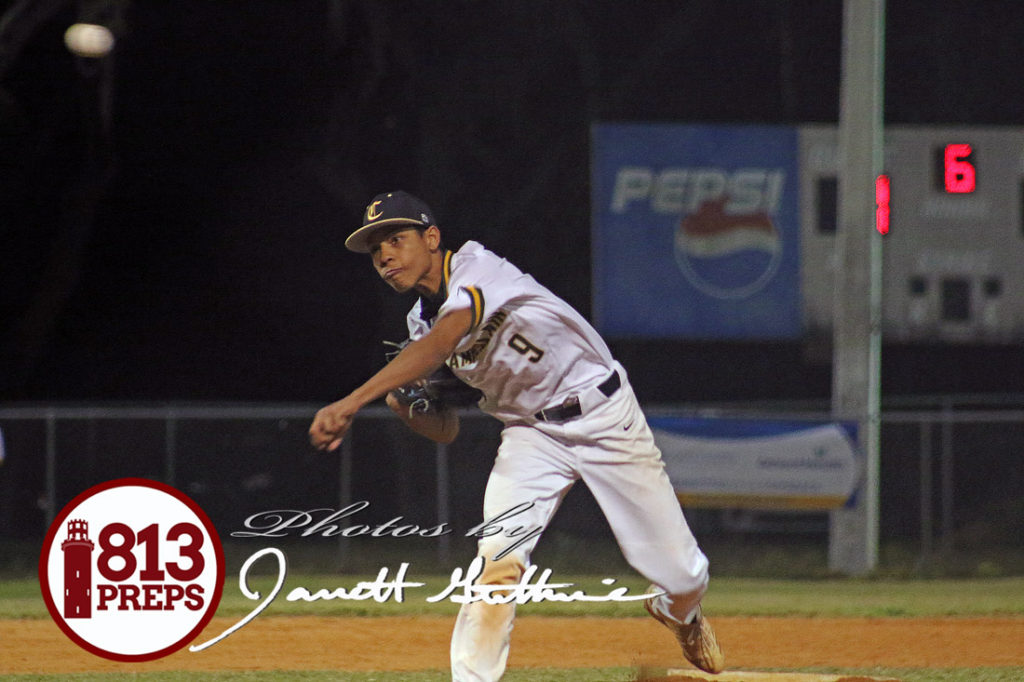 Chamberlain (1-5) would respond in the bottom of the frame when freshman Yadiel Garcia walked, stole second and eventually scored on a passed ball. The Chiefs added runs on an error, a groundout, and an RBI single from Bryant Santana to take a lead after the first.

After Dunbar (2-3, 2 RBI’s) tripled in a run to cut the lead in half in the top of the third, Chamberlain answered back with a huge bottom of the inning starting with an RBI on a single from Garcia (1-for-3, RBI, three runs) and a double from fellow freshman Kenneth Madrid (1-for-2, RBI, three runs). The Chiefs added a pair of runs on an error and a groundout by Michael Wormack.

“It felt good to get a win,” Garcia said. “I just tried to do my job as the starting pitcher and the defense backed me up.”

Chamberlain capped the scoring in a four-run fifth inning, scoring on a pair of errors, an RBI groundout by Adrian Vega and a single from sophomore Exysen Herrera (2-for-4, two RBI).